Due to extreme weather conditions across Europe this evening, Heathrow and other airports are experiencing delays and cancellations to flights.

by PA
in Travel, Travel News 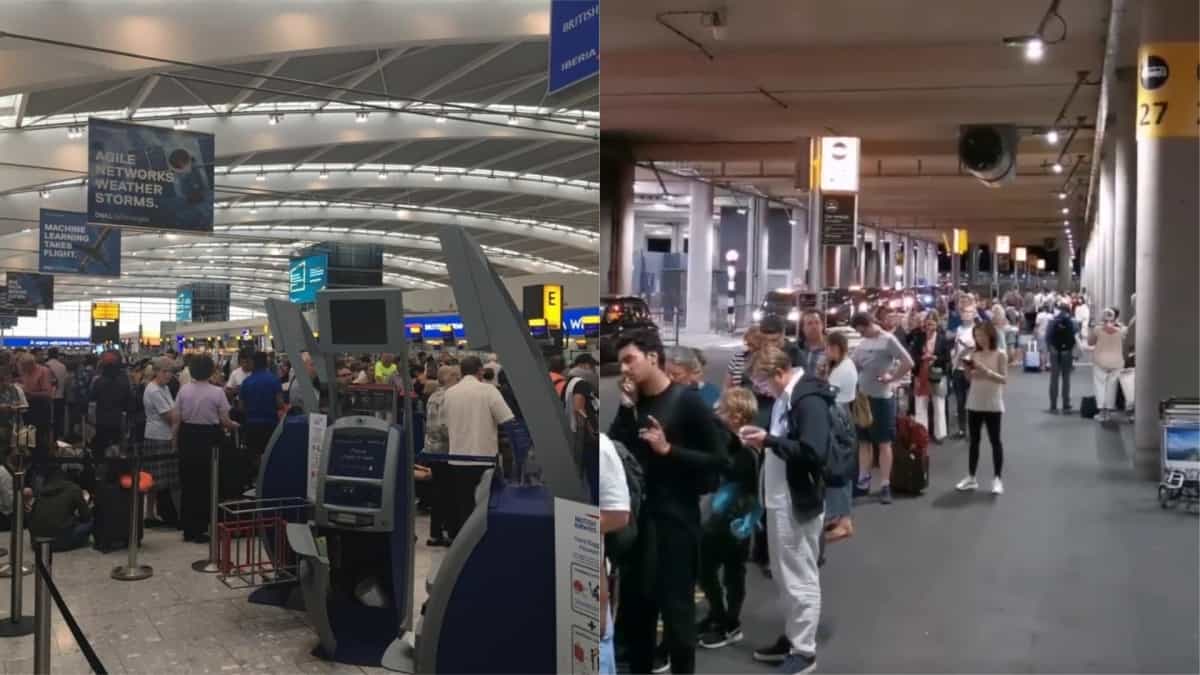 A new temperature record for July was set after the mercury reached 36.9C (98.4F) at Heathrow Airport on Thursday, which was followed by thunderstorms in some parts of the country on Thursday evening.

Heathrow Airport tweeted: “Due to extreme weather conditions across Europe this evening, Heathrow and other airports are experiencing delays and cancellations to flights.”

Due to extreme weather conditions across Europe this evening, Heathrow and other airports are experiencing delays and cancellations to flights. We’re very sorry for the disruption and advise you to contact your airline for more information.

Gatwick, Heathrow and Stansted were among the airports who blamed extreme weather for delays and cancellations.

British Airways announced that “severe thunderstorms are causing significant delays and cancellations to our operation in and out of London”.

Good morning from Gatwick! If you're travelling with us today do check your airline, as bad weather may cause some delays. – Nicole

Lynn Morrison, a passenger at Heathrow Airport, took to social media to share an image of the crowded airport, describing the conditions as “chaos”.

She said: “Caught up unfortunately in the chaos of British Airways and Heathrow Airport after lots of flight disruption across Europe due to hot weather yesterday and storms last night.”

Caught up unfortunately in the chaos of @British_Airways @HeathrowAirport after lots of flight disruption across Europe due to hot weather yesterday and storms last night pic.twitter.com/0NjYM89uu6

Craig Beale, 30, from Reading, was scheduled to fly from Frankfurt to Heathrow on Thursday.

He told PA: “It was mentioned as delayed at boarding gate as the previous flight was cancelled in the afternoon and this plane was completely full… the crew were providing water, thank God.

“Finally arriving at 2.25 BST, more than six hours after our scheduled landing time.”

@HeathrowAirport, you are a joke! No staff on hand to help thousands of stranded customers. All bags not returned to customers. A queue of over 1000 people for taxi's. How can you leave people like this?! @BBCNews time to shame this abmisimal service pic.twitter.com/T3Y1dVjDV6

Laura Wallace, 55, from London, told PA that her flight from Heathrow to Copenhagen on Thursday was so delayed that she cancelled her trip.

She said: “Although the flight staff tried their best, under-staffed, badly managed, little information and underfunded Heathrow failed on every level.

“We could have flown easily with a more efficient system on the ground before the storm hit. Or taken another route to avoid the storm.”

Severe thunderstorms are causing significant delays and cancellations to our operation in and out of London. We’re very sorry for the inconvenience this is causing our customers. If your flight has been disrupted, please call our helpline on +44 203 250 0145

Alana Gomez, spokesperson for Jet Cost, said: “Whilst passengers are justifiably aggrieved by the lengthy delays, they must understand that in these situations the safety of the passengers and crew is paramount, and the conditions felt yesterday made it dangerous to fly.”

Network Rail said: “Passengers are strongly advised to consider alternative travel arrangements and only travel if their journey is absolutely necessary.”

Temperatures reached up to 38.1C (100.6F) in parts of the UK on Thursday, however the weather is expected to keep within the mid-20s to the low 30s range on Friday.