If there’s one thing the UK’s not short of, it’s hotels fit for a king or queen. In London and beyond, there’s five-star hotels a-go go, as well as luxury boutique retreats that are well used to catering for an audience demanding discretion and quality. Of course, it all comes at a price. But for […] 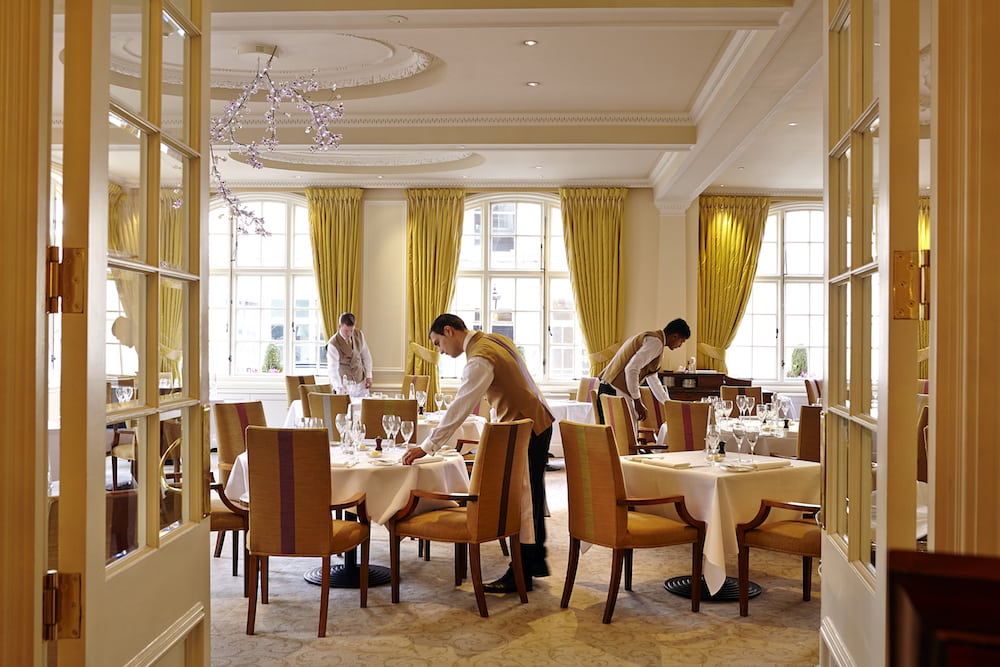 The Restaurant @ The Goring

If there’s one thing the UK’s not short of, it’s hotels fit for a king or queen. In London and beyond, there’s five-star hotels a-go go, as well as luxury boutique retreats that are well used to catering for an audience demanding discretion and quality.

Of course, it all comes at a price. But for those with cash to spare, or those keen to celebrate with the royals during Prince Harry and Meghan Markle’s wedding on May 19, here are five residences to feel like a pampered princess.

On Her Maj’s doorstep, The Goring is the only hotel with a Royal Warrant for their hospitality services – a testament to the highest of standards they hold. Often used as accommodation for guests of Buckingham Palace (and famously booked out by Kate Middleton and family the night before her royal wedding) it exudes British formality that’s shown in the impeccable service and first-class cuisine, served in the Michelin-starred restaurant that’s a favourite with The Queen when she wants a night out. 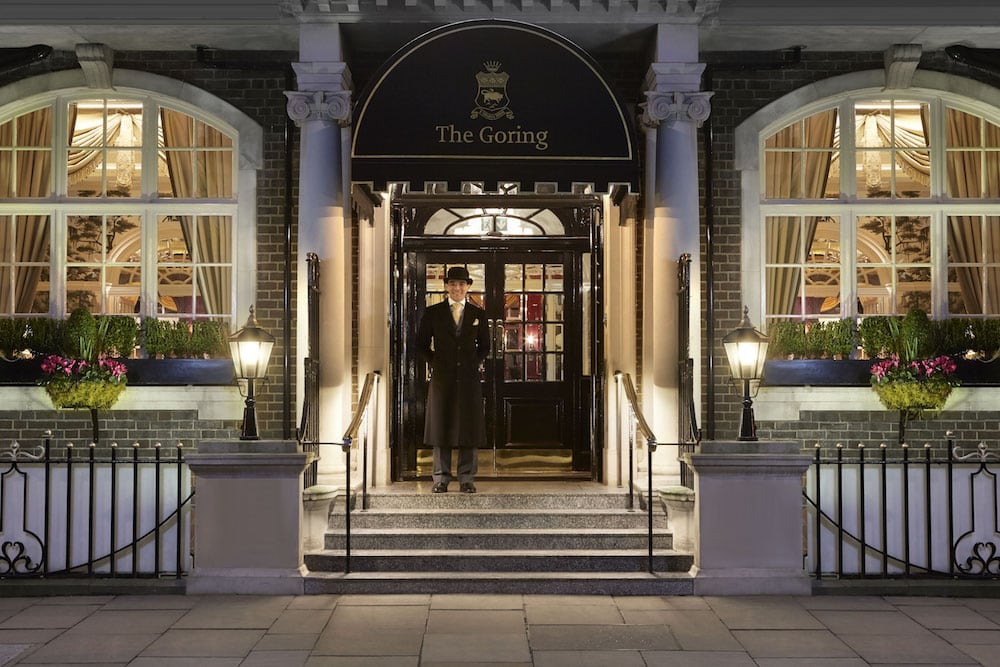 But you’ll find quirky British insights too: the hotel mascot of Barbara the sheep is found on every bed, by the fire, and even on the reception staff’s ties. Meanwhile in the lobby, the hand-painted wallpaper shows key people in the hotel’s history depicted as various animals. With such attention to detail, you can understand why it has a reputation for delivering a flawless experience.

The Rubens at the Palace

Another hotel just down the road from Buckingham Palace, Rubens at the Palace began its life in 1700 when it formed part of the complex owned by the Duke of Buckingham. When Buckingham Palace first the hotel accommodated middle-ranking servants but it’s since become more upscale. Its restaurant, The English Grill, serves meat from Aubrey Allen, the palace’s butcher of choice – tuck into succulent Kobe beef, washed down with wines from the owner’s private collection (which range up to £4,900 a bottle). 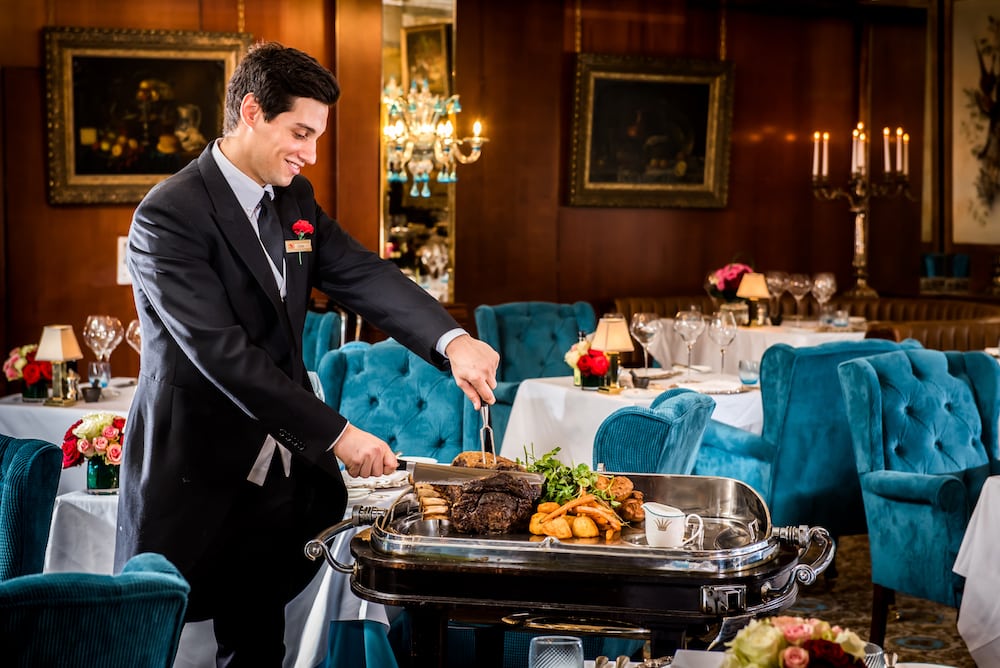 On May 24, the hotel will unveil their newest update: the Leopard Bar, featuring live jazz music plus 200 whiskies and 30 Champagnes, all available by the glass.

Very close to Windsor, where Harry and Meghan’s wedding takes place, the beautiful grounds of Stoke Park form a majestic backdrop for a stay. There’s the postcard-perfect lake that was featured in Bridget Jones Diary, over which Repton Bridge provides an excellent vantage point to view the stately house. It doubles at a country club (England’s first, no less) so the facilities are second to none. 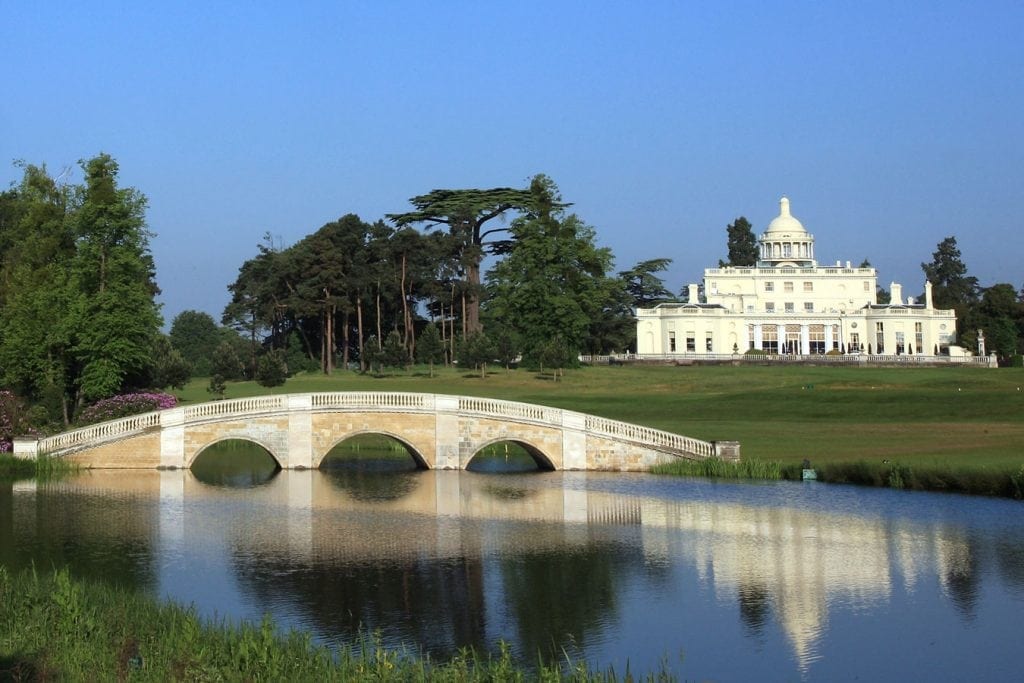 There’s Wimbledon-specification tennis courts, a championship golf course, swimming pools, a spa, a state-of-the-art gym and a packed schedule of complimentary classes, all found in the contemporary wing of the hotel. But if you’re in the main house, you’ll want to spend your time in the magnificent rooms, most of which feature a bathtub in which to soak away any worry.

Found in the heart of London, Dean Street Townhouse is the sister accommodation to Soho House, the members club where Harry and Meghan met. As we’d expect from the brand, it’s a sleek operation, whose plush décor and low-key feel makes it popular with creative and high-end clients.

Perhaps one best suited to the paparazzi, the Milestone is right outside the doors of Kensington Palace, meaning its higher storeys can get a view right inside the palace grounds. The view’s not the only thing going for it. Managed by the high-end Red Carnations group, who also look after Rubens at the Palace, it offers historic, English refinement in a plush setting. Think large sash windows, mahogany furniture and soft floral patterns.