Flight BA422 from Heathrow was evacuated upon landing in Valencia, Spain, with passengers escaping via emergency slides. 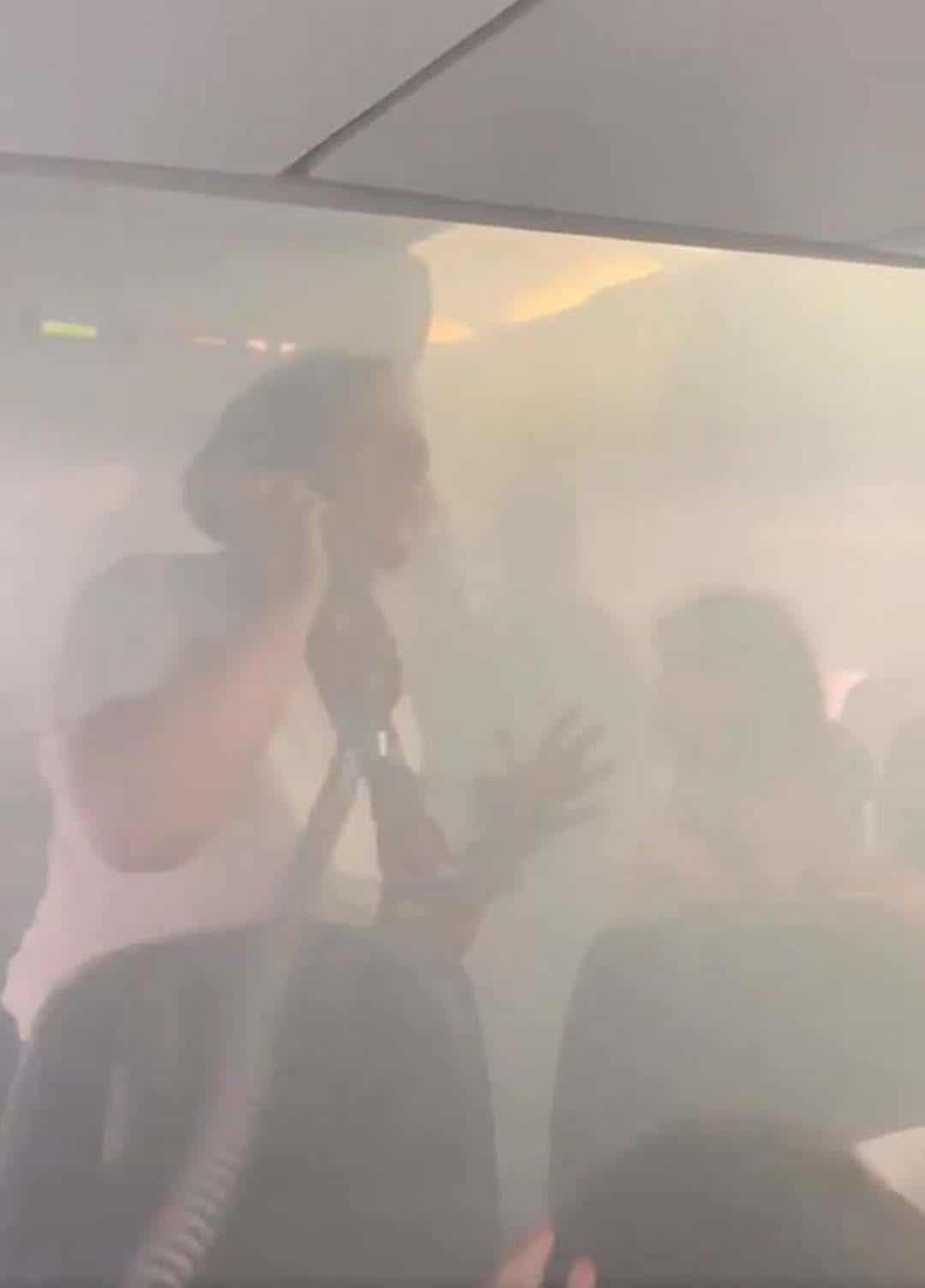 Screengrab taken with permission from a video posted by @gaylem1978 of smoke in the cabin of British Airways flight, BA422, that had to be evacuated minutes before it was due to land.

Two British Airways pilots were forced to wear goggles and oxygen masks as they landed a plane while smoke poured into the cockpit.

The pair were praised by pilots’ union Balpa for “a job very well done” after touching down safely in Valencia, Spain, on Monday night.

Flight BA422 from Heathrow was evacuated upon landing, with passengers escaping via emergency slides.

Balpa general secretary Brian Strutton said: “Pilots are highly-trained and ready to handle emergencies of all kinds, but, when one happens, the only thing that matters is whether the job gets done.

“In this case, the pilots and crew appear to have done an excellent and highly professional job of getting this aircraft safely on to the ground in very difficult circumstances, and safely evacuating all the passengers with no reported serious injuries.

“We believe the pilots landed this aircraft wearing full oxygen masks and goggles, which is extremely challenging.

“We will await the accident report, but this looks to have been a very well-managed emergency situation, and overall a good outcome, and I pay tribute to the pilots and crew for a job very well done.”

A statement from British Airways said the plane “experienced a technical issue”.

It added: “All our customers were evacuated safely by our crew and met by the airport’s emergency services.

“There were 175 customers on board the flight, with six cabin crew and two pilots. Three customers were taken to hospital as a precaution and have since been discharged.

“The safety of our customers and crew is always our highest priority.”

Passengers took to social media to share videos and photos of their “terrifying” experience.

Gayle Fitzpatrick, from Glasgow, who was on holiday with her husband Stephen, described the moment smoke entered the cabin.

She said: “It was very scary. The flight was just ending, and with 10 minutes to go the flight started descending rapidly as smoke started to fill the cabin.

“A detector was going off, saying the cabin was filling with smoke. It was like a horrible, white, acrid smoke.

“There was chat it was an air conditioning unit. There were no communications from the crew, some of which started to wear full oxygen masks and protective fire wear.

“Eventually they managed to open the emergency doors and told us to go down the chutes.

“There were fire engines waiting and then we were all ushered into a bus then to the airport.

“We are still waiting to hear what happened. People were crying and hyperventilating. It was genuinely scary.”

She added: “We were not told it was an emergency until we had landed and they were trying to open the cabin doors for passengers to jump down the chutes.”

Another passenger tweeted photos of the incident, saying: “Terrifying experience on flight to Valencia. Felt like horror film. Thankfully everyone safe. Flight filled with smoke and had to be emergency evacuated.”