A look beyond troubling headlines to the sights and sounds of Central America. 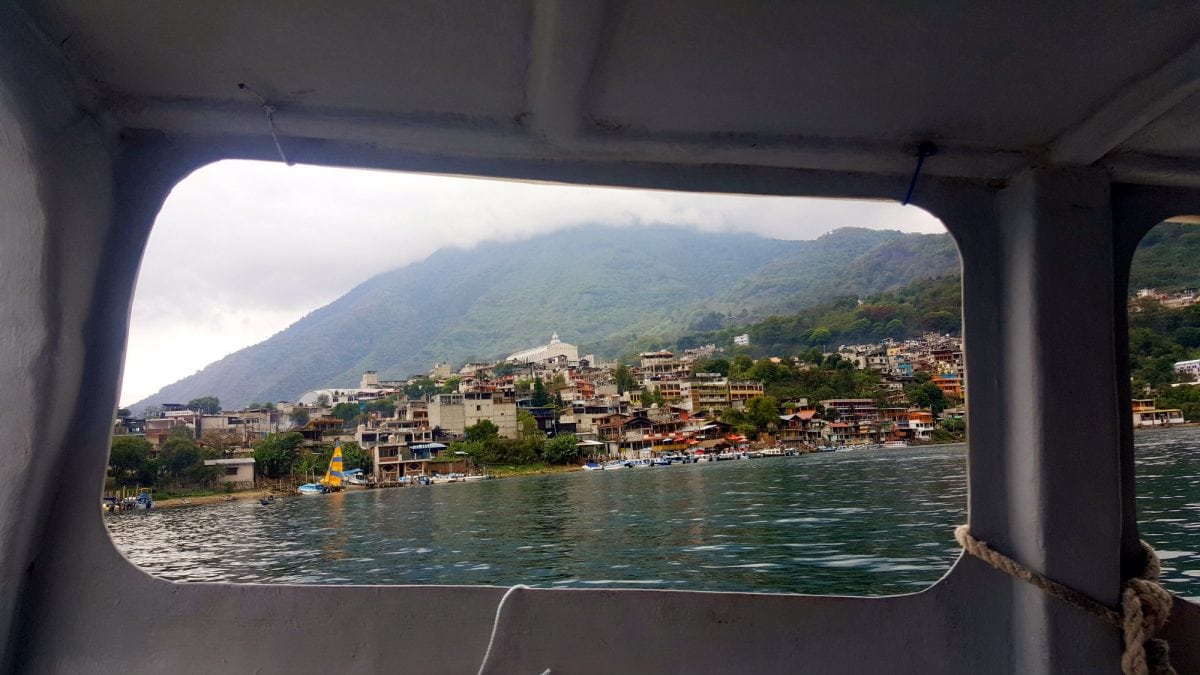 For a person who lives on a relatively tiny island, where a trip from one side of London to the other feels like an odyssey, visualising what it must be like to travel across Central America is mind-boggling, in both the things you need to see on a visit – and the vast distances you will need to cover to take it all in. This summer I spent 10 days on a whistle-stop tour of Guatemala and El Salvador, and barely scratched the surface of what the countries have to offer.

In that time we travelled from the urban sprawl of Guatemala City and across craggy landscapes to colonial Antigua. We took to the water of Lake Atitlan in the highlands of the country to visit the steep hills and narrow streets of the villages which dot its banks, then back on the road to gaze upon the alien structures and abundant wildlife of Tikal. We bisected the streets of San Salvador, cutting a swathe from one volcanic hillside to another as a thunderstorm broke above us, and left the rush of city life behind for the rolling countryside and dramatic beaches of the Pacific coastline. All in 10 days.

If you are planning a visit to Central America, budget for travel. Rent guides, take tours and board flights. Whether it’s a short internal plane ride to the Isla De Flores to have breakfast on the water and a stroll around its pastel town, or a breakneck flatbed truck ride into the hills of Suchitoto for a pupusa in the shadow of a dormant volcano, this is a land ripe with opportunity to take an unscheduled adventure.

The time it takes to travel between two of Central America’s most vibrant cities – Guatemala City and San Salvador – is so quick you can have breakfast in one and arrive in the other in time for brunch. In central Guatemala City, taxis are plenty. If you are feeling adventurous you can also try one of the cities hundreds of iconic chicken buses, which are impossible to miss the moment you arrive in the country. These buses are retired US school buses, re-purposed, re-tooled and, most importantly, redecorated to serve as one of Guatemala’s dominant travel services. Each one is privately owned and therefore has its own distinct personality, from garish LED lights and displays with screeching flames mingling with religious iconography, to some genuinely impressive works of art.

San Salvador’s road culture is just as vibrant. Here, the chicken buses are replaced by motorcycles as the dominant form of automotive artistic expression, with the streetlights outshone by under-chassis neon lighting which brings the road alive as clusters of riders rush by. If you find yourself a little further afield, such as in the villages surrounding the bright white Colonial-style facades of Suchitoto, more unorthodox modes of transport might be your most convenient option. After a few days of travelling in the comfort of airplane seats and air conditioned people-carriers, the sleepy settlements in the Guatemalan hills afford the opportunity for more high-octane transit in a brisk ride in the back of a flatbed. On our trip we were racing to an early-morning meet with an ex-guerrilla fighter, who proudly shared his exploits in the civil war – in between anecdotes about his career as a birdwatcher and his life as a farmer.

Lake Atitlan has its own version of the iconic Tuk Tuk to sample – a three-wheeled trike set-up with room in the back for two passengers – three at a squeeze – which thread their way through the cobbled streets. Cheap, quick and exciting, a Tuk Tuk is the transport of choice if one of the lake’s hill climbs looks too intimidating. The lake itself is a true spectacle, flanked on all sides by volcanic scenery, 5,000 feet above sea level in rolling mists, and hopping on a boat to criss-cross its turquoise water is the perfect way to take in the small settlements which jut from the green beaches and harbours. Also, be sure to stop in at the town of Santiago, on the far side of the lake, to pay your respects to Maximon, a highly-revered deity in rural Guatemala.

In Santiago, Maximon is represented as a wooden effigy which spends a month of each year in one of the deity’s followers’ homes, where worshippers visit to offer the deity cigars, alcohol and money in exchange for favour with the spirit. A mixture of genuine spirituality, ancient Mayan practices and a dash of local enterprise, this ritual is multi-sensory, with alcohol flowing as tobacco smoke fills the small home where he is worshipped, and has to be witnessed as both a bizarre spectacle and as a strangely sweet quirk of local culture.

Of course, both Guatemala and El Salvador have plenty to offer those willing to get out and stretch their legs. After nine days of the hum of the city and the birdsong of the countryside, the crash of water at La Libertad Beach invigorates the senses. In the rainy season El Salvador is hot and humid, but the Pacific coastline is crisp and light, with the smell of salt and seafood in the air. It’s well worth donning your sandals for a walk along the pier to pick up some fresh red snapper and gain an insight into the dedicated fishing community which scour the shoals along the coastline.

Spent the whole day walking around massive, ancient Mayan pyramids in Tikla, Guatemala. Also it was where they shot a lot of the external Yavin stuff for A New Hope. Some of the most incredible views I’ve ever seen. Still, look at this lil ant hitching a ride on this big ant’s leaf! Plus plus, bullet ants too? #ants #thanksants #thants #tikla #flores #floresguatemala #CATA #CentralAmerica #Mayan #mayanruins

As for Guatemala, Tikal offers the best views-to-steps ratio. The UNESCO World Heritage site is the biggest excavation of Mayan structures in the world, and they are an unmissable sight. The entire tour across all main sites will take you the day, and pack your suncream. These pyramids are a wonder and unbelievably well-preserved. Save your energy for the steps and climb to the pinnacle of one of these ancient behemoths – the view across the forest is really something, especially on a clear day. Hiking boots recommended however – bullet ants and tarantulas are a novel sight and relatively friendly local residents to see in the flesh, just not perched on the end of your toe.

For more information about travelling across countries in Central America, see visitcentroamerica.com