by Shilpa Ganatra, travel editor Oh I do like to be beside the seaside. And you do too – don’t pretend you don’t. For all that city living offers us, there’s no replicating the sea air, or spectacular coastal views. With that in mind, I packed up our weekend bag and hopped in the car […] 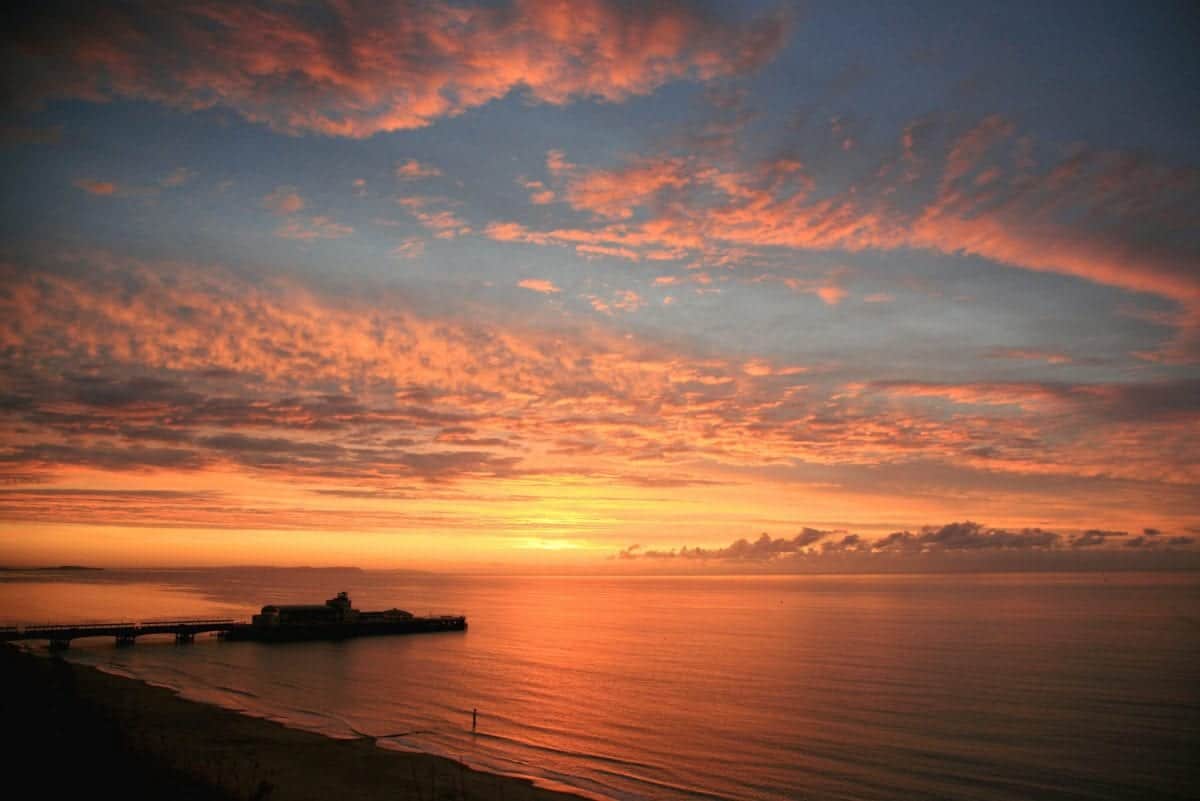 Oh I do like to be beside the seaside. And you do too – don’t pretend you don’t. For all that city living offers us, there’s no replicating the sea air, or spectacular coastal views. With that in mind, I packed up our weekend bag and hopped in the car for a weekend in Bournemouth, a place I last went on a family trip in my pre-teens.

Luckily, it’s changed since then. Around three hours from London (if, like us, you’re a slow driver), our stay was based at the Marriott Highcliff Hotel. Like the name suggests, it’s perched on the famed cliffs, grandly looking at the Atlantic. It makes for some view in the morning; the bay windows of the hotel rooms are like a postcard frame on a sunny day.

So it’s nicely located for the coast and the lovely long walks that go with it (there’s no shortage of amazing walks in Bournemouth). But it’s also near enough to its town centre and the myriad of restaurants, shops and bars, ideal for urbanites who will shrivel and die if they’re not within 500 metres of a Caffe Nero.

But our first stop is Compton Acres, a five-minute drive from the hotel. You’d be forgiven for thinking you were entering a gardening centre, but actually hidden behind the centre is a not-so-secret, expansive garden.

It’s so dense and packed with exciting features that without the map provided, you’d think you were permanently lost. But the winding paths and different scenes (check out the Japanese Garden for an otherworldly feel) are part of a large loop, with every part more Instagrammable than the last.

After a long walk, you’ll deserve a stop-off at the café. Not only do they sell a range of drinks – including prosecco from English producers – but their Englishness continues with their afternoon tea.

A delightful three tiers, it’s a reasonably-priced £12.95 for a hot drink with a selection of sandwiches, petit fours and cakes – including a light, crumbly scone served with clotted cream and jam. Delish.

Dinner was an equal delight. Bournemouth has plenty of options for foodies, with Edge, West Beach, Arbor and Plates & Co all Michelin-recommended. But we stayed in the hotel as the revamped Highcliff Grill sold itself as more than an average hotel restaurant. Fightin’ words, say we.

New(ish) head chef Nick St Peter heading up the kitchen, with the menu reflecting his experience at five-star hotels. Innovative dishes like his vegetarian pumpkin and parsnip shepherd’s pie and brill with smoked butternut squash (Bournemouth & Poole is officially the world’s first Sustainable Fish City, btw) are smart updates to classic staples, especially as they veer from high-quality comfort food to haute cuisine – accurately reflecting our tastes as the British weather changes.

The major let-down is the space itself. Despite the gorgeous sea views, the characterless room is an average hotel restaurant, and doesn’t match the food it serves.

It matters less when, after a great sleep, breakfast is served in the very same room. Then it’s fine, because coffee and eggs. There’s plenty more besides, with freshly made waffles, pancakes and omelettes, in addition to plenty of pastries, cereals and breads.

To work off the excess, I use the gym – a small but well-equipped room – and pass up the busy swimming pool to take a more relaxing massage. Which was bliss.

Massages done outside of a spa always carry the danger of being undecadent (listening to the staff conversations outside a door isn’t generally the way I like to distress), but this is one of the few I’ve had where I spent the whole 30 minutes consciously trying not to drift off – the masseur was that good.

Suitably fed and pampered, it was time to float off back to London for my non-coastal real-life, but dreaming of lovely massages and brisk walks, I’m already plotting my return.