by Rosie Benson, travel writer Thought Scottish cuisine stopped at haggis and deep-fried Mars bars? Think again. In recent years Scotland has been transforming its culinary culture, with Glasgow, its largest city, leading the way. This year sees the launch of Glasgow’s first restaurant festival; a month long celebration of local produce and businesses, giving restaurateurs the chance to showcase their most mouth-watering creations. At TLE, our epicuriosity knows no bounds, so we went to see […] 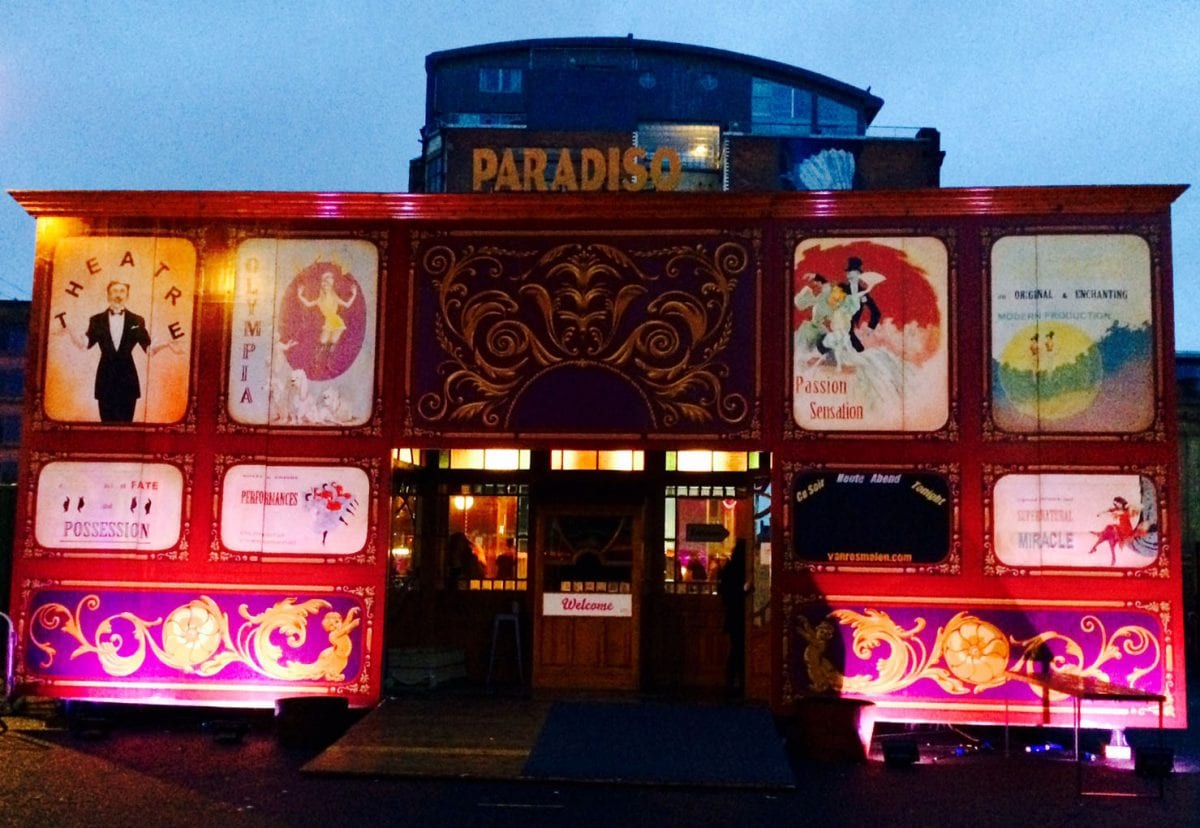 Thought Scottish cuisine stopped at haggis and deep-fried Mars bars? Think again. In recent years Scotland has been transforming its culinary culture, with Glasgow, its largest city, leading the way.

This year sees the launch of Glasgow’s first restaurant festival; a month long celebration of local produce and businesses, giving restaurateurs the chance to showcase their most mouth-watering creations. At TLE, our epicuriosity knows no bounds, so we went to see what was on offer. If it’s fresh ingredients with a local feel that you’re after, drop in to The Ubiquitous Chip or ‘The Chip’ as everyone refers to it. Here we sampled the brasserie evening menu, with starters costing between £5-£7 and mains £8-£16. In an effort to be brave, we ordered the venison haggis with neeps‘n’ tatties (read: mashed turnip and potato). I did my best to fight feelings of squeamishness over the ingredients of lung, heart and liver.

I was pleasantly surprised when it arrived looking not just edible, but appetising, and I enjoyed its strong flavour and mince-like texture. Other dishes on offer included plenty of fresh fish and root vegetables, which made the menu feel decidedly homely. What’s more, the romantic interior of cobblestones, vine leaves, and fairy lights, almost had us believing we were dining in a European courtyard.

Saturday morning saw us heading to BabuBombay, a small Indian café that began life as one of Glasgow’s first street kitchens. Here you canfind authentic Indian food with an English twist. We had the Full Bombay Breakfast for £8.30, with a cup of chai tea (£3). Babu’s interior of miniature square tables, plastic stools and Bollywood posters evokes the laid-back atmosphere of an Indian street café, but the chai will make you feel as though you’ve started your day with a little luxury already. It’s thick, creamy, with just the right amount of spice – by far exceeding your average coffee shop.

Being in Scotland we of course couldn’t neglect the country’s beer brewing and whisky distilling heritage.

A tour of Drygate brewery found us sampling seven different beers, alongside a hearty fish and chip supper. Drygate has produced over 100 different brews since its foundation in 2014, including the delicious Outaspace apple ale; a sweet and smooth concoction with fruity undertones. Although only two years young, business is booming at Drygate thanks to the popularity of its beer, brewery tours, and regular comedy and music nights.

As if all that beer sampling wasn’t enough, we also took a trip to Glengoyne whisky distillery. This rustic distillery, nestled among the craggy hills of the highlands-lowlands border, is where their single-malt whisky has been produced for over 150 years. It’s just 14 miles from Glasgow and easily reachable by bus or taxi. We went on the chocolate and whisky-tasting tour (£25 per person) where we sampled the delicious 15 and 21 year-old bottles.

The process of whisky making is a lengthy one, and Glengoyne pride themselves on taking the time and care to create a product that is “never rushed, never crowded, never compromised”. Each batch is matured for a minimum of ten years before being bottled. The distilling process essentially means that less whisky is produced the longer it is matured, so while a ten-year-old bottle (their youngest) costs just £35.49, their oldest at 35 years will set you back a hefty £2,850. Even if you’re not a whisky aficionado, it’s worth making the trip to admire the countryside. Rugged hills and heather frame the grounds of Glengoyne, which boasts its very own waterfall. In the past this was used to assist in the distilling process. Nowadays, they use water from nearby Carron valley, taking advantage of Scotland’s wet weather and saving energy in the process.

And it is wet. Be prepared to bring a brolly in your suitcase. If you’re English (ie used to it), it shouldn’t bother you too much, and the rain by no means dampened our spirits. In fact, it only made us feel cosier when we arrived in the Glasgow Restaurant Festival’s Spiegeltent in Candleriggs Square for our Twisted Surf ‘n’ Turf dinner. Here, you’d be forgiven for thinking you’d stumbled across Liza Minnelli’s cabaret club; not a previously unused part of the city centre. Inside, small wooden tables illuminated by candlelight were dotted across the circular floor, while local musicians playedacoustic sets from the soft purple-lit stage.

The idea of the festival is to showcase as much home-grown talent as possible, so a different restaurant takes over every night. We were lucky enough to get in on the sold-out night that steak experts Porter & Rye were hosting, along with 2015’s UK Seafood Restaurant of the Year, Gamba. Diners can pick from a mixture of the two set menus, (between £15 and £25 per person) and we did just that, starting with a delicious eastern-inspired fish soup, followed by steamed King scallops and monkfish. We topped it off with two flaming crème brulees (peanut butter and strawberry jam) and a pistachio and white chocolate cookie. The bar kept us well stocked with prosecco and cocktails, and with the gravelly sounds of Glaswegian singer Jonny Jack in our ears, we were well and truly seduced by this pop-up food playground.

But, just as important as where to eat is surely, where to stay. After a long day of eating and drinking, at the forefront of your mind will surely be, where can I lie down and not move for eight hours? Glasgow’s Grand Central Hotel did not disappoint. It has recently undergone a £20 million refurbishment, and is located directly above the main station. Our room was spacious and comfortable, with a bathtub deep enough to have a little swim. Breakfast was tasty although not extensive, and while the champagne bar looked inviting, it was ultimately too crowded and stuffy to suit a Saturday night aperitif. However, the grand staircase and hanging chandeliers brought an extra touch of luxury to the interior of this four star Victorian hotel, where rooms start from £99 per night.

For our last meal before heading home? It had to be champagne lunch at The Gannet. One of only three restaurants in Glasgow to receive a coveted three AA Rosette award, this is the place to come for an opulent lunch that pulls out all the stops. At £30 for three courses and a glass of champagne, you can hardly refuse. We tried the ravioli with hedgehog mushrooms and shavings of goats cheese, followed by pan-fried mullet on a bed of Shetland mussels and pepper dulse. It was the desserts that really sold it to us though; the milk chocolate feuilletine was delightful, but we simply marvelled at the salted caramel fondant and tonkabean ice cream. Yes, a fondant that spills hot salted caramel at the touch of a spoon. They deserve another AA Rosette just for that.

Ultimately, Glasgow is full of surprises; long known for its history of art, recent years have seenmusic venues, pop-up restaurants and small businesses inject new life into this city, which haslong been eschewed for the more famous Edinburgh. Adele recently played here at SSE Hydro, the world’s third busiest music arena, and the Scottish opera, ballet and national theatre continue to attract more visitors every year.

But it’s with Glasgow’s independently owned businesses that you really get a feel for the Glaswegian entrepreneurial spirit and creativity. As artists and small business owners continue to struggle to earn a living in London, Glasgow is making a strong claim to an alternative. Surely it’s not long before this city is known not just for its artistic credentials, but its culinary delights too.