"Bullying is never acceptable," the education minister said. Except, it would seem, if you're a Tory politician. 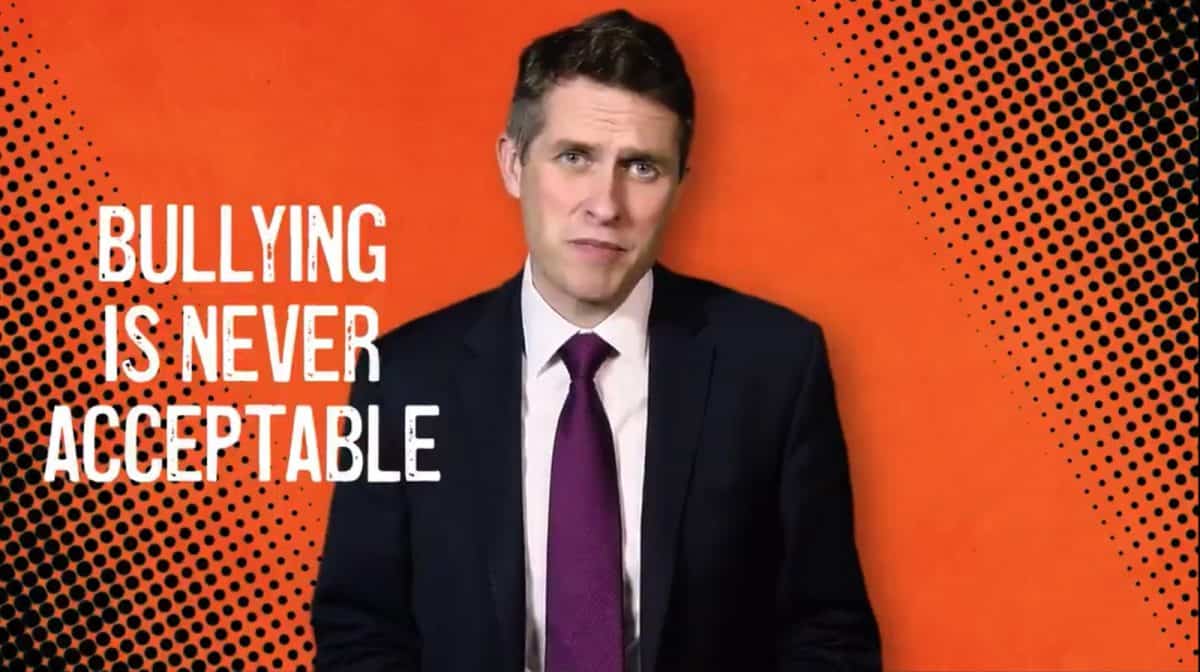 An anti-bullying video released by the government has been ridiculed after one of its senior ministers faced disciplinary actions over allegations of bullying in the same week.

The Department for Education released the informative clip to mark anti-bullying week – with Gavin Williamson saying “it is never acceptable”.

The lack of action was described as a “Prime Ministerial cover-up” that is “tantamount to condoning bullying”  by shadow home secretary Nick Thomas-Symonds, but it is a video by Williamson that is making the biggest splash on social.

All children should feel safe in school and at home. Education Secretary @GavinWilliamson talks about the importance of protecting our children and young people from bullying. #AntiBullyingWeek pic.twitter.com/HuyXEO2kg4

“Bullying is never acceptable. Every school must have anti-bullying policies in place so no pupil fears coming to school or working online.”

“That’s why we’re…backing headteachers to make classrooms calm and disciplined to bring out the very best of each pupil and we are taking forward plans to make the internet a safer place for all users.”

He adds: “With so much of life this year having gone ‘virtual’ our new relationships education is teaching children how to respect others.

“Together, we can make sure every child grows up feeling confident and free to be themselves and stamp out bullying.”

So far, at least @GavinWilliamson has not joined his fellow ministers and MPs in supporting Patel’s bullying. In fact, he seems to be trolling her and maybe even the PM? https://t.co/wysJ2waKbe

If @GavinWilliamson really believes in the importance of tackling bullying, he needs to tell @10DowningStreet that for the PM to sit on a report about bullying by his own home secretary, and fail to take action, is downright unacceptable, and a total failure of leadership https://t.co/uYs2QyOTDO