Audi’s super estate is designed to deliver on every front – is this really the best estate car in the world? 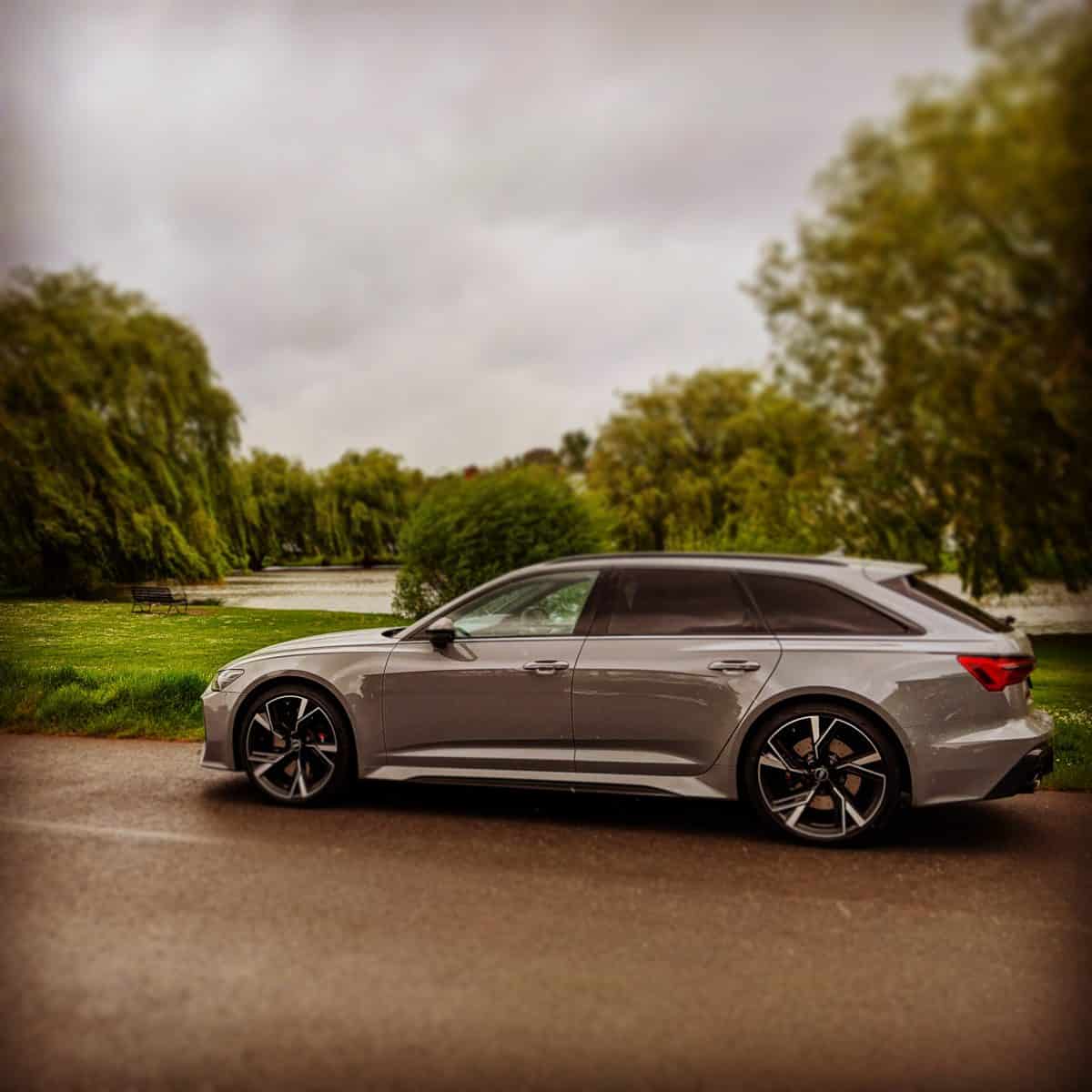 The estate car has somewhat gone out of fashion in recent years as people have scrambled to buy SUVs and cross overs. Quite why remains a mystery, since there is a subtlety and elegance to the longer lines of an estate that cannot be matched by an SUV. I guess people prefer the bulk and perceived safety of the SUV design, feeling more cosseted from the world outside. To those who still enjoy the act of driving, however, there are still one or two estates out there that light the automotive flame and straddle the boundary between performance practicality.

The Audi RS6 is a totemic figure in the automotive world. In the compilation of any fantasy garage there is an acceptance that the humble motor car must return to its roots at some point and provide a healthy dose of practicality. The Audi RS6 more often than not gets the nod to fulfil this brief.

You can sense the lines this car straddles when driving it, too. It is designed to be fast, fun and practical. It also helps that it’s unquestionably a good-looking car. The flared wheel arches and 22” wheels are fitting for a car of this stature and only add to its appeal.

The 4.0-lite twin-turbo V8 is the same as that used across the top of Audi’s practical performance RS range in the RS7 and RS Q8. It pumps out 592bhp and sends the RS6 from standstill to 60mph in just 3.6secs.

The four-wheel steering is also a commonality across the range and the RS6 possesses surprising agility to accompany its hooligan straight line performance. Yes, it’s a big car, but the changes of direction are swift and predictable, leaving you confident in pushing it along in any setting.

It also possesses a more muted tone, too. In efficiency and comfort settings it’s very pliant and surprisingly smooth. It just glides and the big V8 hums along at 1700rpm at 70mph. It makes it quiet and relaxing, not an experience I was entirely expecting.

With the easing of lockdown we went on a family trip to Beaminster in Dorset. This was good news, because it meant an opportunity to really put the Audi RS6 through its paces. First, it had to accommodate everything you need for two adults and a toddler. It passed this test with flying colours, unsurprisingly.

Then it had to get us there and back, covering motorway and B-road miles. On the M3 and A303 it just devoured the miles. When you need to overtake a lorry on the single lane sections, even in efficiency mode, the V8 flares up and sends you around in no time.

This left a hankering for a more demanding setting. The A3066 and B3157 provided this, with the tight, twisting country roads of the former turning into the spectacular coastal path of the latter. With dramatic undulations and tight corners, it provided a true test of the RS6’s sporting credentials. Yes, it can perform spectacularly in a straight line, but is it fun to drive?

The answer is yes. Yes, it is. The brakes do a fantastic job of controlling the mass and there’s so much traction that you can get back on the power out of a corner as soon as you dare. The steering is precise and there’s enough feedback to work with to know what the tyres are doing in front of you.

The RS configuration enables you set things up as you wish, so with everything in its most aggressive guise and the exhaust note set to ‘pronounced’, the RS6 fairly ripped along.

It’s not quite as aggressive as the RS7, which almost always demands to be driven aggressively, but the power and punch are there when you want them to be. The estate body and larger of volume of space in the cabin lend a different character to the RS6 and the all-round appeal is greater as a result. If you’re on the look out for a more aggressive gait, the RS7 is arguably the choice. Either way, nice problem to have!

As an estate, the Audi RS6 comprehensively delivers on the practicality front. There’s loads of space in here. Where it also delivers is with several nice little touches. The seats are comfortable and the use of alcantara on the steering wheel and gear leaver is comforting. The Bang & Olufsen sound system on the model tested was great. The self-parking functionality works well and is useful in a car of this size, making it more accessible to those who might worry about such things. The blind spot assist is useful given the length of the car.

My favourite feature on the model tested, however, was the panoramic roof. It’s an optional extra but it adds to the sense of space in the Audi RS6 and having a sunroof is always nice, especially for those coastal B-roads at sunset. Or the school run in summer. And anything in between.

It handles imperfect, potholed roads brilliantly and tackles speedbumps with minimal fuss. The fuel economy wasn’t as bad as I first feared, either. We got 27mpg on the drive to Beaminster and 23.2mpg overall, having covered well over 500 miles. Given that included some heavy-footed moments, that’s not too bad for a car of this stature.

To have such performance in such a practical package makes the Audi RS6 undeniably appealing. If you can only have one car, and it needs to be a true road-going all-rounder, the Audi RS6 is it. If it’s not the best estate car on the market, it’s certainly difficult to mention anything better.

The Audi RS6 has always been a rapid car, but it now adds agility and a sense of playfulness to its repertoire. The distinct characteristics across its driving modes are also hugely impressive – you can coast along with the family onboard then unleash the beast when the time is right. This also makes it incredibly accessible and my wife enjoyed driving it as much as I did, for entirely different reasons.

As an all-round package, one that needs to deliver style, performance and practicality, the Audi RS6 absolutely nails it. It has real depth to its usability, is comfortable and easy to get along with and will pin you back in your seat on request. What more do you need?