Global hacking collective Anonymous reportedly hacked the U.N. website and added Taiwan back to the organization 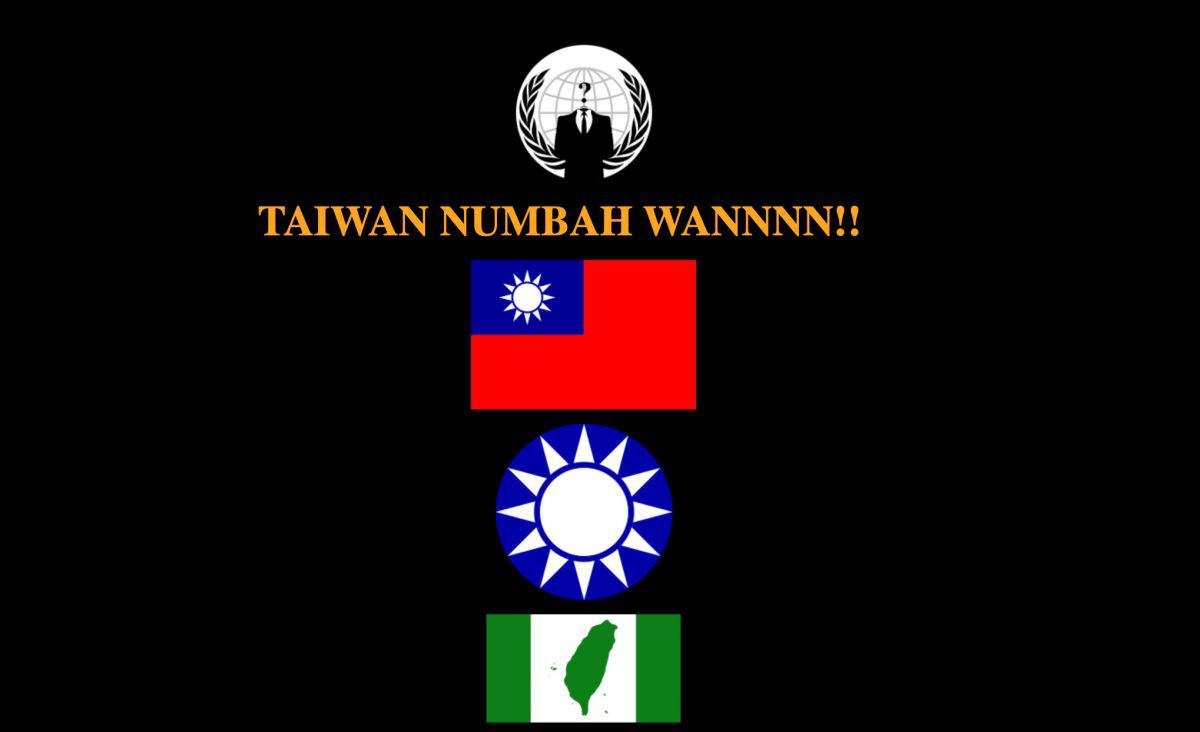 A Taiwanese newspaper claims that Anonymous, a hacking collective known for their vigilante-style online antics, has attacked the United Nations’ website.

The report cites a Reddit post which claims “thanks to Anonymous Taiwan is [in] the U.N. again! [sic]”

Inside the post is a link to the page that was allegedly live on the U.N.’s website for over 14 hours.

The page depicts the Taiwanese flag, the Kuomintang party emblem, and the green flag of Taiwan’s pro-independence movement.

Across the top is a scrolling banner which says: “TAIWAN NUMBAH WANNNN!! [sic].”

Below this are two embedded Youtube links, one of a video of the Taiwanese national anthem and another of a song from the end of Marvel’s Avengers: End Game titled “It’s Been a Long, Long Time.”

Taiwan has long considered itself a sovereign nation despite its absorption into the People’s Republic of China in 1945.

Following the Chinese Civil War, the U.N. recognized Taiwan as the true seat of the Chinese power, as it was where Chiang Kai-Shek’s government fled.

But since the U.N. officially recognized communist China in 1971, Taiwan has been without a seat in the global organization.

As of now, Taiwan’s political sovereignty is a huge point of contention both on the island province and in mainland China.

The majority of commenters on the Reddit post issued statements of affirmation, with some users calling it “epic” and others jokingly describing themselves in tears “at the sheer beauty of it all.”

While it’s unclear how the apparent hack was pulled off, the page seems to have appeared on the U.N. Economic and Social Council web page.

Some amateur online sleuths have speculated that Anonymous hackers dummied up a fake NGO to gain access to the website.

As of now, the page has been taken down, but an archived version still exists.

The U.N. and Anonymous have both been contacted for comment.