The PM’s father sent an email to officials, and, accidentally, the BBC, after meeting the Chinese ambassador. 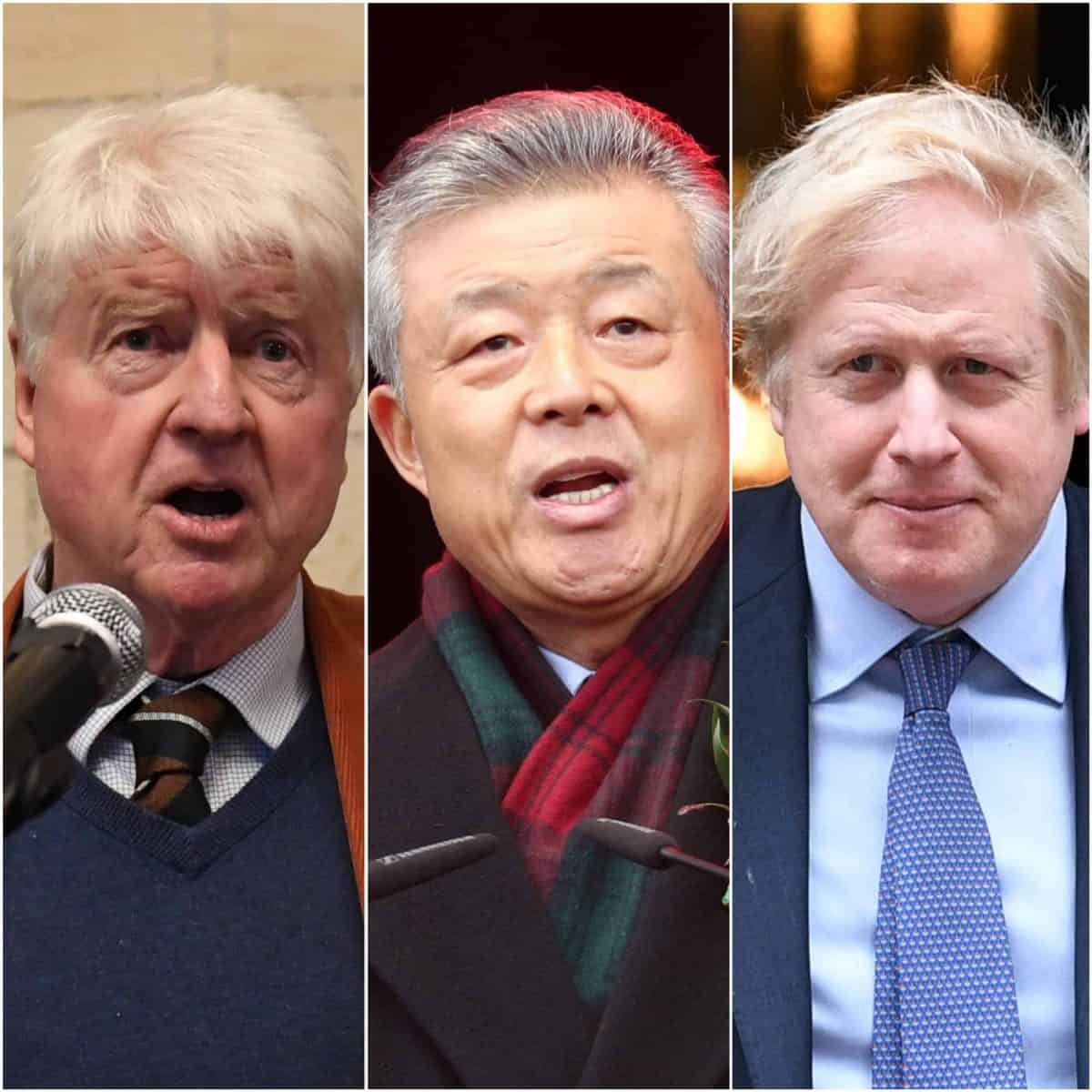 Boris Johnson’s father has said Chinese officials were concerned the Prime Minister did not send a personal message of support to the country’s leaders after the coronavirus outbreak.

The comments came to light after Stanley Johnson accidentally included someone at the BBC in the list of officials he sent an email to after meeting the Chinese ambassador to the UK Liu Xiaoming to discuss environmental matters.

Mr Johnson, who is a campaigner on environmental issues, said the BBC’s account of the contents of the email was correct.

The PM’s father sent the email to environment minister Lord (Zac) Goldsmith and other officials.

The BBC reported Mr Johnson wrote: “Re the outbreak of coronavirus, Mr Liu obviously was concerned that there had not yet – so he asserted – been direct contact between the PM and Chinese head of state or government in terms of a personal message or telephone call.”

Mr Johnson said: “I merely reported. I think I said in my short note the Chinese ambassador asserted…”

He added: “I was copying in someone who happened to have the same name as a lady at the BBC.

Mr Johnson, who has appeared on various TV shows such as Celebrity Gogglebox, declined to say if he had discussed the Chinese concerns directly with the Prime Minister.

The PM’s father also said in the email he had raised the possibility of his son visiting China later in the year to attend an international conference on biodiversity, COP15.

Lord Goldsmith sent a reply to Mr Johnson, stating: “Thank you so much Stanley. That is extremely useful”, according to the BBC.

Mr Liu shared pictures of him and Mr Johnson on Twitter after their meeting.

The Chinese ambassador tweeted: “Thank you Mr. Stanley Johnson for expressing your sympathy and support to the Chinese people who are fighting the novel coronavirus.

“With the support of British friends, we have the confidence and capability to beat the virus!”