The Joy of Cryptic Crosswords and How to Solve Them By Marc Breman Playing puzzles like crosswords and word searches could delay the onset of cognitive decline in old age, according to research. Scientists believe a mental workout could stimulate neuron growth in a key area of the brain and help us to keep us […]

by Ollie McAninch
in Games, Promoted 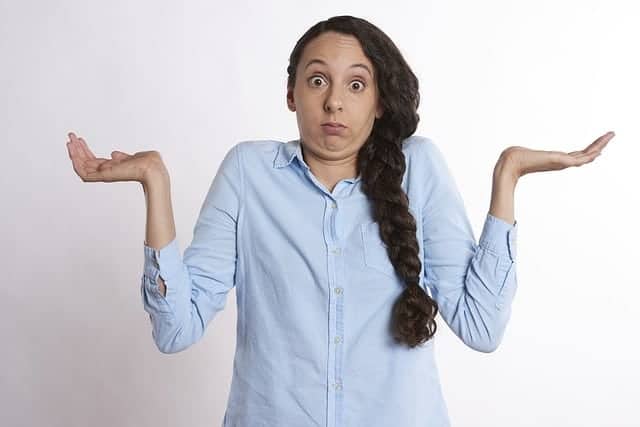 The Joy of Cryptic Crosswords and How to Solve Them

Playing puzzles like crosswords and word searches could delay the onset of cognitive decline in old age, according to research. Scientists believe a mental workout could stimulate neuron growth in a key area of the brain and help us to keep us sharp in later years.

Of all the puzzles available, cryptic crosswords are said to be the most fun – but also the most difficult to grasp. Here, the professional crossword compiler Marc Breman, whose puzzles appear in the Daily Mirror and Sunday Telegraph, discusses the joy of cryptic crosswords and gives his own essential tips about how to solve them. His new book, The Foggiest Notion, a surreal adventure story, is out now.

If you were to ask a random sample of people what they considered the opposite of the word ‘straight’ to be, there would be very few who would agree with me and give the word ‘cryptic’. But to the true cruciverbalist, they are opposites indeed.

The vast majority of the world’s puzzle-solvers voraciously consume straight puzzles, contenting themselves with synonyms. The cryptic enthusiast, on the other hand, delights in anagrams, hidden words, acrostics, palindromes and homophones, not to mention a liberal dollop of lateral thinking – in my opinion the defining difference between the two camps. Any mind that can conjure the famous clue ‘Bar of soap (6,6)’ for the solution ‘Rover’s Return’ is about as far removed from “straight” as it is possible to be.

But while this particular associative (my mother would say warped) way of thinking may seem impenetrable to the uninitiated, I can assure you it can be acquired, at least to some degree. And if I only had one piece of advice to start you off, it would be: Never try to make sense of a clue as a sentence. A clue is merely a series of codes and instructions, and if it happens to read well as a coherent piece of prose, that’s purely down to the art of the compiler.

As a general rule, a clue will consist of two parts – a definition of the solution, either a description or a synonym, which will always be at one end of the clue, and a series of ‘bits’ that can be assembled to make the same word.

Take the clue ‘Greek deity makes painful return (4)’. What you must do at all costs is banish any image of a god trudging up Mount Olympus in embarrassment, latching instead onto the word ‘return’, surely signifying that whatever is mentioned before is reversed, and hopefully arriving at the Greek deity being Eros, that word (because you simply must treat all words as simply a collection of letters) being ‘sore’, a synonym of ‘painful’, backwards.

Another thing for the novice to look out for is the huge number of words that announce the presence of an anagram – ‘mad’, ‘broken’, ‘jumbled’, ‘fluid’, ‘assorted’ – the list is endless. The next step would be to look to either side of this word to see if the number of letters tallies with the length of the solution. Given the clue ‘Article about performance (7)’, ‘about’ is a common anagram indicator, and here could relate to the words on either side, but as ‘article’ has (7) letters, a little bit of shuffling should steer you towards the answer ‘Recital’.

Hidden words can be fun (‘Insect of biting nature’ (4), for Gnat), as can acrostics (‘Policeman starts to confuse other policemen (3)’ for Cop). And the compiler can have fun in other ways, using misdirection in much the same way as a magician.

One of my favourite techniques is using a word in the clue that reads as, say, an adjective, but actually using it as a noun. In the clue ‘Prompt pupil concealed evidence (4)’ you’re meant to imagine a punctual student, whereas ‘Prompt’ is a synonym for ‘Cue’, a noun or verb, while ‘concealed pupil’ means there’s an L (for Learner, or pupil) in it somewhere.

So the answer to the clue is, of course, clue.

Even more outside the box, I once left one entirely blank, other than an (8), going to the trouble of buying the paper on the day in question to see if the editor had been brave enough to print it. He had. Needless to say, the answer was ‘Clueless’.

The choice of crossword style is yours. You may be happy to be a walking thesaurus, like the character Uncle Sid in my new novel The Foggiest Notion, or you may wish to send your brain into a whole new dimension. Or you could just emulate the great John Gielgud, who would amaze his fellow actors with the speed of his cryptic solving, until they inspected his work to find he was cheerfully filling the grid with words like ‘Diddybums’.