We are in a fantastic time for men’s fashion. Whilst it was once the case – and not too long ago – that what a man wore was directly related to what he was doing at the time, nowadays fashion is merging in the menswear sector and nowhere is this more apparent than in what […]

by Ollie McAninch
in Fashion 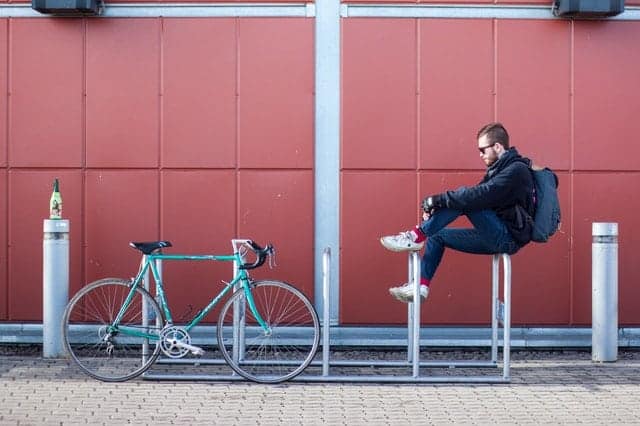 We are in a fantastic time for men’s fashion. Whilst it was once the case – and not too long ago – that what a man wore was directly related to what he was doing at the time, nowadays fashion is merging in the menswear sector and nowhere is this more apparent than in what he chooses to wear on his lower half.

It’s amazing to think that it is only in recent years that these entirely comfortable, functional, and fashionable items of clothing have been considered acceptable apparel outside the gym or halfway through an actual jogging session. They had all manner of negative connotations associated with them, seemingly inextricably linked to the very worst stereotypes of chav culture and student life.

Luckily, this is no longer the case. It’s not unusual, as we enter 2018, to see men wearing skinny tracksuits or joggers in public, and that can only be a good thing. Not only do they look good, but they feel good too. Usually made from light, breathable cotton, they offer your legs an all-enveloping warmth, whether you’re sat in a pub, or taking a stroll around town with your friends. Better than that, they’ll also keep you cool when the weather picks up, with none of the heaviness and rubbing that you sometimes associate with jeans.

Not only are they cosy and comfortable, but they’re so easy to put on. Whether you’re considering a night out, or just popping to the shop for a pint of milk, there are no zips, belts, buttons, or buckles to contend with – just pull them on, and head out of the door.

And there is a medical benefit to tracksuit bottoms. Statistics have shown a decrease in the average man’s sperm count over recent decades, and some have concluded that there is a direct correlation between this and the fashion for tight-fitting jeans. Whether this is true or not, even the skinniest of skinny tracksuits offer considerably more freedom of movement around the crotch area than a similarly styled set of denim trousers, which has to be considered a plus, even if it doesn’t directly impact on the likelihood of future generations.

Now that tracksuits have leapt from the council estate to the catwalk, skinny tracksuits are popular everyday wear among athletes and celebrities, as well as the general public.

Of course, this is not to say that denim has had its day. The attire of choice for cowboys, Hollywood rebels, and international rock stars for over a century, it’s going to take more than a sudden interest in semi-formal loungewear to knock jeans off their pedestal. Jeans have been around forever and with their iconic status around the globe, they will likely remain an essential part of a man’s casual wardrobe.

That said, in order to keep up with the current trend for skinny tracksuits, the humble jeans will need to keep on evolving, as they have done since Levi Strauss hammered in his final crotch rivet in 1873.

Jeans have changed their look, their market, and their appeal over the years. From being the staple, hard-wearing garment of the working man, they became a fashion statement in the 1950s and have continued to be so ever since, often becoming the focal dress point for many of the youth subcultures of each passing generation. From greasers, mods and rockers, through to metalheads, punks and grunge fans, jeans have been an integral part of the youth identity. Now, with all manner of skinny jeans, distressed jeans, and spray on jeans available, they are firmly embedded in the cultural network of fashion, too.

So, what is the answer? As ever, it’s whatever you fancy. Or, more rightly, a little bit of both. After all, both items of clothing have come a long way from their stereotypical roots and entered the world of high fashion, so why not add a little variety to your usual attire, and spice up your casual look.