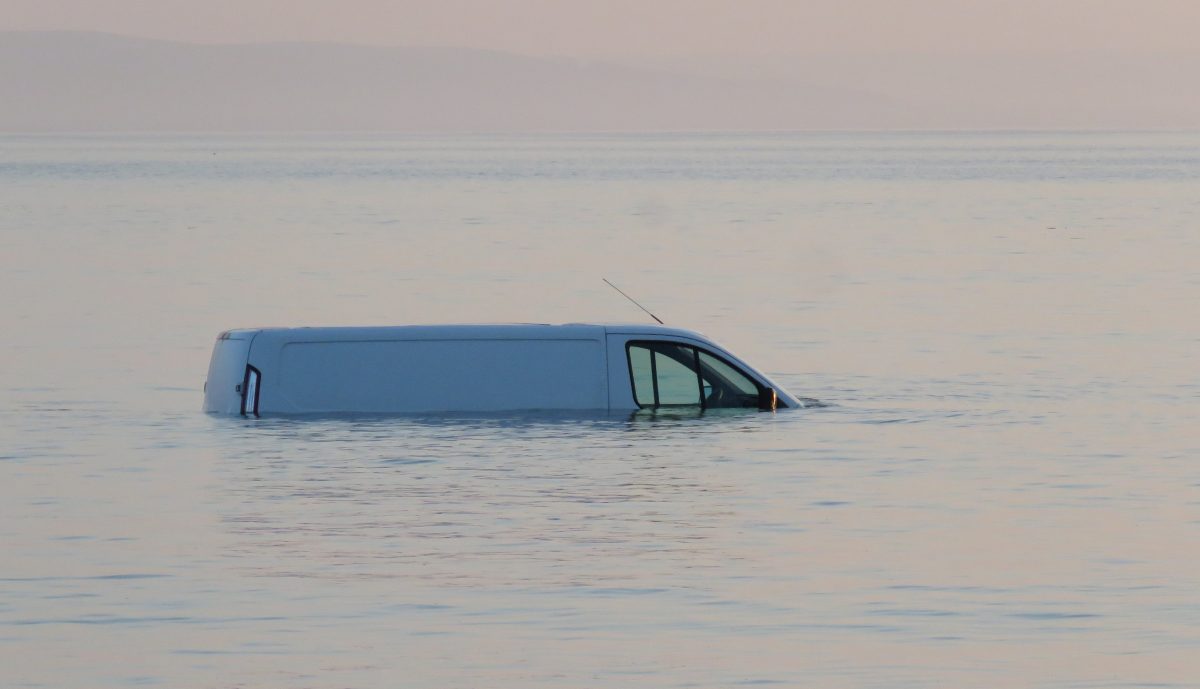 A man was left red-faced after his Transit was swallowed by the SEA after he parked on the beach to go for a stroll.

The white Transit van became submerged by the waves at a beach near Brean Cover, Somerset.

The idyllic spot looked perfect to park up and head off for a stroll in the Bank Holiday sunshine.

But to the driver’s horror – it turned out to be right in the path of the incoming tide.

The van could not be saved before it was swamped by sea shortly after 7pm on Saturday April 20.

Before too long, the van had vanished under the waves completely.

An onlooker called Coastguards and Burnham’s BARB Search & Rescue team to the scene, but it was too late to save the doomed van.

A BARB spokesman said: “Our volunteers were called out at 7.36pm by Coastguards to reports of a transit van stranded on Brean beach with a rapidly-incoming tide around it.

“BARB’s crewmembers made their way to the beach and confirmed that there were no occupants inside. Unfortunately, due to the state of the tide, the vehicle could not be safely retrieved.

“Once it was confirmed that the owner had been located by the beach warden and was safely away from the vehicle, BARB’s crews were stood down by Coastguards.

“A key safety message here is to always check the tide times before driving onto local beaches. Speak to the beach warden if you are unsure.”