The juvenile whale, which appears to only have died a few hours ago, was found on the beach at John Muir Country Park, Dunbar, East Lothian 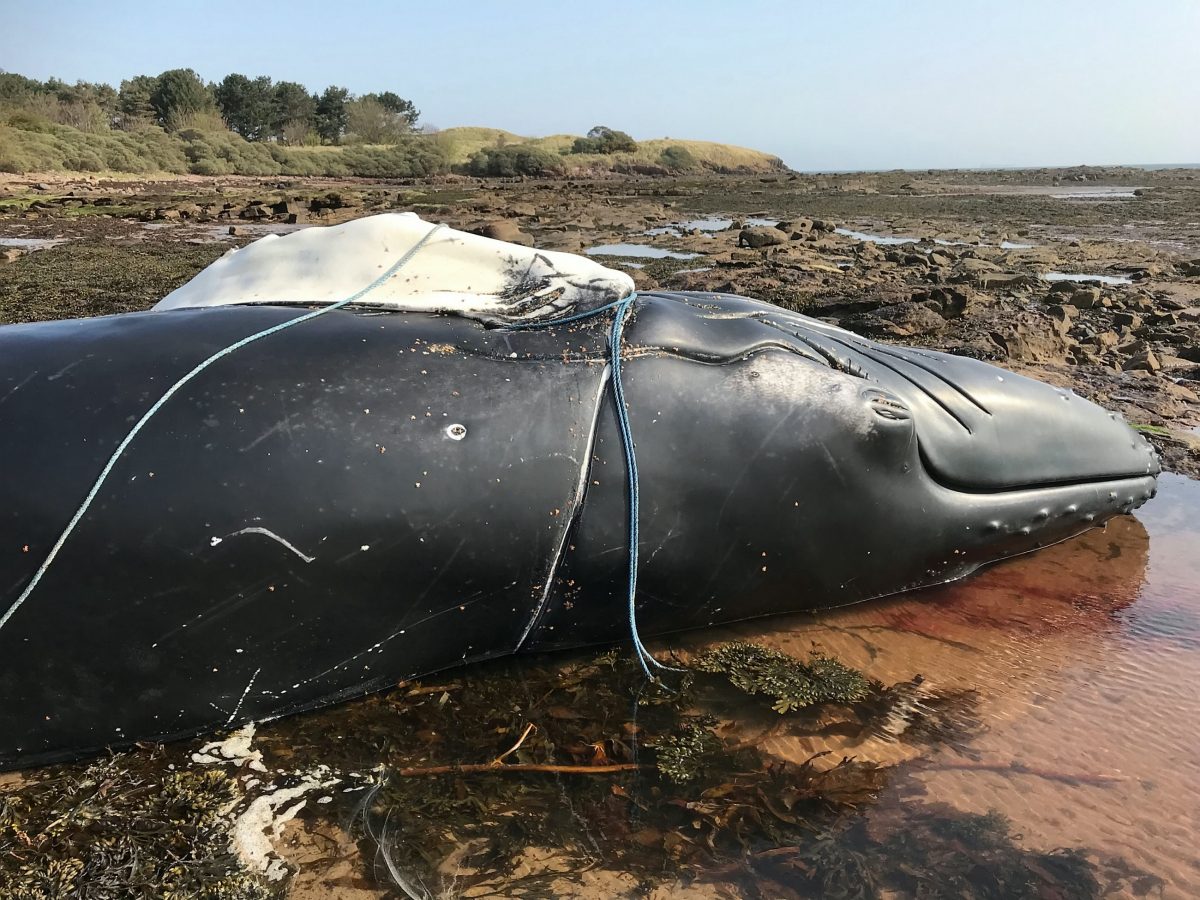 A humpback whale carcass measuring nine metres long washed up on a beach.

The juvenile whale, which appears to only have died a few hours ago, was found on the beach at John Muir Country Park, Dunbar, East Lothian.

Walkers have been told to avoid the whale, until it is removed from the beach this afternoon.

It may be taken elsewhere for a post-mortem examination to be carried out.

A spokesman for East Lothian Council said: “It is nine metres long and considered to be a juvenile at that length.

“We don’t know the cause of death.

“It may well be towed to another site and possibly a post-mortem examination will be carried out.

“The level of decomposition is slight, it is considered to be relatively fresh so it probably died within the last two hours or so.

“There was a whale spotted in the Firth of Forth near Fife that appeared to have a buoy tangled up.

“This one appeared to have been tangled with some ropes.”

“Arrangements are being made to remove the whale and people are being advised to keep their distance from the site.”