Pothole-related faults represented 1.1% of all breakdowns attended by the RAC last year. 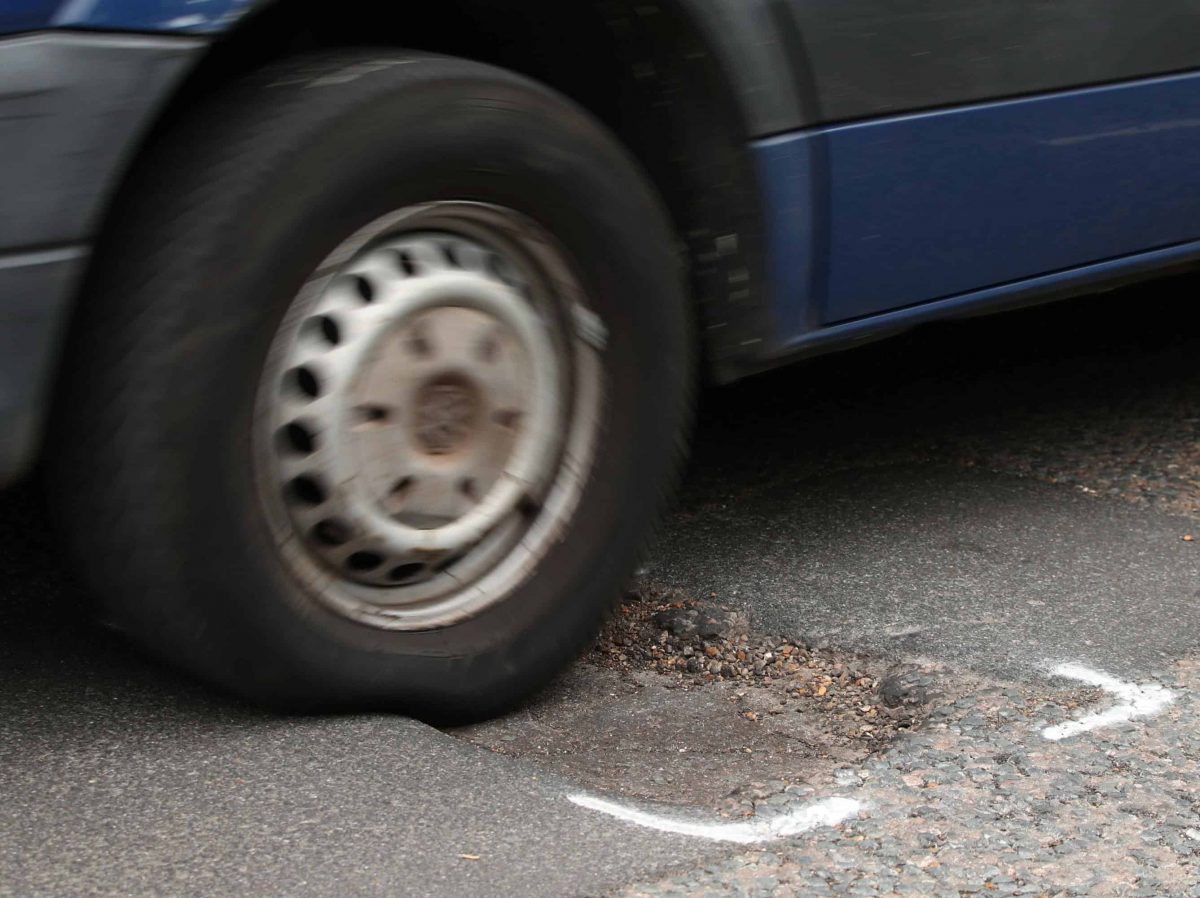 Vehicle breakdowns caused by potholes increased by a fifth during the last three months of 2019, new figures suggest.

The RAC received more than 2,000 call-outs for problems such as distorted wheels, broken suspension springs and damaged shock absorbers between October and December, an increase of around 300 compared with the same period in 2018.

Pothole-related faults represented 1.1% of all breakdowns attended by the company last year.

Drivers are 1.7 times more likely to break down as a result of a pothole than they were in 2006, the RAC said.

It released the figures to mark National Pothole Day on Wednesday.

RAC head of roads policy Nicholas Lyes said: “We might so far be experiencing a milder but wetter winter than in the last couple of years, but our figures clearly show the problem of potholes has not gone away.

“Our patrols are still attending on average around one pothole-related breakdown every hour of the day.

“We anticipate the Government will pledge further funds to help cash-strapped councils mend potholes in the March Budget, but such pledges are only chipping away at the problem, and they’re unfortunately not addressing the root cause of why so much of the UK is still characterised by crumbling road surfaces.”

AA president Edmund King warned that potholes can be “expensive for drivers and fatal for those on two wheels”.

He added: “Potholes hidden in puddles or at night can be particularly treacherous.

“As ever, we need more ring-fenced funding to stop the rot before it is too late. Currently potholes are appearing at a faster rate than daffodils in spring.”

David Renard, transport spokesman for the Local Government Association, which represents councils in England and Wales, said: “Councils are on the side of all road users, fixing a pothole every 17 seconds, and want to work with Government to tackle our national road repairs backlog.

“Providing councils with funding in the forthcoming Budget would mean they can invest in road maintenance and other infrastructure projects.”

A recent report by the Commons Transport Select Committee described the current short-term approach to financing road maintenance as “not fit for purpose” and declared the condition of local roads in England a “national scandal”.

The latest investigation by the Asphalt Industry Alliance found that councils in England and Wales would need to spend a total of £9.8 billion over 10 years to bring all their roads up to scratch.

A Department for Transport spokeswoman said: “Potholes are a nuisance for all road users, which is why this Government has pledged to spend £2 billion over four years so councils can improve their roads.

“Details of how this will be allocated will be announced soon.

“We are also looking at innovative approaches to highways maintenance to future-proof our roads.”