Police mocked the motorist by posting a snap of the seized VW Golf on Twitter. 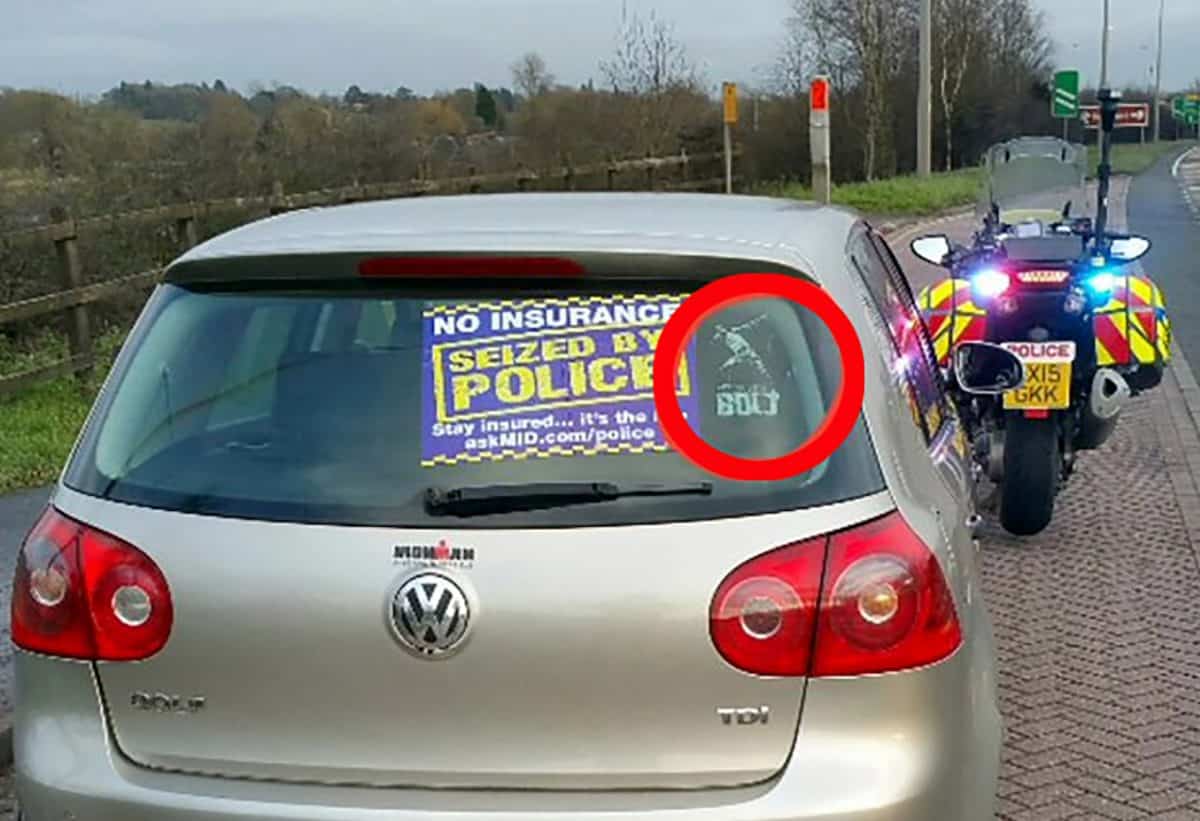 Police have shamed a speeding driver who was caught travelling at 93mph along an A-road – with a Usain Bolt sticker in the back window.

The reckless motorist was pulled over by traffic cops after he was clocked travelling at 23mph above the 70mph limit on the A50 in Uttoxeter, Staffs., on Monday (27/1).

Despite proudly displaying a sticker paying homage to the world’s fastest man, the VW Golf driver was found to have no licence or insurance.

It was the second vehicle police seized on the same stretch of road that day after they clocked another silver Golf at 88mph.

The Staffordshire Police Roads Policing Unit tweeted pictures of both cars and wrote: “Working alongside @StaffsSafeRoads on the A50, Uttoxeter.

“Soon ascertained he had no licence & no insurance. Car seized & driver reported.

“Not to be outdone by your colleague, the next VWGolf was stop checked at 93 mph on the same road and was also seized for no driving licence or insurance, along with a Usain Bolt sticker.”

After the force shared details of both incidents, web users took to social media to criticise the reckless drivers.

Janine Brindley wrote: “This is not good, no insurance at that speed! You people who think it’s not fast or it’s funny let’s see you laughing if they damage your car and you have to pay for it!”

Jane Stewart agreed and wrote: “Janine Brindley exactly. Or even worse kill a loved one, they wouldn’t be laughing about it then.

“Faster you drive the more damage you’ll do to yourself and others in an accident.

“People just think it’s all a joke…till something happens to them.”

Tony Jackson wrote: “What is it with these people? No insurance and no tax? Deserve everything they get.”