Six people were confirmed dead after the incident in north-west China. 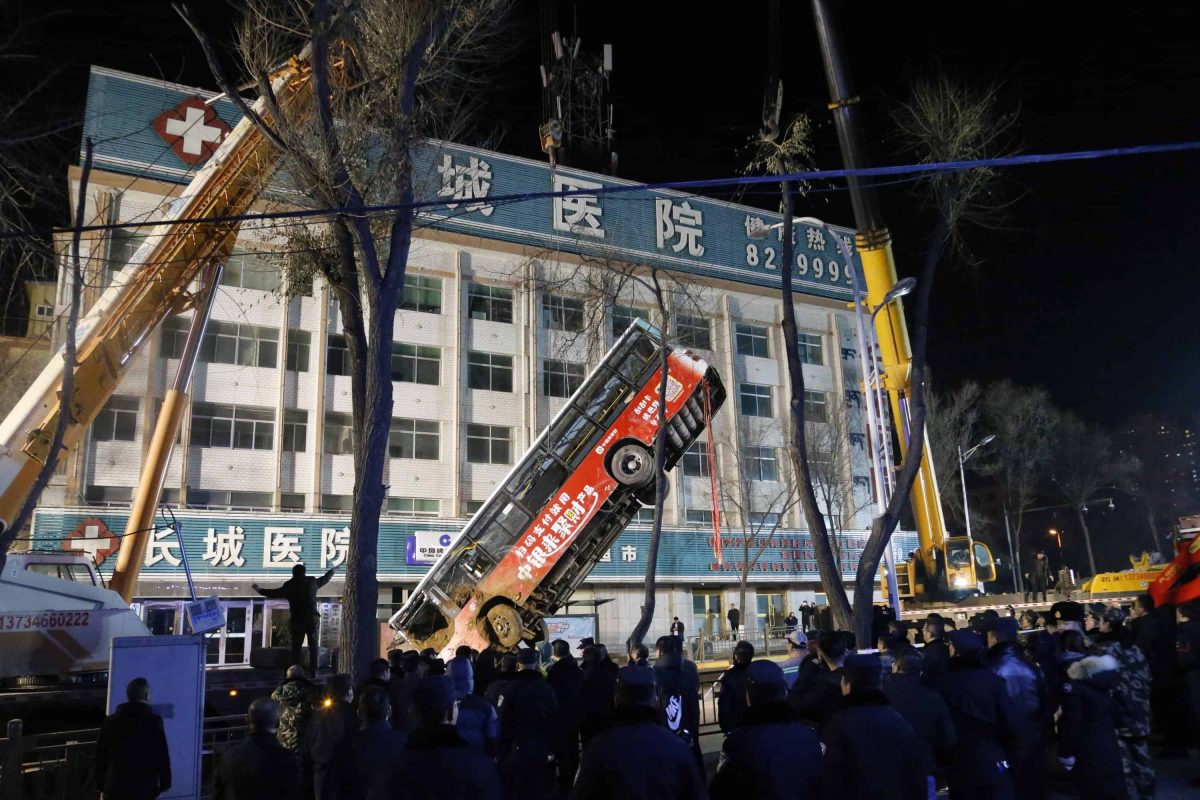 A bus has plunged into a sinkhole on a city street in north-western China, killing at least six people with four others missing.

Some 1,000 emergency workers and 30 vehicles were sent to the site in the hilly city of Xining on the Tibetan Plateau.

Footage apparently shot by security cameras showed the truck settling into the hole while people nearby scrambled for safety.

In other footage, workers using diggers, dump trucks and other equipment excavated earth around the collapse site.

Light and smoke could be seen at the surface, possibly as a result of the rupture of gas or electricity lines.

The collapse left 16 people in the hospital.

The local emergency management bureau said the bus had been raised from the collapsed 860 square foot section into which it had fallen.

The hilly city of Xining is the capital of Qinghai province, one of China’s poorest regions, sitting atop the Tibetan Plateau.

Mining is believed to have caused instability in the ground in many areas after years of barely restricted mineral extraction.