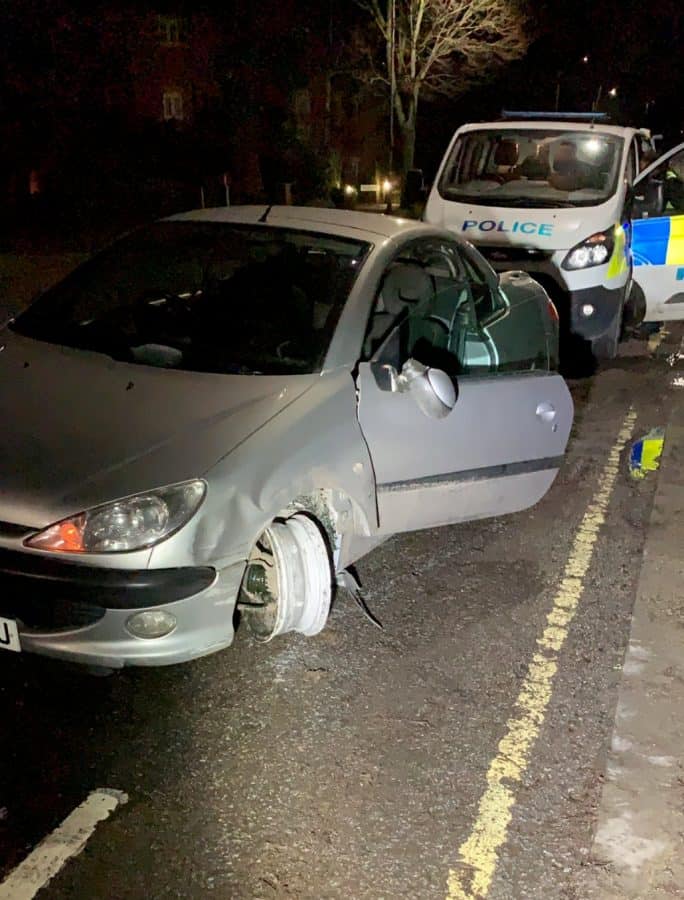 Police stopped a driver who was so drunk he didn’t realise the car he was in had no tyre.

They posted the photo on Twitter with the comment: “Specials from Rotherham found this Peugeot tonight and arrested its driver for an expired license, no insurance, leaving an RTC, not showing up to court and last but by no means least, for driving whilst so incredibly drunk he failed to realise he was missing a tyre.”