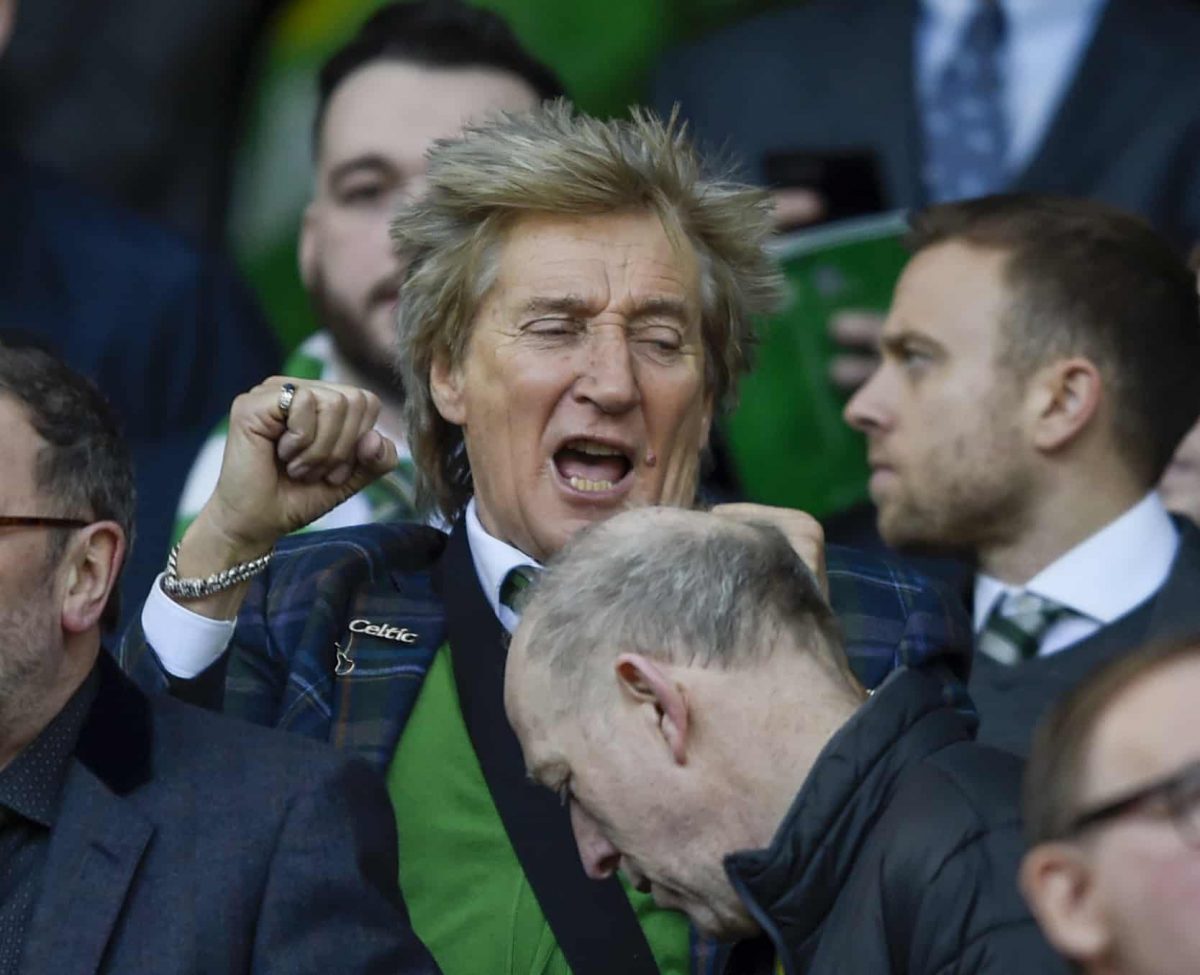 In a tweet thanking fans after his 10th album topped the UK charts, the 74-year-old singer also praised the re-elected prime minister just hours after the Conservatives’ majority was confirmed.

It didn’t go down too well with some sections of the Celtic faithful. In response, Celtic’s Green Brigade fan group unveiled two large banners directed at the singer and the Conservatives during the club’s 2-0 win over Hibernian on Sunday.

One told Sir Rod to “f**k off” while the other read: “Tories not welcome.”

Sir Rod, who is vocal about his love of Celtic and who described Scotland as his “spiritual home”, quickly came under fire from Celtic fans, Scottish nationals and non-Tory voters.

Some said they did not want him back in Scotland.

“Please don’t come back to Parkhead or Scotland for that matter,” Caz tweeted.

China’s state broadcaster will not broadcast Sunday’s match between Arsenal and Manchester City after a row broke out when Arsenal’s Mesut Özil shared a prayer for Muslims persecuted in China on social media.

The midfielder posted a prayer for the safety of China’s Uighur Muslim community on Instagram and Twitter on Friday.

China has detained over a million Uighurs and other minorities in detention camps. Beijing claims they are being educated. But in November leaked documents confirmed many reports emerging of the cruel treatment in the camp where people are sent for forced re-education to renounce their religious beliefs.

China had branded the claims “fabrication and fake news” but the world is being forced to wake up to the human rights violations at last. In the US, the Uighur Act calls on Donald Trump to condemn abuses against Muslims and call for the closure of mass detention camps in the north-western region of Xinjiang, as well as sanctions against Chinese officials responsible.