Police stopped a man driving a small silver car, apparently on his way to get milk and water, after they saw the vehicle was missing the front left tyre 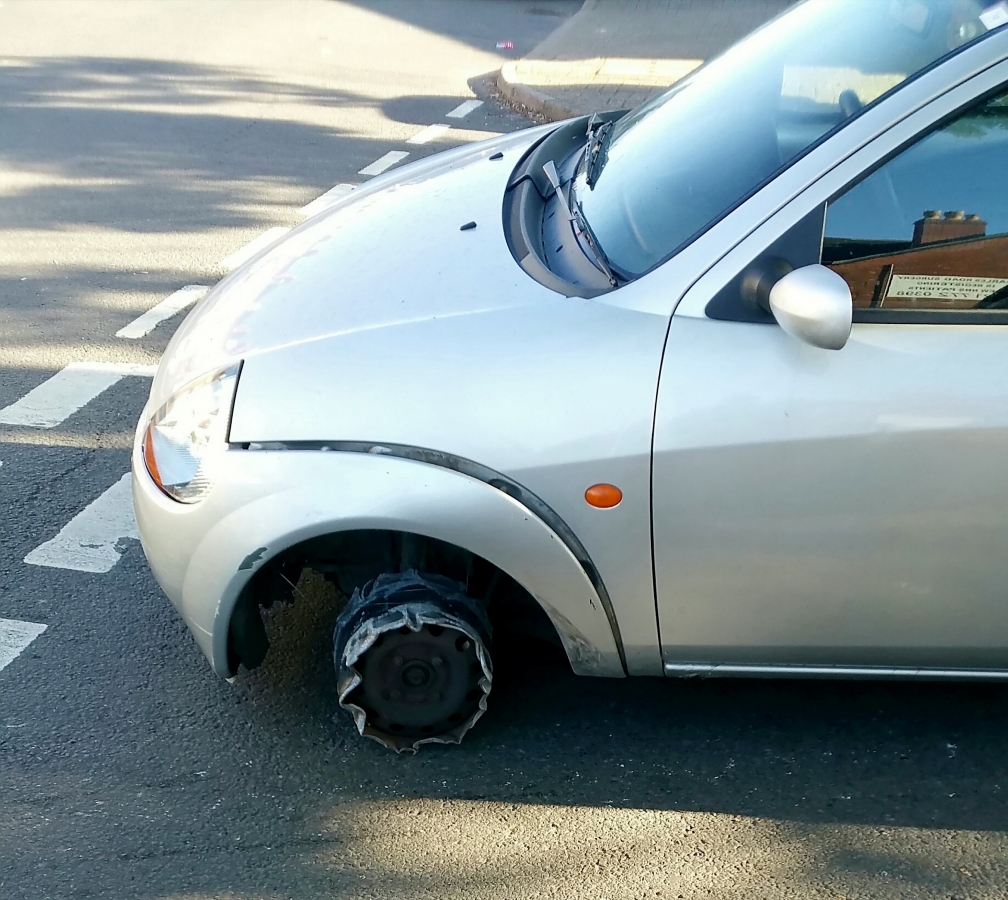 A bungling motorist was pulled over after police officers spotted him driving with one tyre missing.

The man was driving a small silver car on his way to get milk and water from the shop when he was stopped.

Officers were stunned when they discovered the entire front left tyre was missing and the motorist was driving on the steel rim.

West Midlands Police also discovered the driver had no insurance, so seized the car.

Cops snapped a picture of the car outside Charles Road Surgery, Small Health, Birmingham, and posted it on Twitter.

“He’d just popped to get some milk and water.

“Also had no insurance so has been seized and driver reported for offences.

“Are tyres optional? Take a close look at that wheel too!!!”