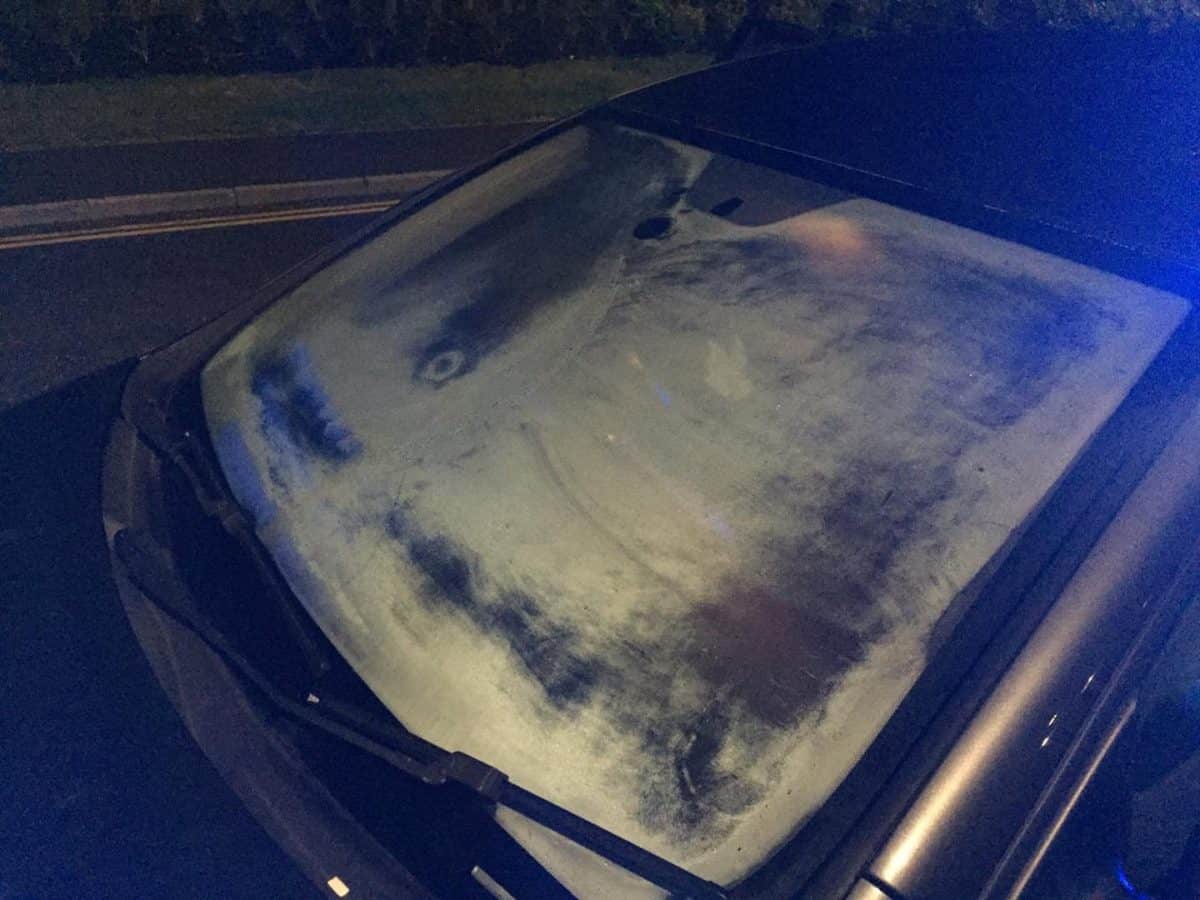 Cops pulled over a “blindfolded” motorist who drove with frost almost entirely covering their windscreen.

The reckless driver was pulled over in Rugby, Warks., on Thursday (20/2) night after traffic cops became concerned about his visibility.

Officers from Warwickshire Police posted pictures of the car on Facebook, saying the motorist was effectively driving “blindfolded.”

Writing on the OPU Warwickshire page, they wrote: “So… quite what the driver could see through their windscreen I’d suggest is slightly limited!

“This blindfolded driver (Well they might as well have been) was driving in Rugby when they came to our attention. Driver reported for offences. (PH)

“On a serious note though please take another 5 minutes to fully clear your windscreen.

“In a worst case scenario this could lead to Death by Dangerous Driving and the
associated prison sentence.”

Social media users were quick to condemn the driver, branding him a “pillock” and
“Driving Miss Dozy”.

Ian Henry wrote: “Was he driving by memory? What a pillock.”

Angela Travers added: “Stupid doesn’t even cover it. Thank god the police caught him before he did any damage.”