Police left gobsmacked after finding 15 people packed inside an eight-seat Mercedes, with two even hidden in the boot 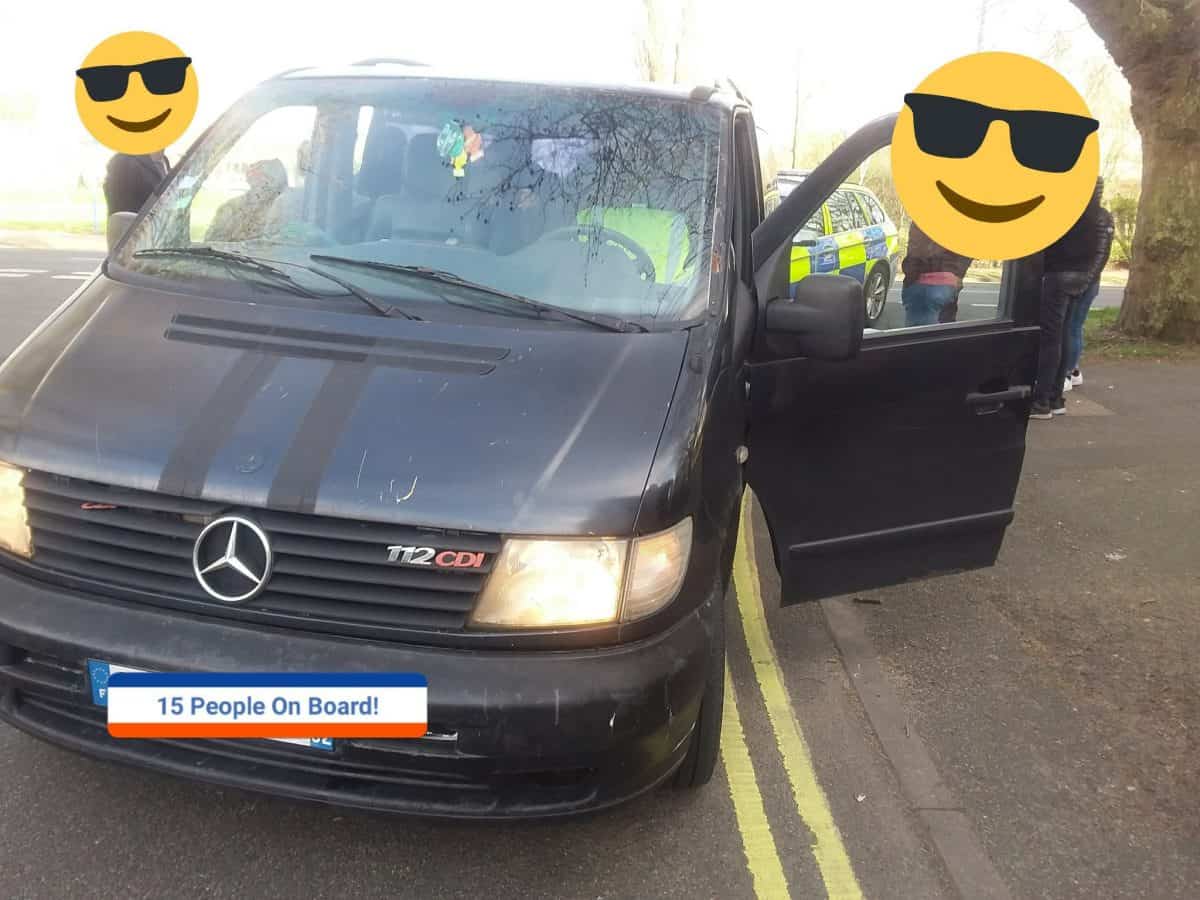 Cops who pulled over a car in a town centre were stunned to find 15 people wedged inside – including two people stuffed in the boot.

Officers stopped the eight-seat black Mercedes on Saturday (March 23) as it drove through Ipswich town centre in Suffolk.

Norfolk and Suffolk Roads and Armed Policing Team a photo of the car and said: “This vehicle was stopped in #Ipswich and was found to have 15 people on board, there was only eight seats…Two people were in the boot.”

Police said the driver had been reported for several alleged offences and issued the vehicle with a PG9 prohibition noticing as it had defects.

Police or the Driver and Vehicle Standards Agency (DVLA) can issue a prohibition to drivers if a fault is found on the vehicle which is deemed to make it unsafe.