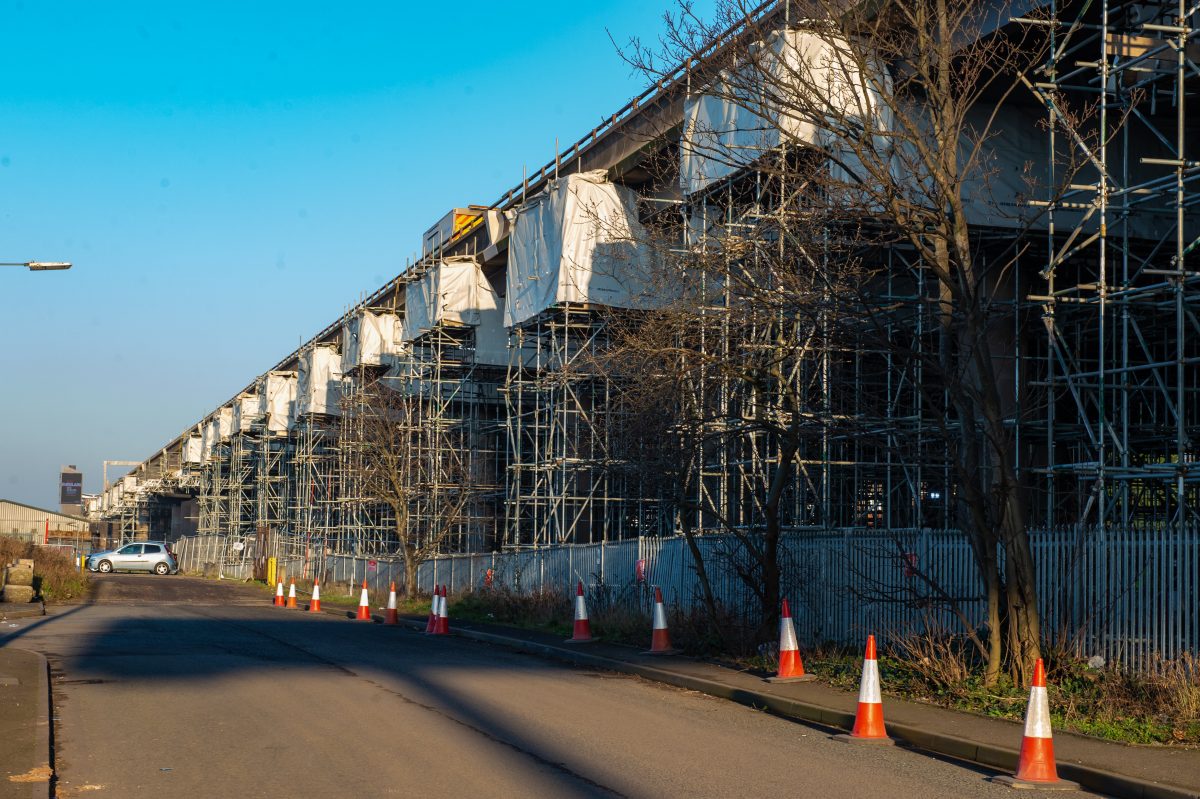 A set of motorway roadworks in the West Midlands has become Britain’s unlikeliest TOURIST attraction after gaining thousands of followers on social media.

Major maintenance work to the Oldbury Viaduct on the M5 has caused misery for drivers over the past two years along one of Europe’s busiest stretches of motorways.

Motorists often find themselves in gridlock along both carriageways between junctions 1 and 2 after the speed limit was reduced to 30mph in January 2017.

Highways England set up a Facebook page dedicated to the redevelopment near West Bromwich in a bid to keep road users up to date with the progress of the work.

But it has proved a cult hit with thousands of people flocking to page to leave often hilarious tongue-in-cheek reviews and share their experiences of the roadworks.

Some users have branded The Oldbury Viaduct ‘a great day out for the family’ while others have noted that it must be one of the most popular tourist attractions in the UK given the queues.

The two-and-a-half mile stretch offers elevated views of West Bromwich, Oldbury and nearby Smethwick and the numerous factories and retail parks in the area.

West Bromwich Albion FC’s ground is also visible in the distance as drivers approach the start of the M6.

The social media page so far has 3,408 followers and 70 people have said they would ‘recommend’ the motorway maintenance work to friends and family.

Residents have also joked it’s the best tourist attraction to appear in the Black Country since the ‘Dudl-Eye’ – a giant ferris wheel which offered panoramic views of Dudley.

Oldbury Viaduct ‘visitor’ Dan Smith wrote: “We all have memorable moments that have shaped our lives – our first kiss, the birth of our first child, the day we got married.

“For me, none of these compare to the first moment I slowly edged onto junction 2 of the M5 and feasted my eyes upon the breathtaking splendour of the oldbury viaduct roadworks.

“Although it’s understandable that many less cultured visitors than myself have displayed frustration and anger at the 30mph speed limit I personally feel this enhances the experience even further.

“Who in their right mind would wish to drive past this visual treat at speed when a barely crawling pace provides one with the opportunity to truly revel in the sights and sounds of this man made wonder?

“My son particularly enjoyed the “human zoo” element of the attraction. Some of the finest examples of stationary road working operatives in their natural habitat that one could ever wish to see.

“Admittedly, they’re not easy to spot but if you look hard enough, they are certainly there.

“It is worth doing some research as to the best times to see them though – on several occasions their numbers appeared somewhat diminished – I assume it was mating season and therefore the males of the group were possibly procreating or gathering food for their females.

“All in all, a great day out and I’m sure I can speak for other visitors when I say that I sincerely hope the completion date is extended way past the “autumn” deadline that is currently advertised.”

Steven Bartlett added: “Since getting my dream job in the fast paced delivery sector one of the main perks to my job is driving over this fantastic viaduct!

“Luckily for me traffic is that slow moving I get to spend ages taking in the stunning scenery, I would recommend this as a good day out for the whole family.”

Phil Walker wrote: “Given the queues to see this attraction are so vast and so many thousands of people attending daily, this has surely got to be one of the UK’s most popular attraction.”

Pamela Paterson put: “While on our way home from Scotland to the South of England we were fortunate to drive past this beauty spot during daylight hours (on the way up it was quite late so we couldn’t appreciate the sheer beauty of it).

“We were provided with some of the most marvellous entertainment in the form of counting workmen.”

Highways England say the work is the biggest concrete repair project ever undertaken on Britain’s roads.

The project, which involves repairing and waterproofing, is expected to be completed in the spring after the project was delayed by six months due to last summers heatwave.

More than 400 miles of scaffolding has been up, with enough boards to cover seven football pitches and enough staircases to reach the top of Ben Nevis and Snowdon.