Someone joked on Twitter "One Brexit benefit. Nigel Farage will have to sit in traffic on his way to should at immigrants in Dover." 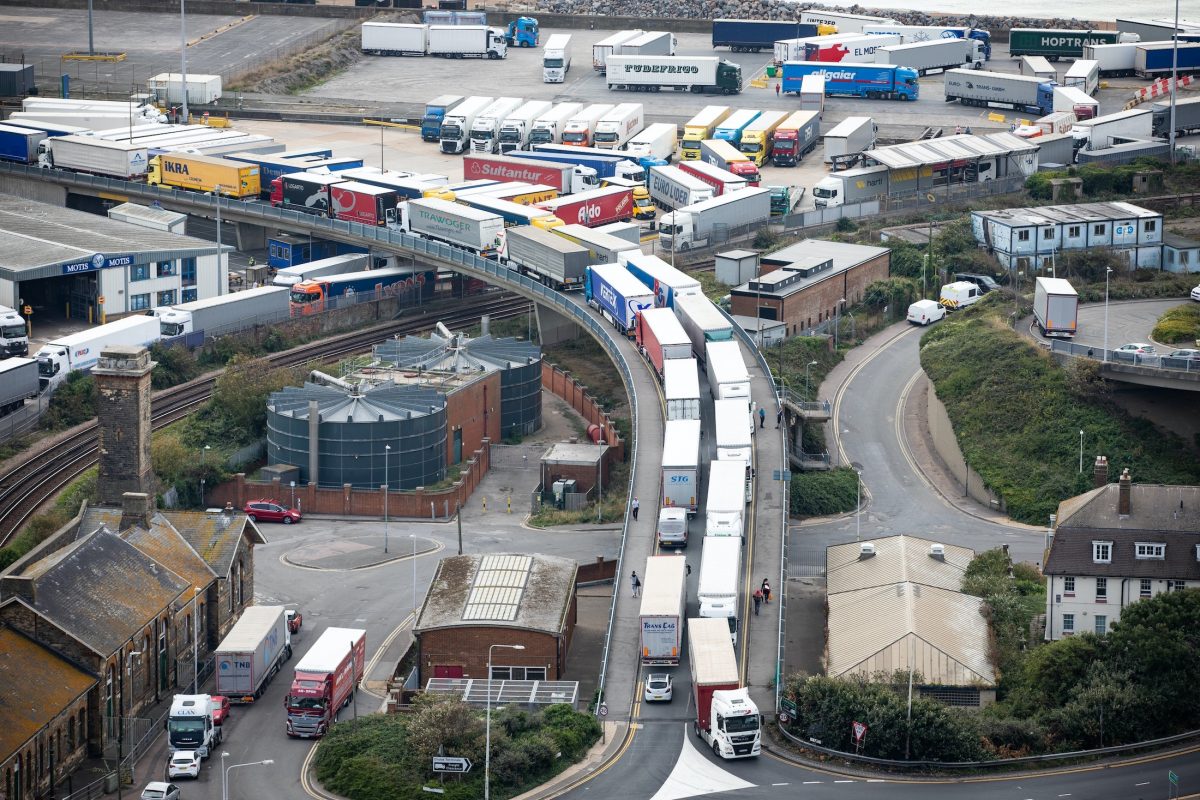 There are concerns that the huge tailbacks of traffic, with some drivers claiming to have been waiting for up to ten hours, could be the sign of things to come post-Brexit.

Controversial Brexit motorway measure Operation Stack has been activated today so lorries can line up to enter the port and it led to huge traffic issues.

Operation Stack – an emergency measure designed to prevent gridlock in Kent – has been activated on the M20 to allow lorries to line up to enter the port.

Police have been checking all vehicles and passengers at the Port of Dover, leading to miles-long queues and traffic chaos.

It comes after counter-terrorism police put out a national request for enhanced security checks at UK ports.

Pictures show long lines of HGVs stacked up into the busy port on Wednesday.

It comes after a police operation saw all vehicles and passengers since Tuesday checked as part of a wider operation in Kent and on all short strait routes.

The policing operation has now been stood down and border control checks are returning to normal, Kent Police said.

“This was in relation to ongoing operational activity and this requirement has since been stood down.

“We would like to reassure the public that there is no threat to public safety in relation to this activity and thank all those affected for their co-operation and understanding.”

But the delays to transit meant huge queues started to build up into the port and the decision was made to activate Operation Stack.

The traffic measure is now in place on the coast-bound carriageway of the M20 between junctions eight and nine.

A spokesperson for the Port of Dover said: “We are working with our ferry partners to keep the traffic moving and we would like to apologise for any inconvenience caused to our customers and local community.”

The chaos was picked up many people on social media

2. One joked that economic migrants have found a new way into the UK

6.A parody account joked on twitter “One Brexit benefit. Nigel Farage will have to sit in traffic on his way to should at immigrants in Dover.”