Ezra Jones, 46, forcing the driver out of her BMW 2 Series before speeding away on a motorway hard shoulder 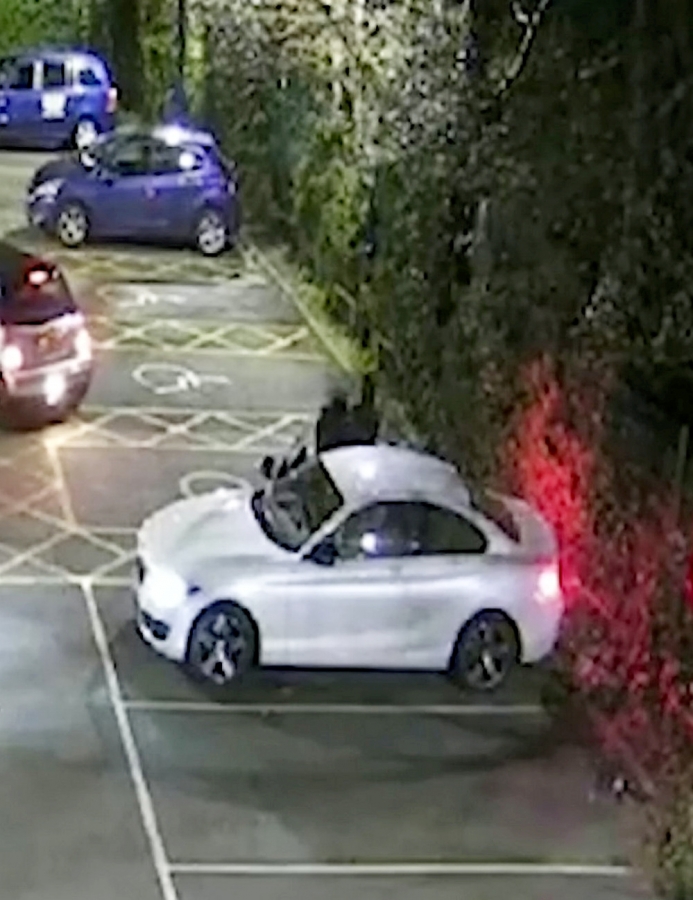 Shocking footage shows a thug carjacking a woman outside a railway station before leading police on a 130mph chase on a busy motorway.

Ezra Jones, 46, was caught on CCTV forcing the terrified victim out of her white BMW 2 Series.

He ambushed the woman, in her 40s, as she got into her car which was parked outside the Dudley Port Railway Station, West Mids.

He yanked the door open before threatening the woman with a clenched fist, telling her:
“I don’t want to hurt you.”

The woman got out and Jones sped off following the robbery at 8pm on March 25 this year.

Jones fled towards the M6 where police patrol cars pursued him and captured him weaving in and out of traffic at 130mph.

Shockingly, he even careered along the hard shoulder in a desperate bid to evade police.

He was eventually caught when he crashed the stolen car.

He pulled the wreckage into the hard shoulder, behind a waiting police vehicle, before
jumping out of the car shouting “arrest me, arrest me”.

When cops tried to handcuff him, he continued to act violently and even tried to headbutt an officer.

Jones, of Cecil Road in Stockland Green, Birmingham, was jailed for three years for the robbery and dangerous driving offences when he appeared at Birmingham Crown Court on June 26.

He was also disqualified from driving for four years and three months.

Speaking afterwards, Detective Constable Dan Hart, from British Transport Police, said: “This was a shocking case that was quickly resolved with the help of highly trained drivers from our neighbouring police forces.

“Jones risked the lives of everyone driving on the road that night and this has been recognised in the severity of his sentence.

“Fortunately it was resolved without injury to anyone.”