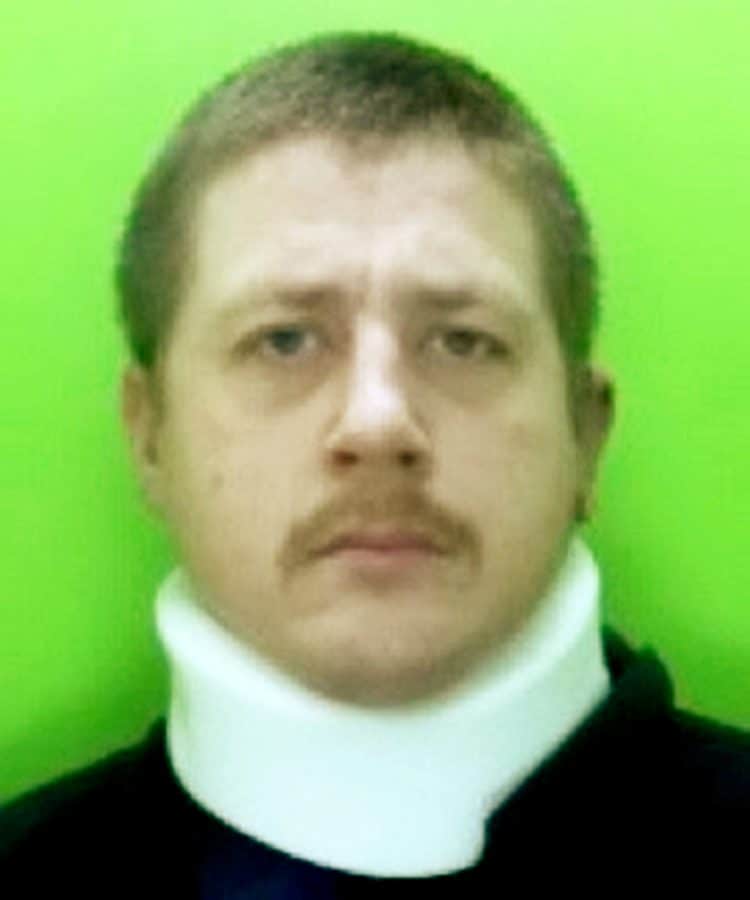 A hapless drug dealer wears a neck brace in his mugshot after police caught him when he crashed his getaway car into a POTHOLE at 80mph.

Luke Evans, 32, was being chased by police officers 11 months after he went on the run when he failed to answer bail.

He had been arrested when officers raided a holiday cabin he had hired and found £130,000 worth of drugs and more than £12,000 in cash hidden inside.

Evans was bailed on March 24 last year but he failed to report to a police station and went on the run.

On January 12 this year officers spotted an uninsured Ford Mondeo being driven and followed the car which refused to stop.

The car, being driven by Evans, reached speeds of 80mph before it crashed when it hit a road littered with potholes.

Evans, of Mansfield, Notts., admitted possessing Class A drugs with intent to supply and dangerous driving.

He was jailed for seven years and banned from driving for three years last Thursday (5/3) at Nottingham Crown Court.

Police were called to his holiday cabin in Newark, Notts., after reports of a stolen car using different registration plates on the front and back.

They discovered a car had been taken during a burglary and the number plates had been stolen from Tibshelf, Derbys.

After he was held in connection with the car and number plate thefts, officers searched the cabin and discovered the drugs and cash.

The haul included 600 grams of cocaine and more than four kilos of amphetamines, heroin and cannabis.

As well as the cash, there were two gold watches and what appeared to be a drug dealer’s list.

He was arrested and released on bail but failed to answer to a police station and went on the run for 11 months before he was finally caught.

After crashing into a pothole he was helped out of the car by officers, arrested and taken to hospital with a fractured neck, elbow and knee.

“I am pleased that Evans will have to face the consequences of his actions and hope this sends a message that drug supply will not be tolerated in Nottinghamshire.”