Michael Wint, 46, got more than he bargained for after being detained by courageous residents as he wielded an eight-inch knife 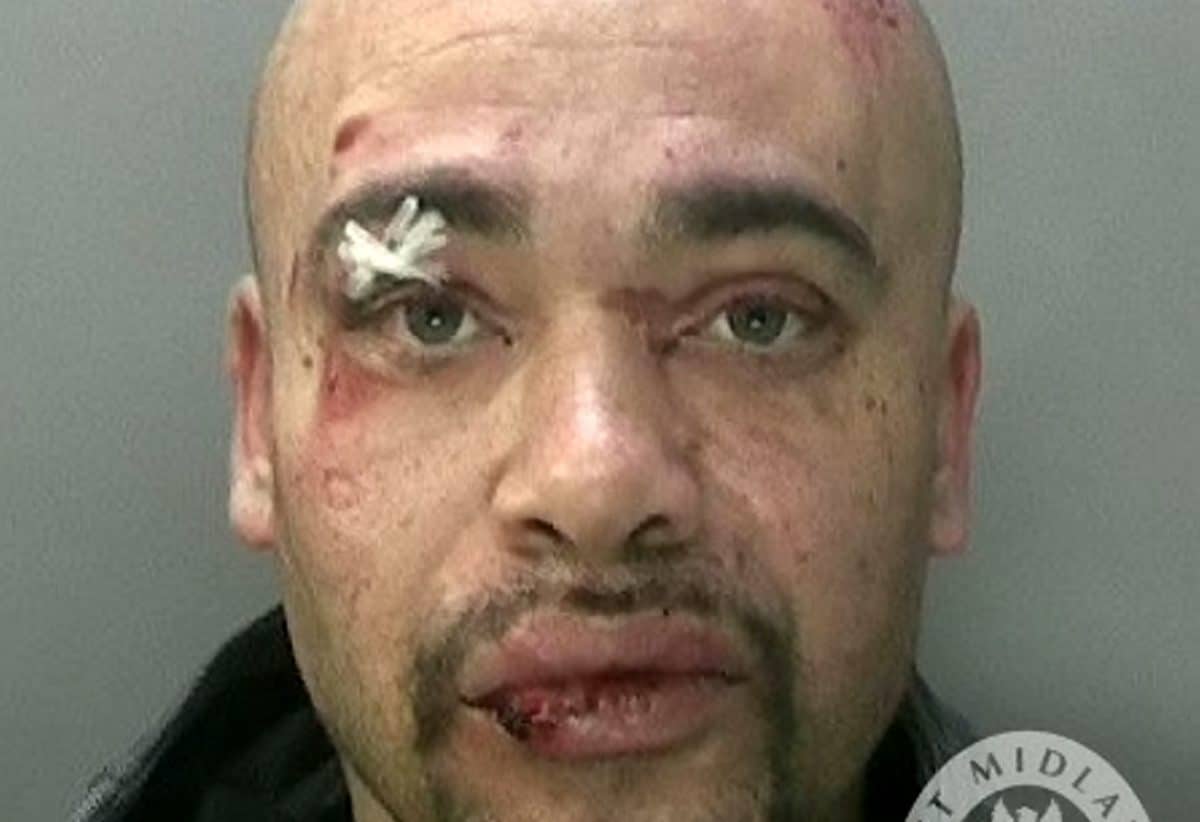 This is the bruised and battered face of a knifeman who got more than he bargained for after being bravely tackled by members of the public when he tried to rob a shop.

Michael Wint, 46, burst into the store wearing a balaclava and threatened to slit a female worker’s throat while demanding cash from the till.

But courageous residents who heard the woman’s screams rushed to her aid and wrestled the thug to the floor despite him brandishing an eight inch blade.

They managed to disarm Wint before he fled from S&J Stores on Slade Road, in Erdington, Birmingham at around 4.30pm on March 16 last year.

But public-spirited passers-by gave chase and managed to detain the would-be robber further down the road until police could arrive.

As officers made their way to the scene, the shopkeeper recognised unemployed Wint as a regular customer who had even bought alcohol from her earlier the same day.

Wint, of Erdington, admitted attempted robbery and possession of a bladed article and blamed it on a “moment of madness” due to having financial problems.

He was jailed for four years and eight months at Birmingham Crown Court on Wednesday (15/6).

Following the case, police released a mug shot showing how Wint got his comeuppance during the incident and suffered several facial injuries.

PC Jeff Brooks from West Midlands Police Force CID, said: “This is a truly fantastic example of residents coming together to protect their local area and people.

“They ultimately helped to prevent a stabbing and I cannot commend the actions of these people enough.”