Officers for Essex Police were baffled after spotting the car between Basildon and Colchester in Essex and posted a picture on Twitter to share their startling discovery. 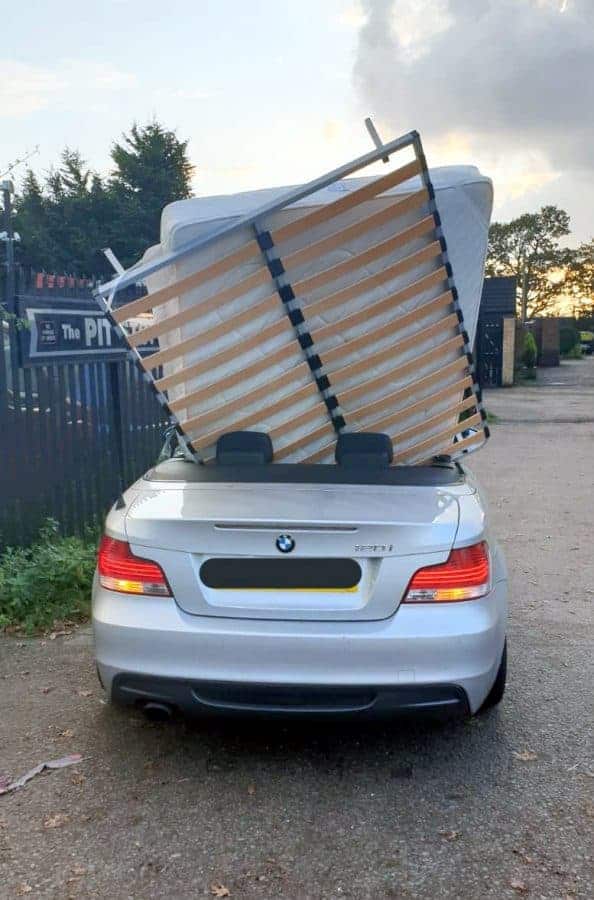 Stunned police patrol officers couldn’t believe their eyes when they spotted a BMW convertible – with a double bed sticking out of the back.

Officers for Essex Police were baffled after spotting the car between Basildon and Colchester in Essex and posted a picture on Twitter to share their startling discovery.

Using the face palm emoji, they tweeted a photo showing the convertible with its roof down and a mattress and bed frame upright on the back seat.

And when officers confronted the female driver she told them: “It’s wedged in the seat so its okay.”

“Some of the work based on traffic stops included positive stop and search for drugs, two drug drivers, seized for no insurance and an insecure load…she said: ‘Its wedged in the seat so its okay!'”

It was not clear whether any action was taken against the driver but causing a danger from distribution of load in a car can attract a fine of £100.