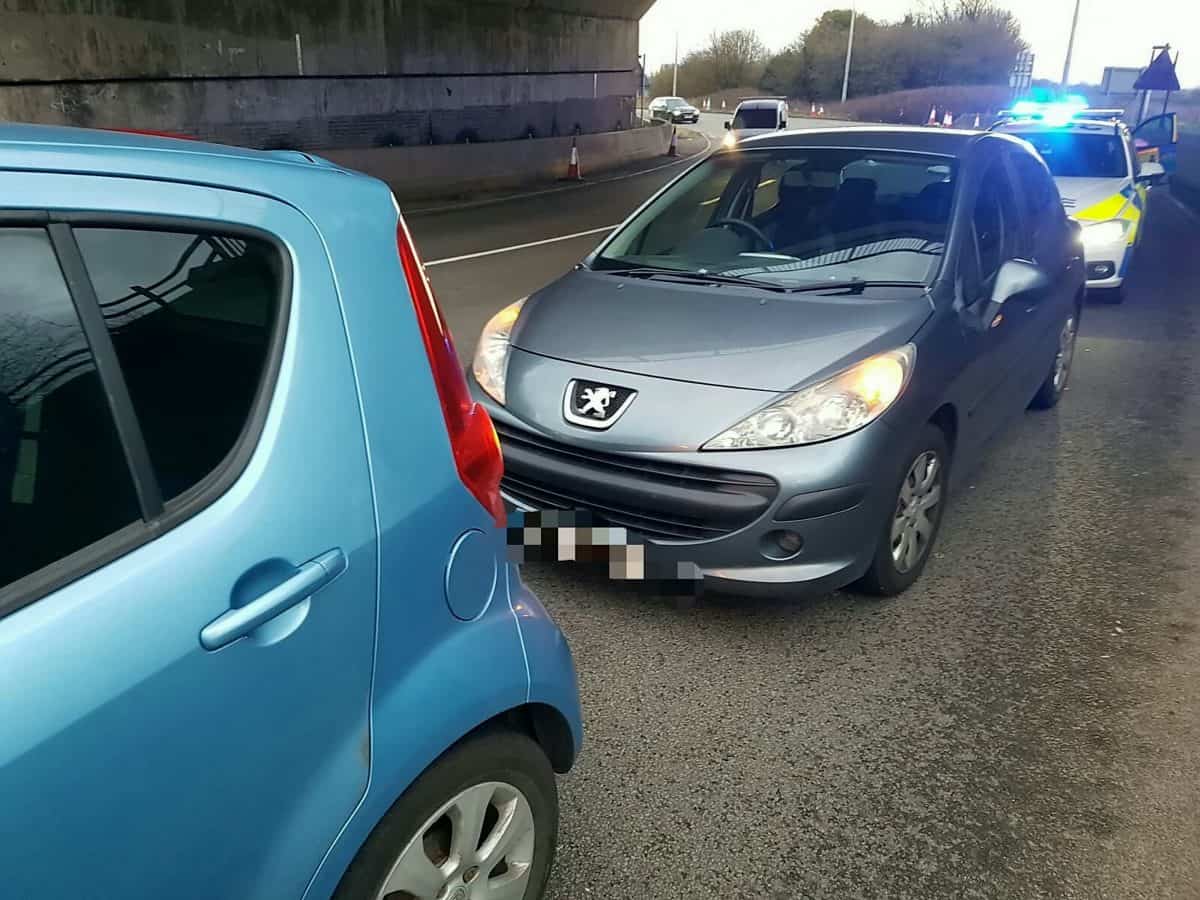 A dozy driver who called police to report a drunk motorist was arrested himself – when cops discovered he was also sozzled.

The bizarre incident happened at junction 25 of the M1 in Derbyshire following a minor collision between a Peugeot and a Fiat.

One of the drivers involved called police to report the other motorist who he suspected of being drunk.

But when cops arrived at the scene, they breathalysed the men and they were both over the limit.

One of the drivers blew 40 microgrammes per 100ml of breath, while the other recorded 78mcg. The legal limit is 35mcg.

Derbyshire Roads Policing Unit posted pictures of the cars on Twitter, adding: “You couldn’t make this up. Very minor collision at the junction causing no damage.

“One driver suspects the other is drunk so quite rightly calls us.

“Forgetting he is also drunk. Both arrested. One blew 40 and the other 78. Charged to court.”