Police detained the driver for further investigation after observing signs and symptoms of impairment. 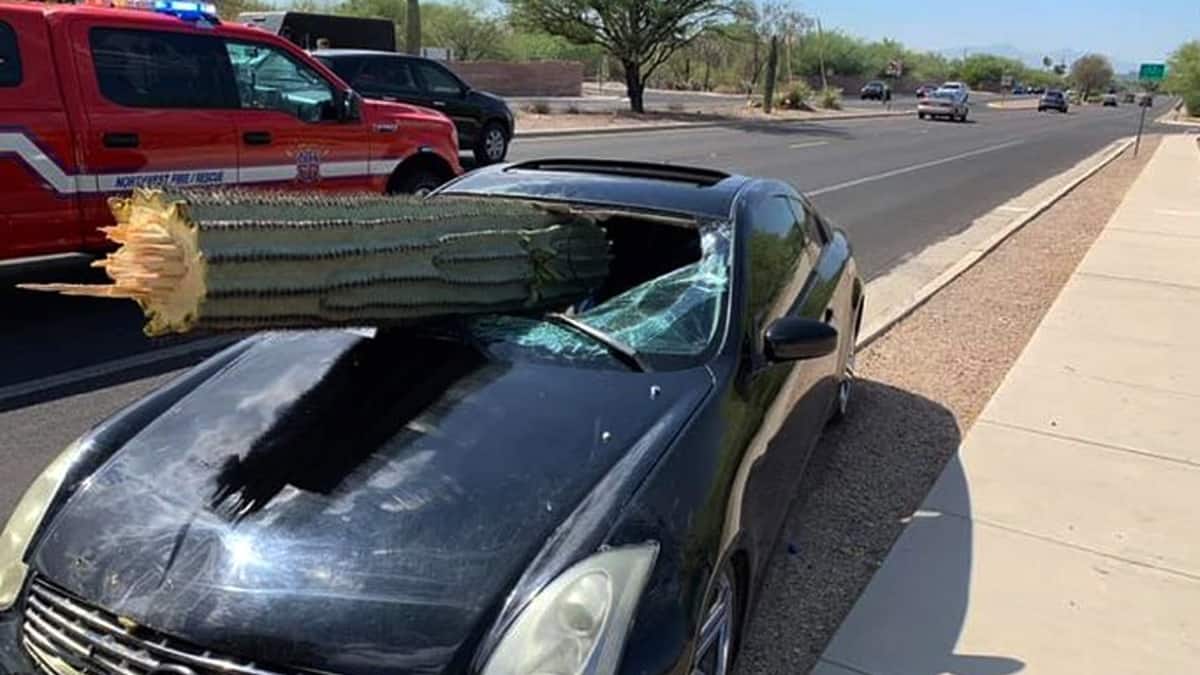 A driver had a lucky escape after his car’s windscreen was pierced by the trunk of a giant cactus in a crash in Arizona.

Pima County sheriff’s deputy Daniel Jelineo said the black sports car struck the saguaro cactus in the accident on the outskirts of Tucson before ending up on the wrong side of the road.

The broken-off cactus ended up partially inside the car, with the rest jutting over the car’s bonnet.