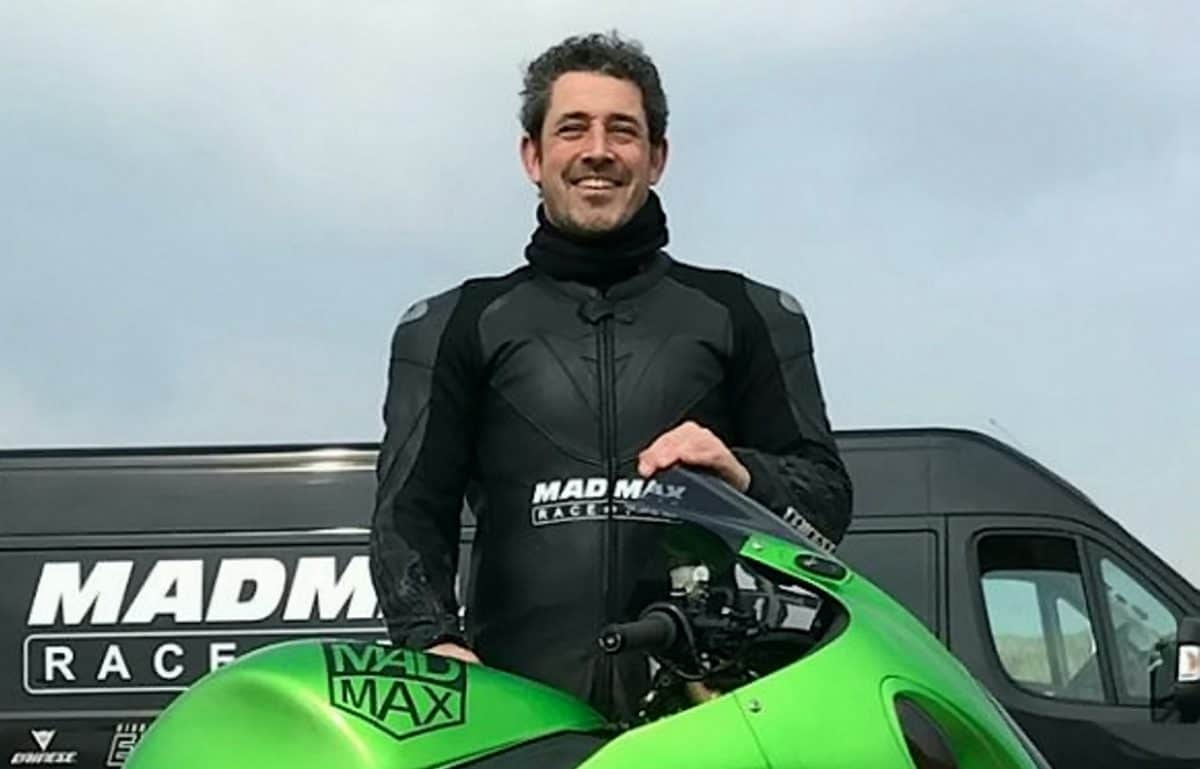 A British biker has broken the land speed world record for the fastest ever MILE – taking the title from IDRIS ELBA.

Speed racer Zef Eisenberg maintained an average speed of 182.4mph to set a new benchmark for the ‘flying mile’ record.

A flying mile takes the average speed over two mile-long runs, with a mile build up.

The record was first set on Pendine Sands in 1927 when Sir Malcolm Campbell reached 174.8mph in his iconic Blue Bird – a marker that stood for nearly 90 years.

But Zef has now taken the record from the Luther star who achieved 180.361mph in a 650hp Bentley Continental Super Sport twin-turbo W12 – also on Pendine Sands – in 2015.

Zef used the same stretch of beach in Wales on board his specially-made 400hp supercharged Suzuki Hayabusa, built by the Madmax Race Team, and needed only a single run in both directions.

This was despite a rear tyre that was found to be falling apart after the first run and he even survived a scare at 195mph when his helmet was sprayed with black engine oil.

He said: “The bike had been spinning the rear wheel for two miles at 240mph.

“We were using a GP racing tyre, too – the best you can get, but I assume it’s not used to that much power or wheel spin.

“That’s why these records are so hard to achieve. You’re pushing human and engineering boundaries.”

The MADMAX team fitted a new tyre during the permitted one-hour turn-around time, enabling Eisenberg to complete his return run and establish the new record.

For the third run, a harder compound of tyre was used, but the extreme demands of running at maximum rpm for nearly three miles – and constant wheelspin at such high revs – took its toll on the motorcycle’s highly stressed engine.

Zef, a businessman based in Jersey, added: “I was doing 195mph approaching the end of the mile and my helmet visor and leathers were sprayed with black engine oil, obscuring my vision.

“I lost sight of the finish flags, but I couldn’t just slam on the brakes due to the sand. Fortunately, I managed to keep it straight and bring it to a stop.

“Then I noticed engine oil spraying onto the hot exhaust, but unless I jumped off and dropped the bike, I couldn’t get off because I couldn’t put the kick-stand down on the sand. Luckily, the oil never caught fire on the hot exhaust, as the bike would have burst into flames.”

With critical engine damage, he was not able to continue racing and attempt to increase his speeds as he had been hoping to reach a speed of 200mph over the weekend.

Mr Eisenberg still holds the fastest wheel-powered vehicle (bike or car) at Pendine, at 201.5mph, which is also the fastest motorbike on sand world record.

Speaking ahead of the attempt he said he was inspired by someone asking what was next after his successful motorbike attempt last year.

He added: “That’s not good to say to someone like me and I thought let’s get the outright sand record for a car and a bike.

“When you try something that no-one has done before, there is some trepidation and fear.

“The car has a roll cage and I wear all the protection you can buy, but if the wheel sticks in the sand and the car flips 360 degrees, it could be game over.”

As time ran out on Saturday, The Madmax 1200hp Porsche Sand Racer will come back to Pendine on Speed Week 18 and 19 May for an attempt on the all-out flying mile record and speed.