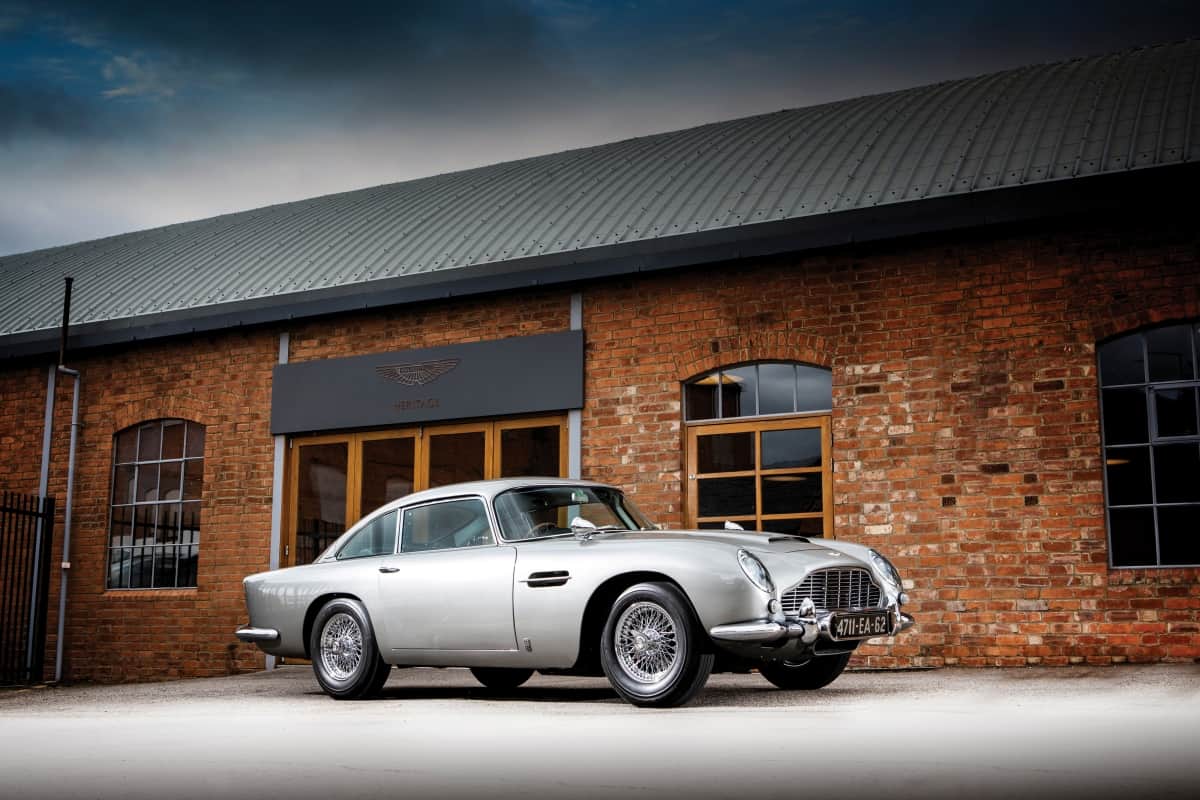 An iconic Aston Martin from James Bond movies Goldfinger and Thunderball has sold for a record-breaking $6.3m (£5.2m) – making it the most valuable DB5 ever.

But the supercar easily raced past those figures, beating the previous record by almost $2m.

The DB5 was the subject of a four-and-a-half-minute competition between six interested parties, eventually selling to an enthusiastic bidder present in the auction room.

Barney Ruprecht, car specialist at RM Sotheby’s, said: “It was an honour to offer the iconic James Bond 007 Aston Martin DB5 alongside our partners at Aston Martin Works and Aston Martin Lagonda.

“We are beyond thrilled with tonight’s fantastic result and proud to have set a new record for the most valuable DB5 sold at auction.

“Beyond this new auction record, the enormous amount of interest in the car and excitement surrounding it ahead of the auction solidifies its status as the ‘most famous car in the world’, along with the hobby’s great respect for the Aston Martin brand.”

The lot had been described as “a highly desirable acquisition for the serious marque collector … or secret agent.”

The gadgets were designed by special effects whizz John Stears after he visited Aston Martin’s Newport-Pagnell plant in late 1963.

Two modified cars were built to be used in the iconic bond flick Goldfinger; one for stunt driving and chase sequences, and the other for interior shots and close-ups.

As Q explained to 007, the DB5 was equipped with front and rear hydraulic over-rider rams on the bumpers, a Browning .30 caliber machine gun in each fender, wheel-hub mounted tire-slashers, a raising rear bullet-proof screen, an in-dash radar tracking scope, oil, caltrop and smoke screen dispensers, revolving license plates, and a passenger-seat ejection system.

It was also equipped with a telephone in the driver’s door to communicate with MI6 headquarters and a hidden compartment under the driver’s seat for weapons.

The success of Goldfinger was also a success for Aston Martin, which saw DB5 sales surge to unprecedented levels.

These cars were fitted with all the Goldfinger modifications and shipped to the United States to promote Thunderball.

It is one of these which was sold at auction.

Sean Connery, who originally portrayed James Bond on film in both Goldfinger and Thunderball, said: “These DB5s are amazing.

“I remember the Furka Pass tire shredding as well as the promotional events with these cars – they have become increasingly iconic since Goldfinger and Thunderball.

“In fact I bought a very fine DB5 myself relatively recently.”

After the US promo tour for Thunderball the cars were bought by a collector in 1969 and sold to a museum in Tennessee where they spent 35 years on display.

The car has had just three private owners over 50 years and was sold after a full restoration of all its gadgets.