Bungling crook James Roberts ran off with the pharmacy till during the botched raid because he could not work out how to open it. 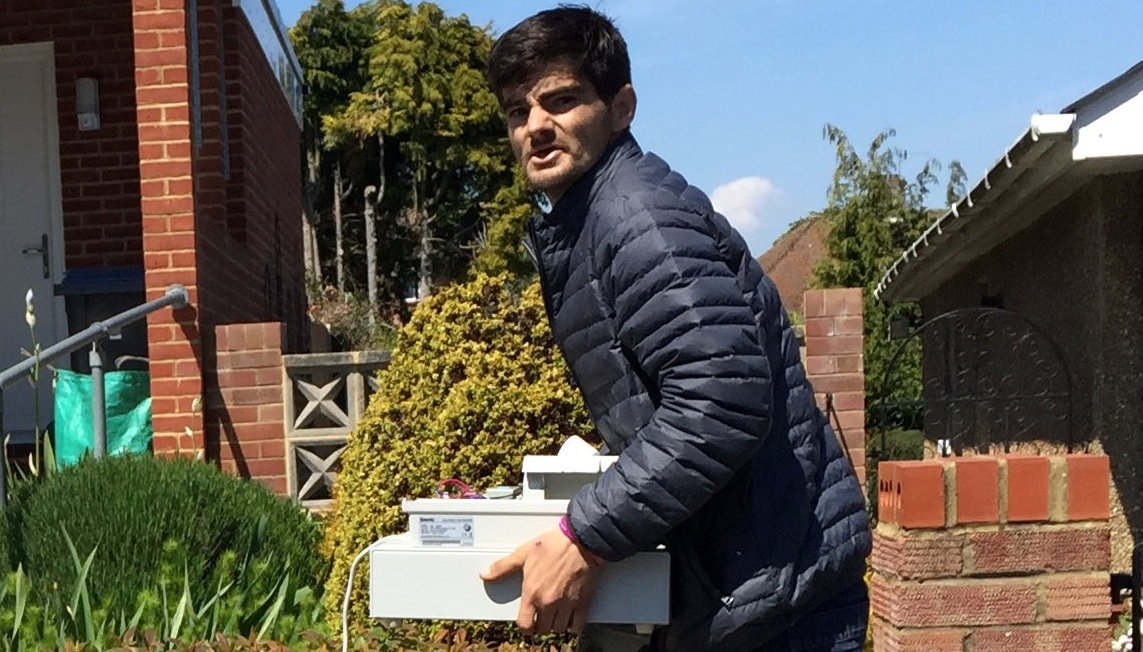 A dozy robber was caught red-handed after he was photographed running away from a raid – carrying a stolen till.

Bungling crook James Roberts ran off with the pharmacy till during the botched raid because he could not work out how to open it.

The 31-year-old said threatened pharmacists during the raid, on May 15 in Dover, Kent – an hour after he popped in to pick up some medicine.

He wasn’t holding any knife and when staff called his bluff he grabbed the till, pulling it away from the wall.

After failing to open it, he left the store carrying the entire till with him.

A passer-by saw Roberts carrying the till, took a picture, and passed it to police.

The till was found open and damaged in a nearby garden.

“A weapon was never seen but he still intended to make people believe he would hurt them if they didn’t do as he said and it must have been frightening for those members of staff.

“Fortunately he was seen with the till shortly after and with help from the public, officers were able to identify Roberts as the offender and he was arrested.”

Roberts who pleaded guilty to the robbery at an earlier hearing and was sentenced to three years and nine months at Canterbury Crown Court, in Kent, on Monday.