The vehicle was travelling on the M6 in Lancashire. 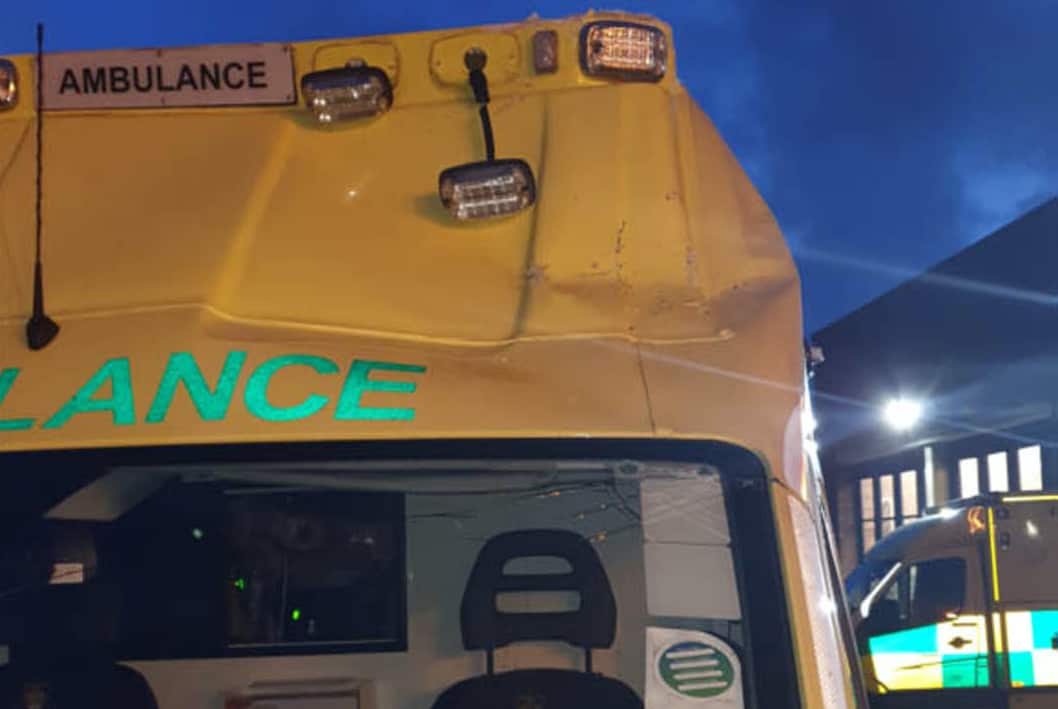 An ambulance has been damaged after a traffic cone was thrown from a motorway bridge while it was taking a patient to hospital.

The vehicle was travelling on the M6 in Lancashire in the early hours of Monday morning when the crew noticed an HGV in front swerve and then saw an orange traffic cone being thrown from the bridge above, a spokesman for North West Ambulance Service said.

The spokesman said: “It was a very close call for the crew and their patient but thankfully all escaped unharmed.

“However the attack caused extensive damage to the ambulance, with the windscreen, cab and emergency lights all needing significant repairs.”

The ambulance will be out of action for a week while repairs are carried out.

Sector manager Dave Suart said: “We’re appalled that anyone would think dropping traffic cones on to oncoming traffic is in any way a good idea.

“While attacks like this are thankfully few and far between, they are wholly unacceptable and very frightening for our staff.

“The ambulance that was hit is now with our mechanics to assess the extent of the damage and the repairs needed to get it back on the road and responding to patients.

“On this occasion we feel lucky that we are only having to deal with a damaged vehicle, and that our staff and the patient escaped uninjured.

“What these people need to realise is that this irresponsible behaviour is incredibly dangerous and could quite easily have had more severe – potentially even fatal – consequences.”

Police have been informed of the incident, the ambulance service said.