Sarah Atherton, the Conservative MP for Wrexham, has not commented on the pictures at the time of writing. 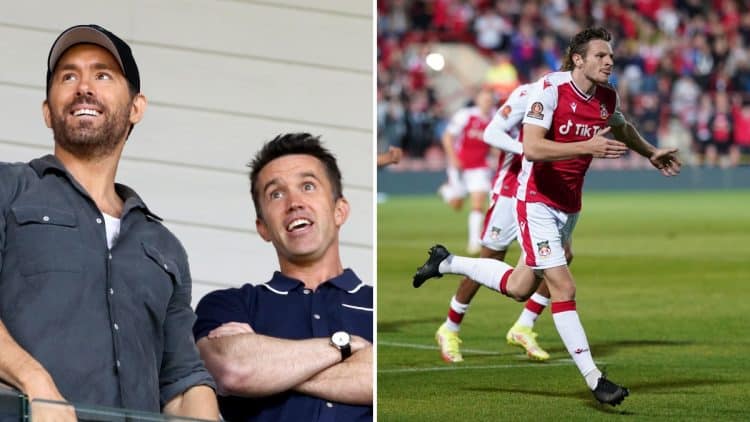 Wrexham Football Club has been forced to step in after their striker posted pictures of his boots featuring an X-rated message for the Conservatives.

Paul Mullin, who started out at Everton before making a name for himself with Morecambe, has been reprimanded over new boot prints which he posted on Instagram featuring the words: “F*** the Tories!”

The National League promotion chasers, owned by the Hollywood stars Ryan Reynolds and Rob McElhenney, said the boots will not be worn in their clash with Halifax Town tonight, or in any other fixture for that matter.

In a statement, the club wrote: “For the record, the pictures wouldn’t have been permitted to be taken, had we known, and the issue will be dealt with privately by the club. The club has adopted a neutral position on many matters with a political dimension and intends to continue to do so going forward.

“The club also acknowledge that everyone is entitled to their own opinion, whether that be employees or supporters, but would also highlight that an individual view cannot be fairly attributed as the view of everyone or the club itself.

“There is no more prominent example of this than the fact that the MP for the constituency within which the club is found, is a Conservative seat,” the statement added.

Sarah Atherton, the Conservative MP for Wrexham, has not commented on the pictures at time of writing.

“After this unwelcome distraction, the club hopes the focus remains on our objectives of gaining promotion on the field and creating community benefit off it, in which Paul Mullin will continue to play a significant part,” the club statement concluded.