Middleweight MMA fighter and The Ultimate Fighter Season 19 winner Eddie “Truck” Gordon was one of the memorable mixed martial artists on Fox TV’s The Ultimate Fighter series. TLE caught up with him for an exclusive interview as he publishes his no holds barred memoir Forever Truckin and prepares to enter the ring again next […] 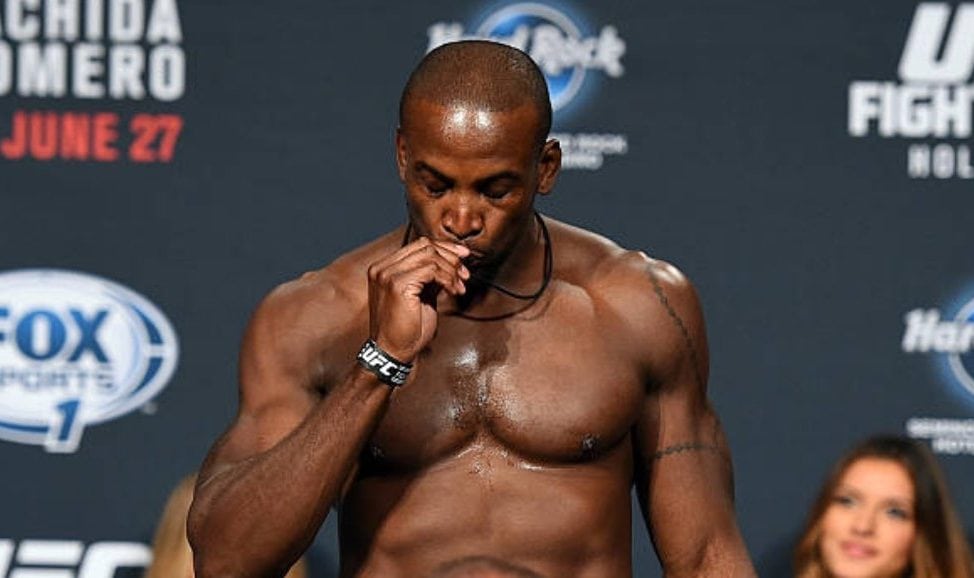 Middleweight MMA fighter and The Ultimate Fighter Season 19 winner Eddie “Truck” Gordon was one of the memorable mixed martial artists on Fox TV’s The Ultimate Fighter series. TLE caught up with him for an exclusive interview as he publishes his no holds barred memoir Forever Truckin and prepares to enter the ring again next Spring. As we found out, Eddie Gordon pulls no punches…

TLE: How did you get into fighting?

Eddie Gordon: I got into this sport on a whim. I remember watching Anderson Silva fighting Forrest Griffin. I remember people saying this is cool. I said this is cool but I want to be part of that. People said you’re too drunk, too fat and too old to pick this up. I said I believed in myself. I gave it a shot and it took off for me. The bigger the challenge, the more people don’t believe, those are the challenges I want.

TLE:  What was it like being part of “The Ultimate Fighter” series?
Eddie Gordon: The thing about TV is it’s crazy, they see what they want you to see and they create a storyline and they portray it. Working with my coach on the show Cody Garbrandt was amazing and he doesn’t get the credit he deserves. I think they were trying to create a bad guy out of him and he’s just a young emotional guy who wears his emotions on his sleeve and you know where he lies.

TLE: What are your thoughts on the drug problem in MMA?

Until the punishment is like the death penalty, guys will risk it. Especially those guys who are fighting once or twice a year, getting paid millions of dollars. They get suspended for a year and they still get their cheque. They’ll train and lift, they will fight and be ready once their suspension has been lifted. What is the real punishment? These fighters are so wrapped up into getting an advantage they aren’t thinking about results. It’s horrible.

TLE: Have you ever fought someone on steroids?

Eddie Gordon: Yes and their camps knew they were taking steroids and it’s like what are you going to do – you aren’t going to take the fight? You’re going to pass up on it or you’re going to risk it and go for it? TLE: What are your thoughts on ex-UFC Middleweight Champion Michael Bisping – the first British UFC Champion?

Eddie Gordon: It’s tough. I’m a big critic of Michael Bisping. But you got to give credit where credit is due. To get wins in the UFC is tough. I feel like during his title reign, did he face lesser competition than most champions of past? Yes, numbers are numbers. Men lie. Women lie. Numbers don’t. But he got it done and not many people can say they were UFC champion.

If you look at Michael Bisping his body hasn’t changed. He’s 38 and he became a champion. He became a champion after the United States Anti-Doping Agency (USADA) came in place. Ultimately look at all these genetic freaks that were doing head kicks, this and that, whilst looking like cartoon characters.

Michael Bisping a normal guy who pushes the pace becomes champion when he’s 38. Is there a coincidence? USADA came in and levelled the playing field. This guy got an opportunity and made the most of it. It’s not a coincidence. Look at their bodies they went from being a specimen to having dad-bods. The proof is in the pudding.

TLE: You cut to welterweight for the most recent season of The Ultimate Fighter and you are a big middleweight anyway. What are your views on weight cutting?

Eddie Gordon: Cutting weight is under talked about and it’s miserable. There’s a reason why on these count down shows they never really highlight it. – Because it is a black eye on the sport. I used to cut weight the wrong way and it has literally robbed years of my life.  It made me question whether I really want to do this.

You are sitting there on the brink of death to make weight, then you got to rehydrate and go there and perform against some of the toughest guys in the world 24 hours later.

In my opinion, the worst thing for a fighter is himself or herself and unfortunately we always look for advantages.

TLE: What weight do you see yourself fighting at in the future?

Eddie Gordon: I’m going to stay at 185lbs, if they offer me something I can’t refuse at 170lbs I’ll take it. I’m a big guy and I started out at 300lbs and made it to welterweight. It took a lot of discipline and sacrifices. Not going out with my kids, not going out with my friends.

TLE: What happens after a fighter’s career is over?

Eddie Gordon: Sometimes as fighters we don’t know what the next step is. We’re involved with the right here and right now. And when it’s over we don’t know where to go. We don’t have an identity because we are so wrapped up and we want to be great.

So while we’re in the moment, there should be someone in the background, saying let’s set this up, so you have a future after fighting. Because it’s such a short window we have in the bigger picture. It’s a little blip on the radar of life.

TLE: Do you think UFC was better before? Has the game changed and do fighters have to trash talk?

Eddie Gordon: The game has changed. The old UFC, the best fighters fought the best person. You see guys now who aren’t that high ranked moving onto title fights earning millions of dollars because of their mouth and their trash talk.

But there is a fine line. You see people cross the line and it is the Conor McGregor effect. Fighters feel like they need to trash talk to make money and it’s scary. With UFC 217 Jedrzejczyk vs Namajunas and the trash talk, Joanna took it too far getting into touchy subjects like mental health. You know we all want to make money but for you to bring another fighter to tears, that is brutal.

UFC sold for £4 billion dollars and they have to recoup that money and they got to do something about it. It is not the best thing for the sport but for the entertainment aspect that’s what puts money in their pockets and its scary.

TLE: What are your thoughts on the UFC model?

Eddie Gordon: Take the NBA, – the NBA promotes the players. The players are individuals and now it’s a global sport. Take the NFL and the NFL doesn’t promote the players like the NBA does. Its more about the NFL shield and that’s the route that the UFC has gone.

The UFC believes they can make a new star and make sure they keep the brand bigger than the fighter. Conor McGregor has thrown a monkey wrench into that and it’s almost like the UFC created a monster.  It’s a catch 22 and it’s looking like the UFC is going to unfold.

You got to understand the UFC has only been around for 20 years. It’s in the baby stage and its one of the fastest growing sports in the world and its exciting where it’s going.

TLE: What have you been up to since The Ultimate Fighter and what are your future plans?

Eddie Gordon: Yeah, everything has been going good for me since Ultimate Fighter. I have a couple of different ventures going on.

TLE: Can you tell us more about the book?

Eddie Gordon: Everyone wants to tell me I am an overnight success. It wasn’t overnight. It has been 34 years in the making and my story won an Emmy award for the documentary [see above] they did on me.

I want to motivate that young kid that came from nothing, who no one ever believed in but believed in himself. The book will be available hopefully this week, if you follow my social media @TruckMMA_UFC I will be promoting it.

Importantly it’s going to be affordable. I don’t want money ever to be an issue for someone to step into their greatness.

TLE: Updates on your fight career?

Eddie Gordon: I’ve been training and getting ready to get back into the Octagon. Not sure where yet, being a free agent is good but I am in a good place, because I’m not fighting because I need the money. I fight now because I love the sport and it’s a good opportunity for my family.

I’m definitely fighting again, there is a lot left in this tank.

TLE: Thank you Eddie for this opportunity, it was brilliant to talk to you. Is there anything else you want to say?

Eddie Gordon: I want to thank you for reaching out. It was certainly a pleasure.