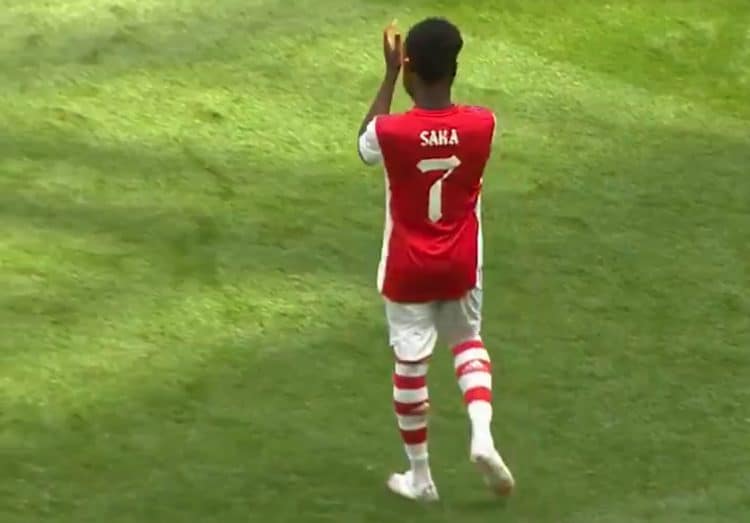 Bukayo Saka received a warm welcome at the Tottenham Hotspur Stadium this afternoon as fans put their rivalries aside to welcome the England star.

The Arsenal winger, who was subbed on forskipper Pierre-Emerick Aubameyang in the pre-season North London derby, made his first appearance since he was racially abused after missing a penalty in the shootout defeat by Italy in theEuro2020 final.

With no away fans for any of the Mind Series matches, the Spurs fans gave him a warm ovation, with fans also displaying banners reading: “North London stands with Bukayo Saka and all players against racism and discrimination”.