Owner Roman Abramovich is understood to have driven the decision having listened to fan protests. 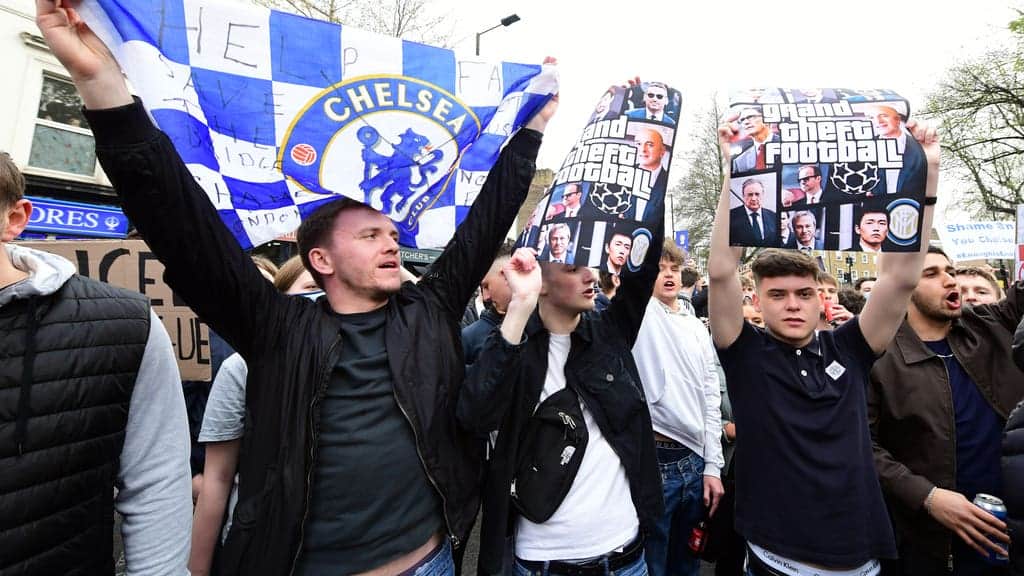 Chelsea fans protesting outside Stamford Bridge have been captured celebrating after news broke that the club will no longer be participating in the controversial European Super League.

The Blues were reportedly the first of England’s ‘Big Six’ clubs to choose to quit the competition, which was only announced on Sunday night.

Owner Roman Abramovich is understood to have driven the decision, having listened to fan protests and opted to pull out of the new European league plans.

Atletico Madrid and Barcelona have reportedly also withdrawn, but it is understood Manchester United and Liverpool have not changed their position, though news broke on Tuesday night that United’s executive vice-chairman, Ed Woodward, had resigned.

Abramovich’s motivations are thought never to have been about money, and the Blues are now understood to be preparing documents to withdraw formally from the competition.

Stamford Bridge chiefs were only thought to have signed up as a founder member of the Super League in order not to be left behind by the rogue breakaway.

Fans rejoice at Stamford Bridge as Chelsea rumoured to be pulling out of Super League pic.twitter.com/JymvaD4Hjh