Two crooked businessmen who pocketed football fan’s money by stripping a professional club of its gate receipts during an elaborate scam have been jailed. Stephen Murrall, 49, and Peter Harris, 47, were trying to convince the Football League that they were ‘fit and proper persons’ to take over struggling Hartlepool United. But a court heard […] 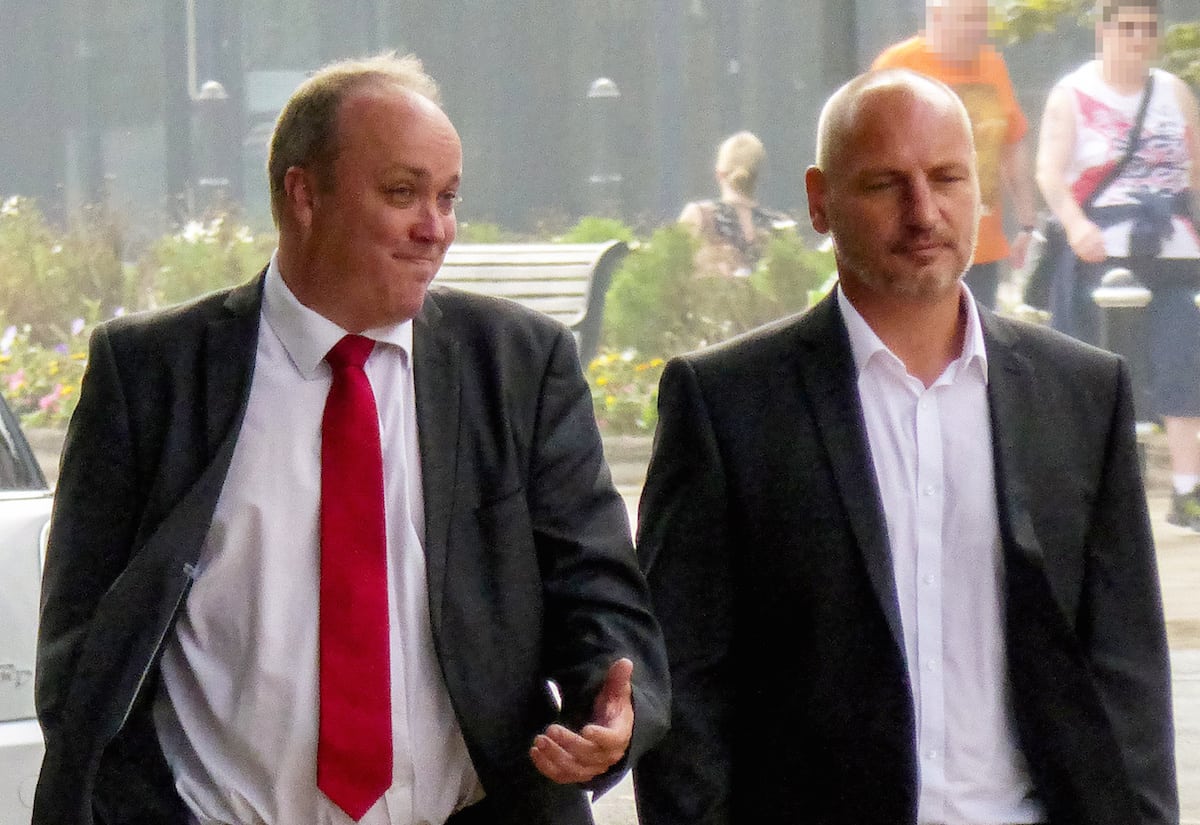 Two crooked businessmen who pocketed football fan’s money by stripping a professional club of its gate receipts during an elaborate scam have been jailed.

Stephen Murrall, 49, and Peter Harris, 47, were trying to convince the Football League that they were ‘fit and proper persons’ to take over struggling Hartlepool United.

But a court heard how £42,453 in gate receipts from two home games went into the pair’s company but quickly disappeared.

When the league made enquiries the entrepreneurs did not have the money to repay the debt.

So in January 2015 they persuaded Jonathan Rehbein of the ESRG Group to loan them £50,000 over seven days at 20 per cent interest, which was never repaid.

Mr Rehbein was then given a succession of excuses from Murrall – including problems at the bank, taking his son to hospital, and it being President’s Day in America.

During this time Hartlepool United slipped out of the Football League for the first time in its 109 year history and are currently languishing 12th in the National League .

After almost 19 hours of deliberation, a jury convicted Murrall of all five charges, while Harris was found guilty of two of the three.

Murrall, of Shipston-on-Stour, Warks., was sentenced to eight years in prison and disqualified from being a company director for nine years on Tuesday (7/11).

Harris, also of of Shipston-on-Stour, was sentenced to 30 months in prison and disqualified from being a company director for six years.

The court heard how the pair – operating under the company TMH 2014 ltd – attempted to buy Hartlepool with two others in December 2014.

On December 17 a sales purchase agreement was signed with Hartlepool United’s CEO Russell Green for TMH to buy the club.

Certain conditions had to be met by 31 January 2015 before they could take over as owners – but Harris believed they should be entitled to the gate receipts straight away.

After taking £42,453 from the next two home games, Murrell sent Mr Green an e-mail attachment purporting to be a bank statement showing assets of 1m euros, and other bogus documents followed to try to convince the club it had the money.

The frauds came to light after Murrall was made bankrupt in 2015 and he had to hand over his computer, on which evidence was found which triggered an investigation.

Detectives also found evidence of an attempt to obtain more than £850,000 in the form of a Research and Development Tax Credit repayment from HMRC using fraudulent invoices.

Detective Constable Jenny Baker, of Warwickshire Police ,said after the case: “This type of large scale business and tax fraud sometimes seems detached from real life, but this is not the case.

“It is the offence at Hartlepool United, a football club at the heart of a community, that demonstrates the impact this type of offending has on members of the public from all walks of life.”

“Murrall in particular selfishly attempted to steal money that should have been used to fund vital public services and they must now pay the price for their dishonesty.

“HMRC takes tax fraud extremely seriously and anyone deliberately choosing to steal taxes will be prosecuted.

“Working closely with Warwickshire Police, this is the culmination of a painstaking investigation into businessmen who thought they were above the law.

“If you suspect any type of financial fraud whether individuals or businesses I urge you to report it.”