"If you watch one thing today, make sure it's this." 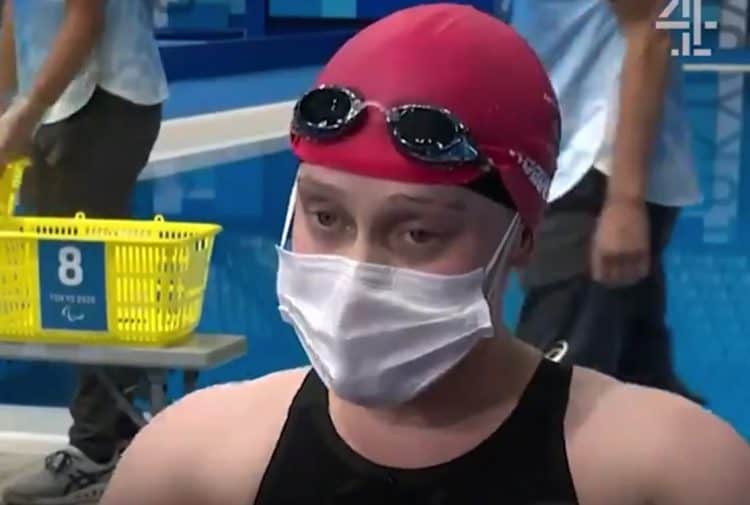 Speaking to Channel 4, the British swimmer, who celebrates her 20th birthday on Monday, revealed that Perthes’ disease in her hip had caused her agony over the last year and meant she could not swim butterfly between November and May.

Two injections and a variety of medications were prescribed but could not alleviate the pain, to the point that her participation in Tokyo was in doubt.

The Northampton swimmer nevertheless took her place on the starting blocks at the Tokyo Aquatics Centre and despite missing out on the medals was adamant that: “This is a story of triumph. This is not a story of defeat.”

“In the past year people have been saying to me it’s OK to finish,” she said. “I was at a really, really low point in my life. I was struggling so much, I was seeing a psychiatrist, I was on medication. It was one of the hardest years of my life. People have been saying: ‘It’s OK to finish, you don’t have to carry on,’ and I said: ‘I’m not finishing this way, it is not going to end this way.’

“So I didn’t walk away and even if I did now I could still say that I ended on my own terms, I went out the way that I wanted to. I’m just so emotional because there were so many times when I thought, if I have to crawl to the starting block on my hands and knees I will do it.

“And I’m just so proud of myself getting this far because I’ve been in agony this past year. This is a story of triumph. This is not a story of defeat. This is just showing people that what threatens to weaken you will not overcome you. You will conquer. You are in control. I’m in control of when I finish, I am not being told, and I went out there and I proved to myself that I can overcome challenge and I’m so glad that I did.”