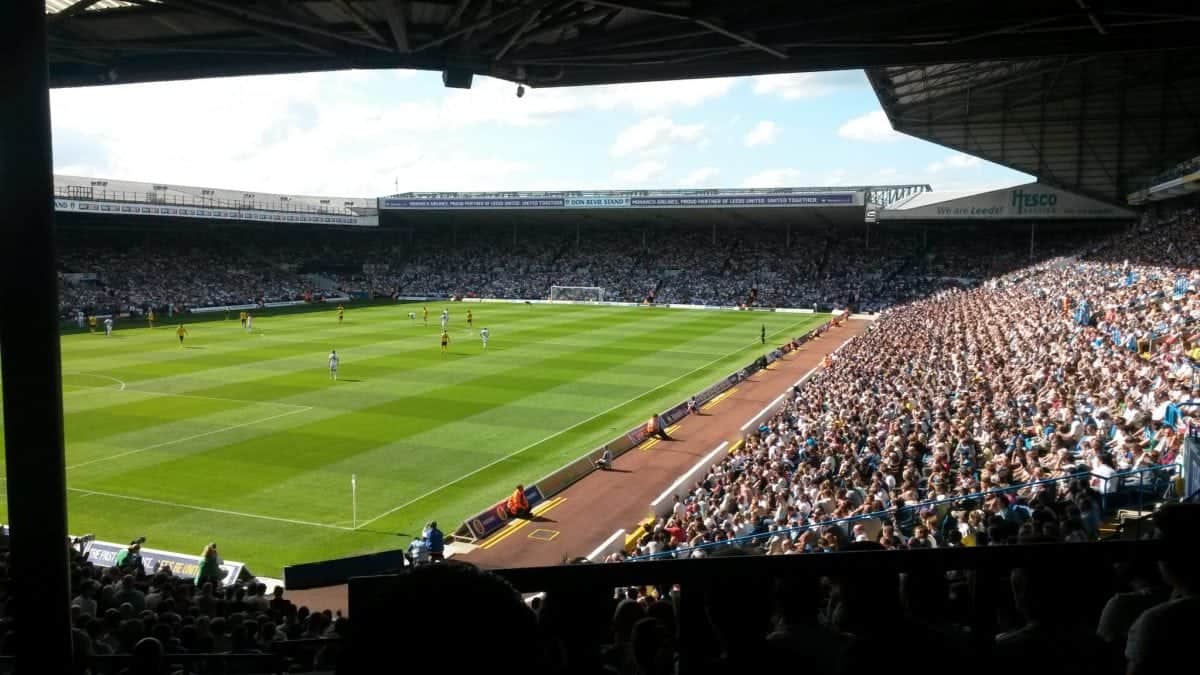 The loan system in football is the sporting equivalent of a one night stand: an oft fleeting embrace that fills a void for a moment in time, before dissipating into nothing but a memory. Every now and again, however, it can lead to something special.

Talking about Pontus Jansson in such terms is wholly apt for Leeds United fans right now. The towering Swede, on loan from Italian club, Torino has engendered an excitement amongst the Elland Road faithful not seen since the days of Jermaine Beckford’s goal scoring feats in League One.

Jansson is inspiring something rather more revolutionary and is allowing fans to dare to dream of a return to the promised land of the Premier League.

Leeds are flying high in the Championship, ensconced in the play-off places and riding the crest of a wave. Leading the charge is our very own colossus.

In this moment in time, everything is perfect for Jansson and Leeds. He said in a recent interview that Leeds United has rekindled his love for the sport. His dominant displays at the back are the bedrock of an upturn in the club’s fortunes and his relationship with the supporters is a love affair.

He already has his own song and his face just fits. He’s a bit of Leeds United, an embodiment of what the club stands for. He seldom loses an aerial battle and isn’t afraid to stick the boot in. He picks up way too many bookings and plays with a raw emotion that is a joy to behold.

There is more than a tinge of Dirty Leeds about Jansson, yet he combines it with assured performances and a deft touch – there is silk as well as steel.

In the recent victory over Reading at Elland Road he pulled off a desperate, lunging goal line clearance with the score glued at nil nil. He then leapt to his feet before roaring at the kop, slapping the stanchion and thumping his chest. It was untamed aggression. It was Leeds United.

After his first goal for the club, away at Norwich in another victory, he celebrated by sprinting into the adoring away fans, at full tilt. It took 10 men to stop him running through the stadium. It was a moment that guaranteed his cult hero status. It was the best yellow card I’ve ever seen.

Whilst everyone wants this moment to last forever, this is football and this is Leeds. The deal that brought Jansson to Leeds includes a clause that means the club will have to sign him for an agreed fee of £3.6m after his 20th appearance. He has played 19 times now.

The problem, if you can refer to it as such, is that Jansson is too good for the Championship. He’s the best centre back in the division. Hopefully he can fulfil his ambitions right here at Elland Road, but if Leeds fail to get promoted, there will be bigger clubs making enquiries as to the availability of his services. That £3.6m fee, however, looks like an absolute bargain.

For now, though, we can enjoy a fine player propelling us in the right direction. He’s clearly happy and enjoying every minute of it, too, so long may the fun continue. The fist pumps, the roaring, the clattering tackles, the headers, the skill, the assured passing, the yellow cards, the chest thumping, the infinite number of man of the match awards and the songs.

It may not be repeated for Jansson anywhere else. A plethora of stars, adored at Elland Road, have moved on to greener pastures, but are never able to replicate that bond with the fans. Ross McCormack, Jonny Howson, Beckford, Luciano Becchio, Robert Snodgrass… I could go on. Jansson is in a special place right now.

Hopefully this is more than just a fleeting embrace.