I can sympathise with many of the things The Hundred is setting out to fix, I'm just saddened that we never found solutions within the existing formats. 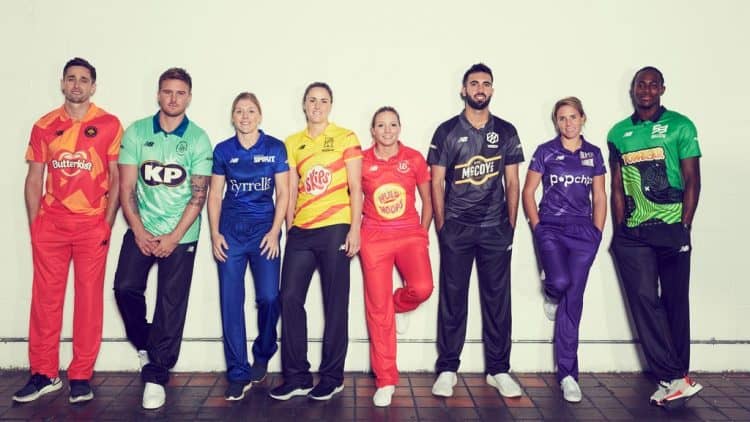 As soon as The Hundred, cricket’s glitzy new American-influenced format, was announced, I knew I didn’t like it.

Like many purists who are still licking their wounds from the introduction of the T20 ‘Blast’ I felt immediately affronted by the introduction of another format that not only shortens the game, but does away with several other aspects that we know and love in a bid to reward swashbuckling, high-octane slogathons.

For those unfamiliar with cricket, The Hundred’s spin on it is the equivalent of widening the goal in football, or the try lines in rugby. It is all for IN and IN for all, with the battles of old between batsman (sorry, batter) and bowler, captain and captain, nullified in favour of fired up flares and pumping music.

And that isn’t even the half of it.

Old county allegiances for which cricket is renowned have been dumped for a draft system much like the NFL in America, with players plucked from across the country and, indeed, the world to play for city-based clubs such as Manchester Originals, London Spirit and (my favourite) the Northern Superchargers. There will be tactical timeouts where the coach can walk out to the middle of the ground and discuss strategy with their players mid-game, and the kits will be brandished with junk food.

In many ways they have boxed up all of the elements that comprise the traditional game, thrown them in the bin and created its polar opposite out of the scraps. Little wonder, therefore, that people feel slightly affronted.

But its creation has forced cricket fans to face some uncomfortable truths that have been ignored for too long. The first is that the game is not accessible. Until Channel 4 aired coverage of England’s Test series against India earlier this year cricket had been off free to air channels since the same channel broadcast the momentous Ashes win in 2005. On Thursday, the first men’s Hundred game will be live on BBC2, which is a monumental step forward for the game.

Secondly, there will be more parity between the women’s and men’s games. The first match of the competition will be a women’s fixture between Oval Invincibles and Manchester Originals this evening. It too will be live on the BBC. There is also a big emphasis on gender-neutral language, which is likely to rub a few people up the wrong way, but who cares? We are talking about a potentially seismic shift for the woman’s game, and that’s worth upsetting a few people over.

And finally, at least to the unaccustomed eye, The Hundred does for cricket what few other advances have managed to achieve over the years; it makes it seem fun. What struck me when I first got an invite to a game was that it didn’t come from one of my usual cricketing mates but a friend of my girlfriend, who is also for the first time seemingly enthused about heading to a game.

Any format that can get my missus into cricket probably warrants a degree of respect from old, washed-up loons such as myself. I’m just a little sad that we couldn’t overcome the barriers to cricket she, and many others, have faced earlier.