Scientists have warned that mandatory face mask wearing and working from home could be reintroduced in August. 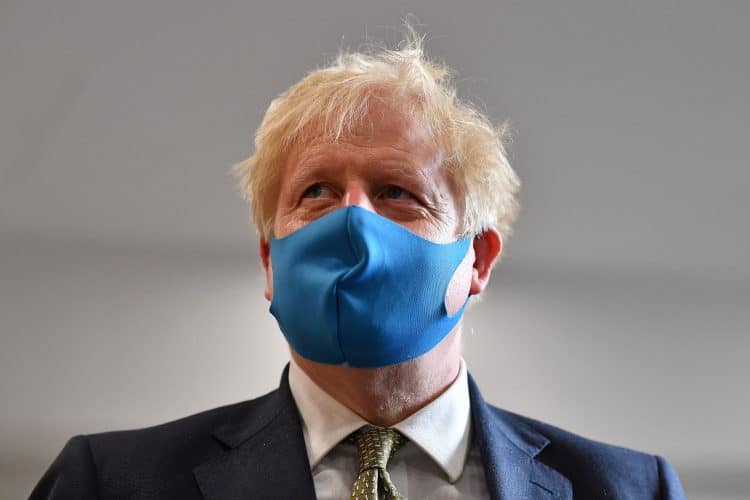 Face masks and other Covid restrictions could be reintroduced in England in as soon as three weeks if hospital levels rise above expected levels, scientists advising the government have warned.

Members of the Scientific Advisory Group for Emergencies (SAGE) have reportedly concluded that Boris Johnson must be ready to take action in the first week of August to avoid the NHS being overwhelmed.

A report in the i newspaper suggests that if admissions exceed estimates – that daily hospitalisations in the UK will peak at the end of next month at between 1,000 and 2,000 with daily deaths reaching up to 200 – scientists have said measures like mandatory masks and working from home should be reinstated at the start of August.

According to recent government figures, the UK had already reached 745 daily hospital admissions by the middle of July – six weeks ahead of the forecasted peak, and ahead of the ‘Freedom Day’ removal of restrictions.

There were 4,567 patients in hospital with coronavirus on Monday – 611 of whom were on beds with ventilators. The figure rose by 38.4 per cent between 8 and 14 July.

Professor Dominic Harrison, the director of public health for Blackburn with Darwen council, told i: “Any return to non-pharmaceutical interventions to control spread would have to focus on those that give the biggest suppression effect.

“Essentially we might expect a reverse through the lockdown lifting steps with each ‘reverse step’ being introduced to match the scale of the surge in cases.”

Around nine in 10 adults in all parts of the UK are now likely to have Covid-19 antibodies, new figures suggest. The estimates range from 88.6 per cent in Scotland to 92.6 per cent in Wales, with 90.0 per cent for Northern Ireland and 91.9 per cent for England.

The presence of coronavirus antibodies suggests someone has had the infection in the past or has been vaccinated. It takes between two and three weeks after infection or vaccination for the body to make enough antibodies to fight the virus.

Antibodies then remain in the blood at low levels, although these levels can decline over time to the point that tests can no longer detect them. The latest estimates are from the Office for National Statistics (ONS) and are based on a sample of blood test results for the week beginning 28 June.

The ONS said there is a clear pattern between vaccination and testing positive for Covid-19 antibodies but “the detection of antibodies alone is not a precise measure of the immunity protection given by vaccination”.

Once infected or vaccinated, the length of time antibodies remain at detectable levels in the blood is not fully known.