UN research published in March revealed over a third of the world’s greenhouse gas emissions come from the food industry. 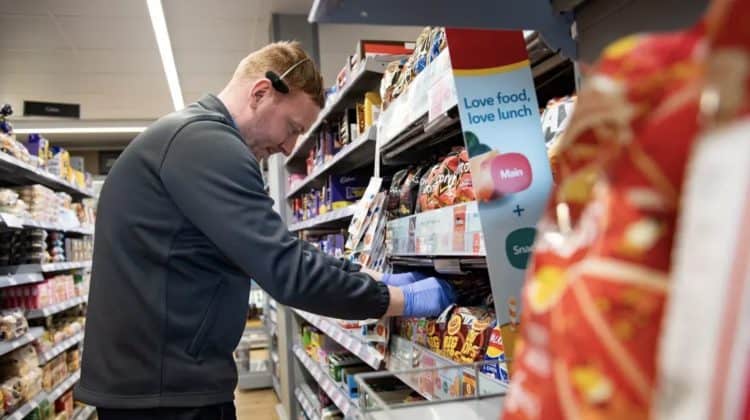 International food and consumer goods giant Unilever is set to introduce carbon footprint labels on its products for the first time.

The project is set to be launched in Europe and North America later this year and extend to UK supermarkets, The Independent has revealed.

The British multinational company, which owns the Pot Noodle and Marmite, is also intending to create “carbon-neutral” supermarket aisles.

Unilever said that almost half of its 75,000 products will receive the new labels within the next few months – with their entire range due to be labelled in the next two to five years.

The move is a first amongst international corporations, but it follows Marks & Spencer and Costa Coffee, which last month decided to use an“eco-score traffic light-style” label on some of its products from September.

Previously, only plant-based firms such as Oatly, a company producing alternatives to diary products from oats, have been using carbon footprint labels.

Marc Engel, Unilever’s global head of supply chain, said: “We intend to roll out carbon labels on our entire product range over the next two to five years and believe it will transform not only the actions of consumers, but of the thousands of businesses in our supply chain as well.”

Labelling products based on their environmental impact is believed to help consumers make better choices when shopping, after UN research published in March revealed over a third of the world’s greenhouse gas emissions come from the food industry.

The new packaging is believed to take into consideration the fertiliser and energy used in production, its processing and packaging, as well as its transport and refrigeration requirements.

But The British Retail Consortium, which represents UK retailers, warned accurate data resulting in trustworthy labels may be a difficult thing to achieve.

“The carbon impact fluctuates according to whether they are ripened indoors or in a field, which is itself a factor of the weather, which cannot be predicted.”

UK’s food retailer Tesco attempted carbon labelling in 2011, but gave it up after noticing people’s shopping habits did not change.

A Tesco spokesperson said: “We trialled carbon footprint labelling and abandoned it after finding they did not influence customer purchasing decisions and that the labels were hard to understand.

“We learned that we cannot affect transformational change alone and have called for collective action across the food industry.”