by Joe Mellor
in Sport, Tennis 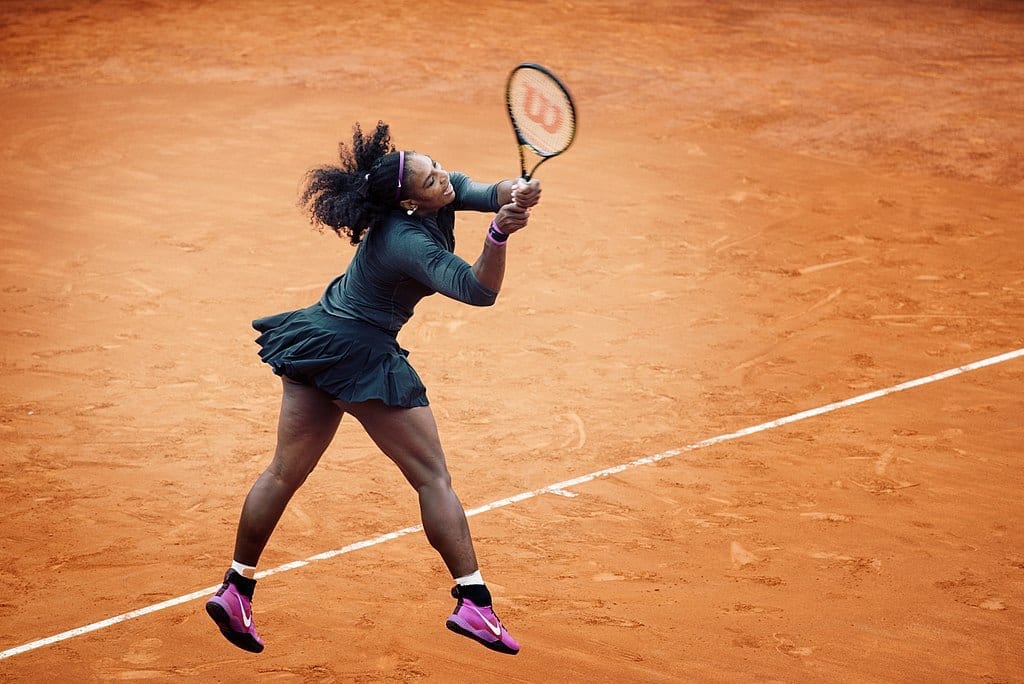 Serena Williams was a victim of subconscious sexist bias in the final round of the women’s singles at the 2018 US Open, a new study claims.

And it is all down to society frowning on women showing anger, whilst men do not face the same punishment for similar aggressive behaviour.

The tennis ace was handed a full game forfeiture when she clashed with umpire Carlos Ramos.

In the second set against Japan’s Naomi Osaka for the US Open title she was issued with a warning for what would be her first violation of receiving illegal coaching.

Williams vehemently argued the call and demanded an apology, which was not given.

Later in the match, Williams was docked a point for her second violation of smashing her racket on the ground.

When she argued this violation and called Ramos a “thief,” he cited a third and final violation of verbal abuse and issued her the corresponding penalty: a full game forfeiture.

Ever since there has been a public debate on whether Williams would have been treated differently if she had been a man.

So author Allison Goldstein set out to explore whether sexism played a role.

She said: “I was just really curious as to whether there was any research to back up Serena’s claims.

“And the answer is kind of yes-and-no. Sexism is so hard to prove in any tangible, numeric way.

“I hope this incident at least raises the possibility in people’s minds.”

The article published in the journal Statistics Views noted what most of these arguments boil down to is the question of whether women are penalised more often for the same behaviour as men.

If 100 men and 100 women shouted the same obscenity during a tennis match, and 75 women were penalised, would 75 men be penalised, too?

However there is no record of every action taken by every tennis player and if there was it would be a subjective tally.

Ms Goldstein pointed that earlier in the 2018 US Open tournament, Alize Cornet was penalised for taking off her shirt on court.

But Roger Federer, Novak Djokovic, and other male players conducted the same on-court wardrobe change during their matches that very same day and were not penalised.

And there are statistics in relation to the number of fines issued to men and women for various code violations in Grand Slam tournaments.

According to data from the Australian Open, French Open, Wimbledon, and US Open tournaments that were held between 1998 and 2018, men have been fined more often than women for every code-of-conduct violation except for coaching.

Yet while it may look like men should be arguing about unfairness, there are a few factors that help to account for this disparity, Ms Goldstein said.

Firstly, men play more tennis than women at these tournaments.

Secondly, there are simply more men on the court playing tennis and accruing violations at these tournaments, because there are more slots for them.

At the Australian Open, the French Open, and Wimbledon, there are 128 singles spots for men vs. 96 for women, so 25 per cent fewer women on court, acting in ways that could potentially warrant a penalty.

Ms Goldstein said: “If we take these two factors- fewer women spending less time on court – into account, the disparity in fines for violations between men and women decreases considerably.

“However, what it doesn’t do is show that women are actually fined more often than men.

“Thus, statistically speaking, there isn’t any real concrete evidence to show that, when it comes to being issued a violation, women are treated any more unfairly than men.”

“What is interesting about the Grand Slam tournament violations, however, is that most of them are issued for what could be perceived as anger, or ‘acts of aggression.’”

Of the 2,052 fines issued to both men and women between 1998 and 2018, more than three-quarters them were issued for racket abuse, audible obscenity, and unsportsmanlike conduct violations.

Adding in the other “anger-expressing” violations of ball abuse, verbal abuse, and visible obscenity pushes that figure up to 86.5 per cent.

Ms Goldstein added: “So a vast majority of tennis violations are issued for expressions of anger… and research shows that women are disproportionately penalised for showing anger.”

She pointed out several studies revealing that women are disciplined and discredited for expressing anger.

Ms Goldstein concluded: “All of this is relevant to the tennis squabble at hand.

“If it is indeed true that women are disciplined and discredited for expressing anger, then it stands to reason that Ramos penalised Serena to a degree that he would not have done if a man had acted the same way.

“Does that ‘make it okay’ to receive coaching, smash a racket, and berate the umpire of a professional tennis match? Of course not.

“But it’s worth a second look at our inherent biases and how they might influence not just tennis matches, but people’s entire livelihoods.”