From a statistical standpoint, it’s hard to justify Valverde’s sacking. 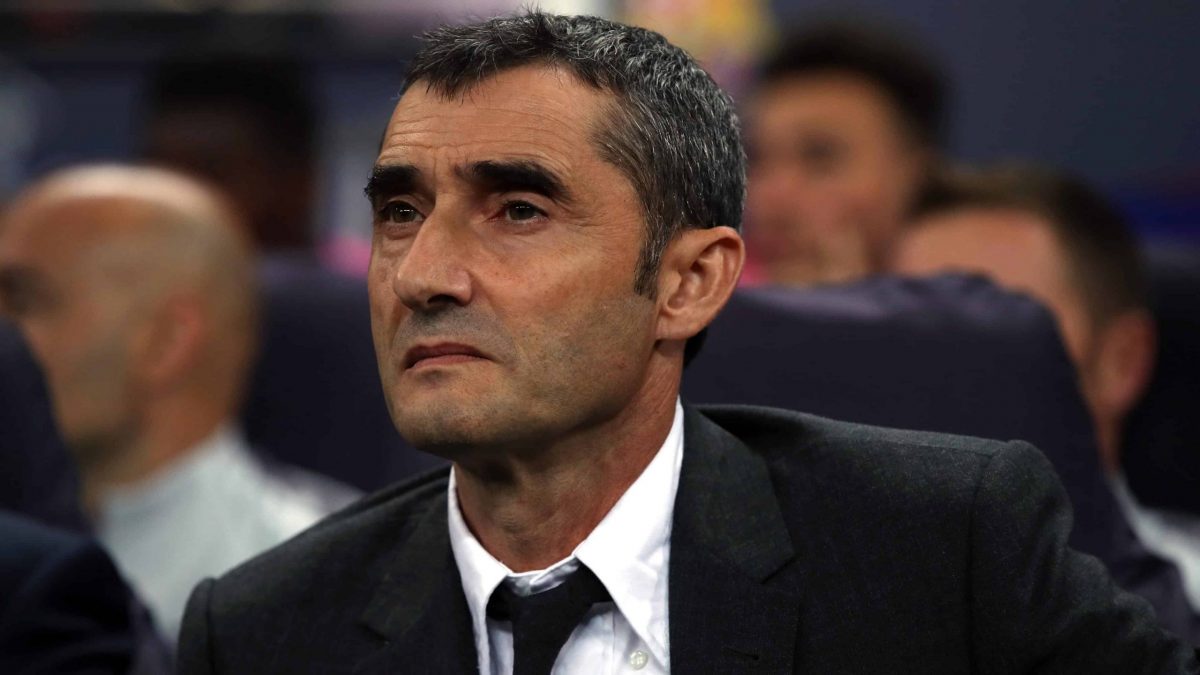 Barcelona rather bodged their attempts to get shot of Ernesto Valverde, two and a half years after the Spaniard assumed one of the most coveted roles in world football. Attempts to tempt former players Xavi and Ronald Koeman were both public and rejected, undermining the position of Valverde and making his sacking inevitable. It was a sad end to a curious reign, but was it the right decision?

Success alone isn’t enough to satisfy Barcelona. The golden years of Pep Guardiola’s reign cast a long shadow over the Barcelona hot seat, with style as well as success being expected. The criticism that nipped at Valverde’s heels throughout his reign was that this was not a Barcelona team forged in the traditional image of the club.

With that in mind, the statistics make for interesting reading in assessing Valverde’s performance. After 19 games of the 2019/20 La Liga season, the exact halfway point, has Valverde really failed Barcelona?

Valverde leaves with Barcelona sitting on top of La Liga on 40 points, level with eternal rivals Real Madrid but ahead of them on goal difference. 49 goals scored is La Liga’s most, 13 ahead of second-best Real Madrid. With an expected goals (xG) tally of 31.6, however, Barcelona are outperforming what could reasonably be expected of them by a significant margin. The difference between goals scored and xG stands at 17.4, by far and away the largest disparity in La Liga.

So, Barcelona under Valverde have been scoring 2.58 goals per game. Not too shabby by mere mortal standards. The Nou Camp has also been a hub of creativity, with 37 assists. More naturally associated with pulling the trigger rather than loading the bullets, Luis Suarez and his seven assists is a La Liga high. Lionel Messi has been the major beneficiary and his 13 goals is also La Liga’s best. Suarez has 11 goals and Messi six assists, making these two the most productive attacking performers in the division. With Suarez out for the rest of the season, Barca have lost one of their attacking crutches, something which may have played into Valverde’s sacking. Are Barcelona too reliant upon Messi and Suarez?

They have made Barcelona incredibly efficient. Barcelona score with every 0.20 shots attempted and every 0.42 shots on target. This speaks to the quality of chances that they have been creating, with their 109 shots on target standing second only to Real Madrid (122). 47.4 per cent of Barcelona’s shots are on target, an unparalleled level of accuracy.

Whilst goals can, to a certain extent, be expected when you have a generational talent such as Messi to call upon, Barcelona are romanticised for their possession and passing. Perhaps surprisingly, given some of the criticism levelled at Valverde, the ‘Barca way’ appears to have been in full flow this season. 13,220 passes have been attempted by Barcelona, with 11,618 being accurate. This 87.9 per cent pass completion rate in the best in La Liga. No side has even attempted as many passes as Barcelona have completed.

Perhaps the nature of the passes hasn’t quite been to Barcelona’s tastes? Again, Valverde hasn’t obviously failed in this regard. Barcelona’s 64 through balls is 31 more than second best Atletico Madrid. 931 passes into the final third is 183 more than second best Real Madrid. 193 passes into the opposition’s penalty area is the league’s best, too (Real Madrid have made 192). This highlights the nature of Barcelona’s approach play, too, since no side has made fewer crosses into the opposition’s area than Barcelona’s 18. It appears, from the numbers at least, as though Valverde was achieving the ‘Barca way’ and staying true to their traditions. He hadn’t suddenly come over Neil Warnock and started aiming long balls to a big man up top.

Going further, Barcelona have committed the fewest fouls (210) in La Liga. They have completed more dribbles (257) than anyone else and attempted more dribbles (412). Going the other way, Barcelona’s ground defence has been solid, with 65.2 per cent of attempted dribbles against them being successfully tackled, second only to Villareal with 66.5 per cent.

It’s really difficult to make a hard case from the statistics for dismissing Valverde. Which is where we arrive at the intangibles and the Barcelona factor.

It’s all well and good espousing a philosophy which amounts to something akin to style over substance, but the substance does matter. Luis Enrique, for example, was allowed tactical leeway in better servicing the attacking talents at his disposal – Messi, Suarez and Neymar – since he delivered a treble (La Liga, Copa del Rey and Champions League) in 2015. Even then, he was on the precipice of unemployment at that season’s halfway point.

The substance of Valverde’s two and a half years as Barca boss has been somewhat lacking and strewn with high profile and inexplicable failure. Whilst his first season was capped with a domestic double of La Liga and Copa del Rey, Barcelona suffered a nightmare in Rome in the Champions League quarter finals, where they squandered a 4-1 advantage from the home leg, losing 3-0 to Roma in the return. It soured an otherwise excellent season in which they only lost one league game. With domestic dominance confirmed, a rueful eye was cast back over their European failings.

Agonisingly for Valverde and Barcelona, history was to repeat itself in the 2018/19 season, this time at Anfield in the Champions League semi-finals. Winning 3-0 at the Nou Camp, Barcelona looked set to cruise into the final, only to implode against Liverpool and lose 4-0 on the night. The misery of that night on Merseyside was further compounded by defeat to Valencia in the Copa del Rey final. The retention of their La Liga title seemed like scant consolation and rumours swirled that Valverde was set to be ousted.

Barcelona, it appeared, had developed a fear of knock out football. Despite this, Barcelona stood by Valverde and decided to give him one more season.

Lightening striking for the third time, however, was too much to bear. The re-jigged, and much criticised, Spanish Super Cup was played in Saudi Arabia at the start of this year, featuring two semi-finals and a final. Barcelona faced Atletico Madrid in their semi-final and were 2-1 up in the 81st minute. They lost 3-2. It was another choke and proved to be the straw which broke Valverde’s back.

From a statistical standpoint, it’s hard to justify Valverde’s sacking. Under the mes que un club (more than a club) banner, however, the standards require a marriage of style and substance which Valverde was unable to achieve. Put simply, Barcelona froze on the biggest stages under Valverde. Whilst he perhaps wasn’t dismissed for his style (the numbers run counter to the theories against him), he was certainly dismissed for his substance, or lack thereof.

Related: Ex Chelsea boss was unfairly sacked by the club