"Not everybody is a fan of the sport", Nigel Huddleston said. 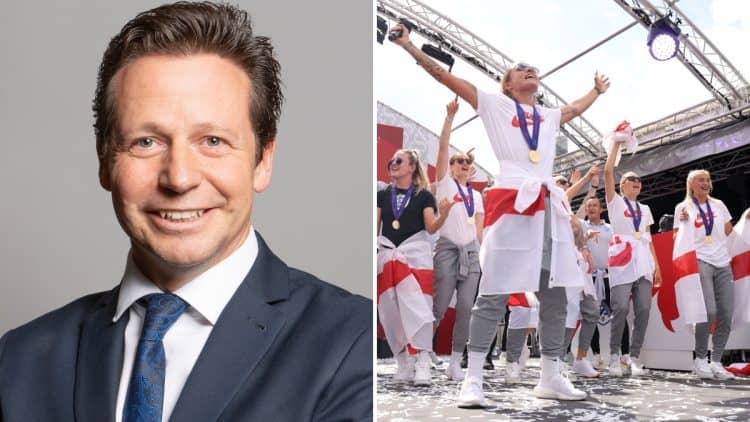 The sports minister appears to have ruled out calls from the Lionesses to ensure every schoolgirl has access to football lessons, noting “not everybody” is a fan of the sport.

It comes after the England women’s team, fresh from their victory in the European Championship, urged the Tory leadership contenders to guarantee all girls the chance to play football in PE.

However, the Government is targeting equal access to football in just 90% of English schools by 2024.

Interviewed on BBC Breakfast, Nigel Huddleston said: “We’ve got the goal of getting above 90% because … football isn’t necessarily for everybody.

“We do need to think about the diversity of the sport, but it’s an admirable goal – and what a golden opportunity as well, because there’s so much interest in football.”

With no legal requirement for girls to have football lessons, only around six in 10 are currently able to play the game at school.

In an open letter this month, the England team urged Liz Truss and Rishi Sunak to change “millions of girls’ lives” by guaranteeing them the opportunity to play football at school.

It continued: “We have made incredible strides in the women’s game, but this generation of schoolgirls deserves more.

“Lying on a beach”

Mr Huddleston was later questioned in a Good Morning Britain interview on whether the Government should have done more to celebrate the Lionesses’ recent 2-1 victory over Germany in the final of the Euros at Wembley.

When pressed by host Richard Madeley on why the team were not given an open bus procession or invited to Downing Street, he argued that “thousands” had attended the victory party in Trafalgar Square.

The Mid Worcestershire MP continued: “Conversations are still ongoing in terms of what additional things can happen.

“The Lionesses … are quite rightly lying on a beach somewhere or sitting round a swimming pool as well, because many of them went on holiday straight away.

“We’ll see if we can do something else, perhaps in Downing Street, but … that might be under the new prime minister.”