Up to half a million tickets are expected to be sold for this summer's tournament - but according to Doritos, Brits don't care for it. 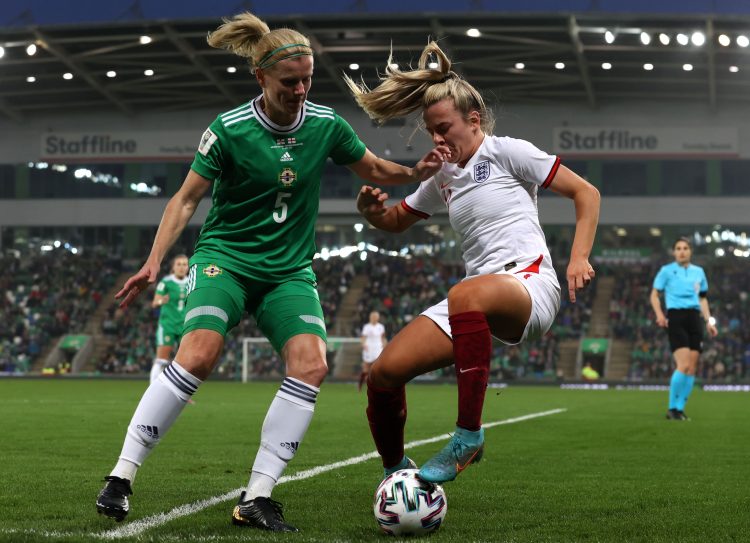 At the end of March, 91,553 people piled into Camp Nou to watch the el clásico.

Contests between Spain’s two biggest clubs are usually expected to draw such crowds, but this year there was a difference; it was the women’s teams of FC Barcelona and Real Madrid that spectators had turned up to see.

Before the game, there was a hubbub of frenzied support around the ground which only grew as the two sides contested a thrilling game.

When the full-time whistle went, nobody wanted to go home. People stayed in their seats for the lap of honour and sang late into the night.

“This is just too crazy,” Caroline Graham Hansen said. “If we are having fun, people will want to repeat it.”

A new dawn for women’s football

Over the past few seasons, we have witnessed a new dawn for women’s football.

Games have been shown on TV, female pundits are increasingly getting involved in the men’s game and, in turn, that is leading to higher attendances in stadiums for live games.

Shortly after Barcelona and Real Madrid set the world record attendance for a women’s football match, 22,134 fans piled into St James’ Park to watch Newcastle United Women beat Alnwick Town Ladies 4-0 in a fourth-tier game on their first outing at the ground.

It comes on the back of Chelsea’s FA Cup final victory in front of 49,094 at Wembley Stadium – the highest in Women’s FA Cup history.

With the Women’s Euros due to kick off shortly, such popularity is expected to be seen once again.

Total attendance at this summer’s tournament in England is expected to comfortably exceed the levels at Euro 2017 in the Netherlands.

But according to a new poll by Doritos, there still remains a lack of interest in the game.

Their survey of 2,000 Brits shows that only a fifth of Brits plan to watch the tournament – about 13 million people, therefore, if I’m not mistaken – while only 1 per cent of people in the UK have ever worn a shirt with a female footballer’s name on it.

Putting aside the tired comparisons with the men’s game, which has had several decades more time to mature, this has surely got to be one of the most colourless and drab polls ever produced by a company that claims to espouse the competition.

The crisp brand has even “paired up with” Jill Scott and Mason Mount to try and convince people to watch the tournament this summer.

Why they thought rolling out hackneyed stereotypes and pretty offensive nat-rep research in order to do so is anyone’s guess.

Related: It’s time to admit it: Nobody cares about the Nations League