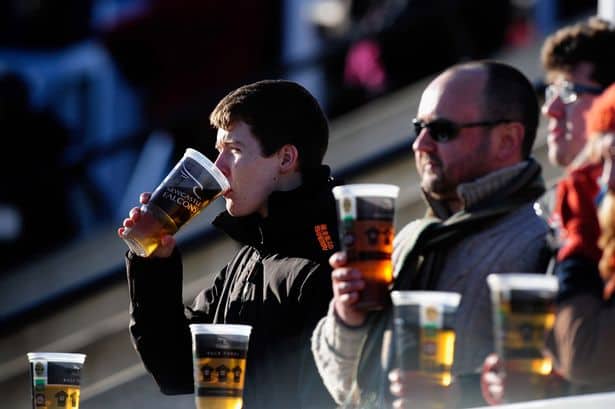 Research shows Arsenal fans on average pay £1 more for a pint of beer than Liverpool fans.

Sports fans from the south of the UK are being ripped off when it comes to the average price of a pint at major sporting grounds, with Arsenal fans paying on average £1 more than Liverpool fans, according to research from ticket marketplace Seatwave.

The most expensive pint can be purchased from Lord’s cricket ground for a whopping £4.90, while Welsh rugby fans can rejoice that on average the cheapest pint (£3.00) can be found at the Millennium Stadium.

A spokesperson for Seatwave commented: “As you’d expect, southerners are shelling out more for their drinks than the rest of the country. However, when the sports are compared there isn’t much in it, this perhaps disproves the theory that cricket is a game reserved for the upper-classes.”

About the Seatwave group