These are the dramatic no holds barred photos that shine a light on the world of British bare-knuckle boxing. The incredible pictures uncover the bloodthirsty events where many fights end prematurely from brutal knockouts. Organisers of bare-knuckle boxing insist the fights are above board and legal, although it remains unregulated because there is no licensing […] 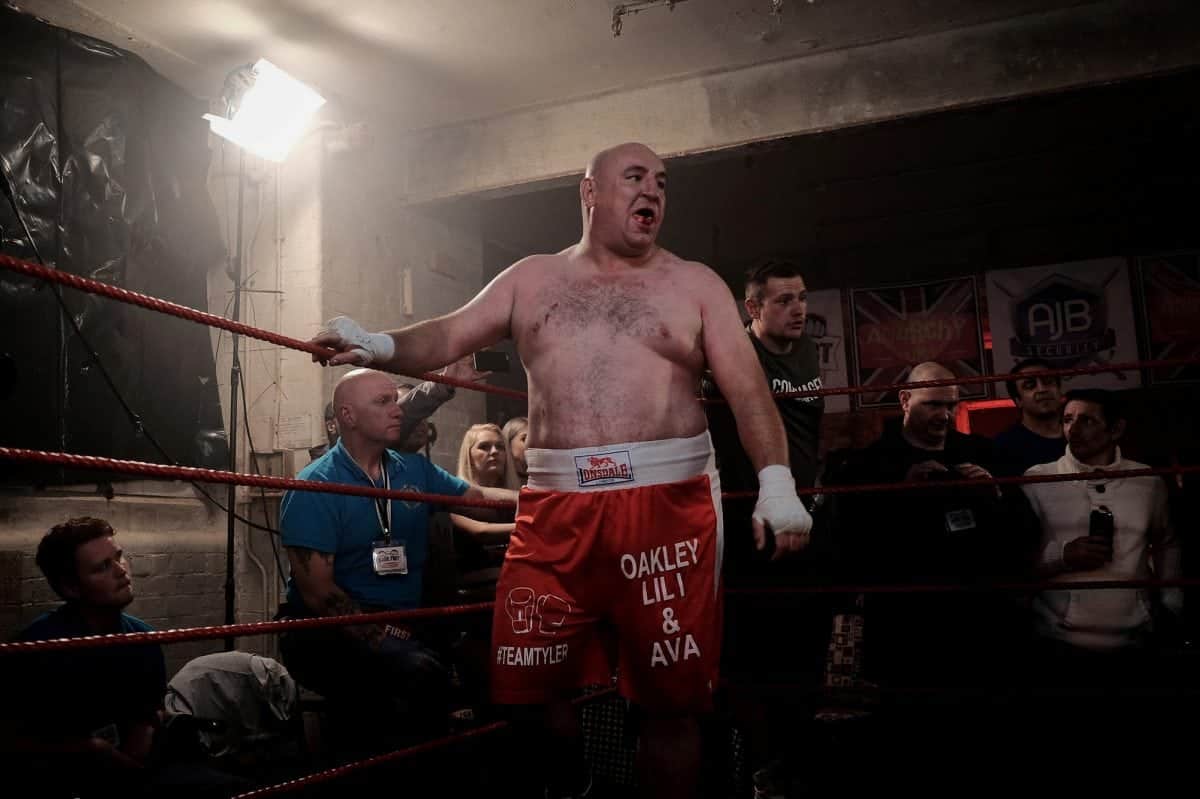 These are the dramatic no holds barred photos that shine a light on the world of British bare-knuckle boxing.

The incredible pictures uncover the bloodthirsty events where many fights end prematurely from brutal knockouts.

Organisers of bare-knuckle boxing insist the fights are above board and legal, although it remains unregulated because there is no licensing body currently in place.

The events state that gloves are banned and fighters are only permitted to wear lightweight wraps and padding.

Bare-knuckle events consist of two three-minute rounds, though they rarely go the distance. 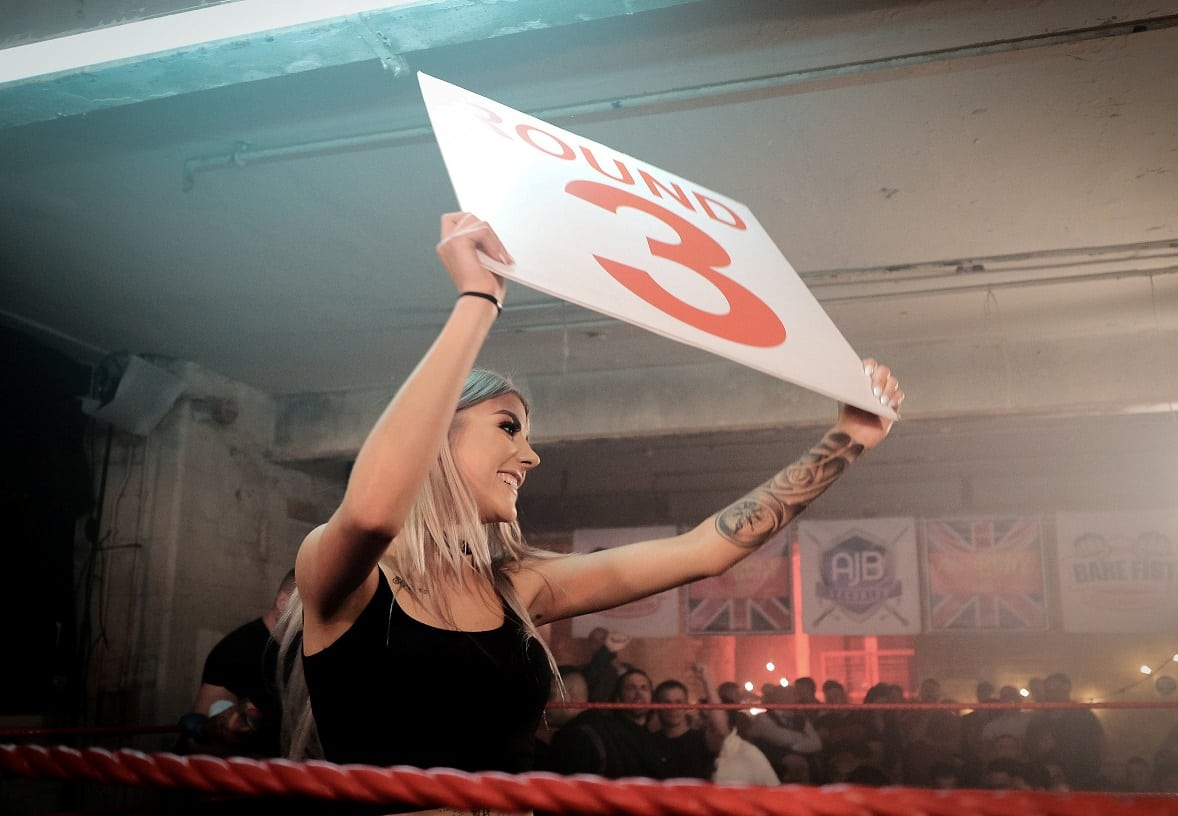 Those competing can only punch and fights are often stopped by the fighter’s support team throwing in the towel, or the referee recognising the bout is an unfair contest.

The pictures were taken at an event last year called Blood Sport 2 and was held in an old cotton mill a few miles away from Bolton Town Centre, Lancs., by photographer Keith Vaughton.

Keith, from Morris Green, Greater Mancs., said: “I think people see these films like Snatch, which portrays illegal, bare-knuckle fights between travellers and they got the wrong impression.

“There was a genuine camaraderie between the fighters. There was none of this, ‘I’m going to kill you’ or anything like that.

“After the fights, there were hugs, laughs and handshakes. There was no animosity whatsoever.” 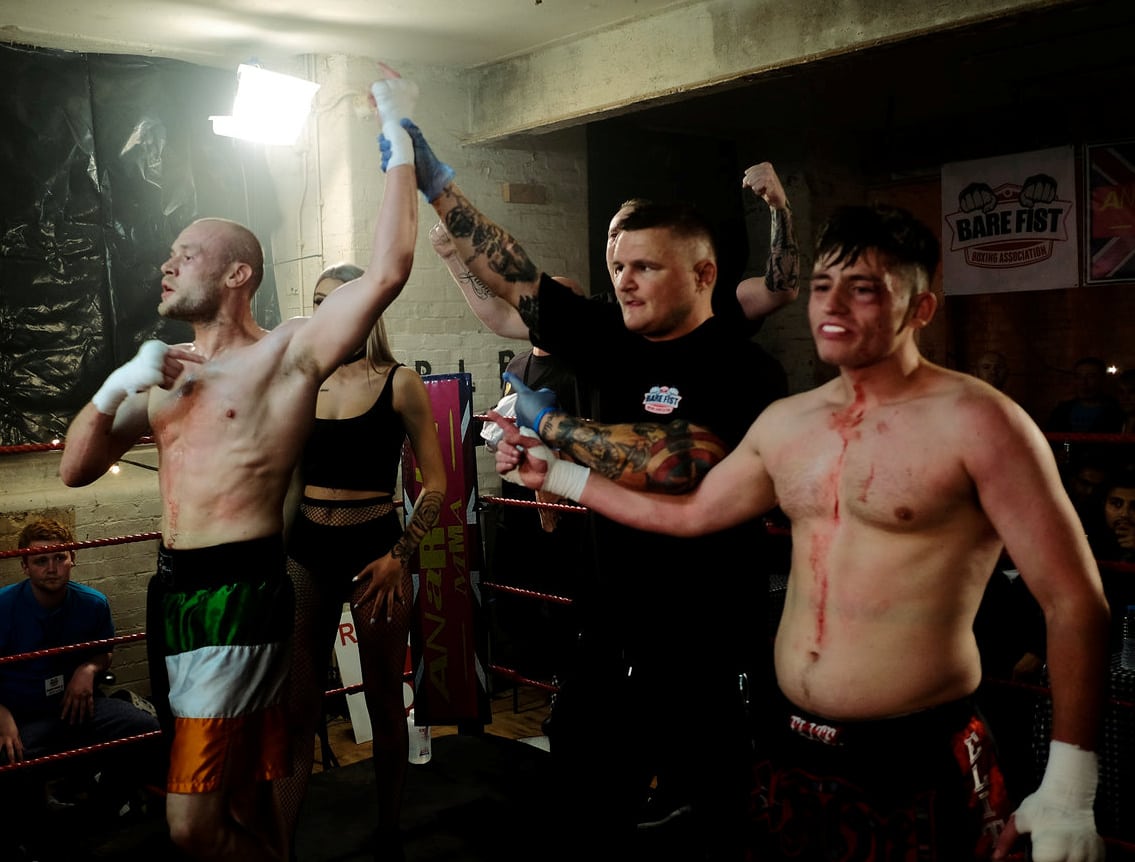 He said: “There may be concerns among people who don’t know about the sport, but it’s only bare-knuckle in name.

“The fighters have wraps and padding on their hands. That’s to protect the hand and also to protect against cuts to the opponent.

“We don’t want to see people getting battered. We’re there to watch a sport.

“An unorganised event might take place on a car park where 50 friends of the other fighter show up unexpectedly. That’s dangerous and it’s not we represent.

“This way, if you want to compete, you can go to a safe, managed event. We have a medical team on hand and full security.

“We have a very experienced referee. One of our fights lasted only a couple of seconds.

“The referee saw immediately that it wasn’t a fair contest and stopped the fight which was a decision that we fully supported.” 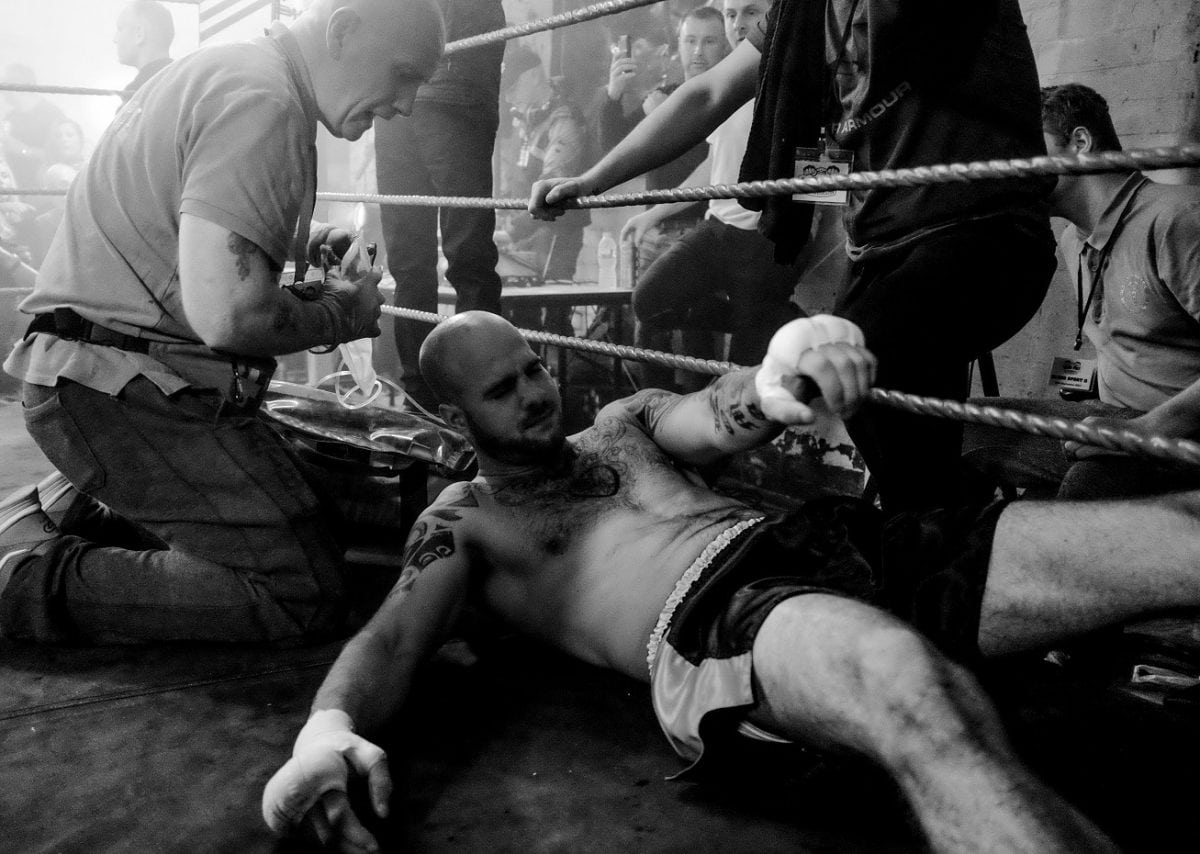 Mr Bowling expects to see bare-knuckle fighting become a mainstream sport in the next two years, mimicking the rise of Mixed Martial Arts’s rise from the underground to a prime-time TV sport.

“Our fighters work hard and train hard. They’re serious about it,” he added.

“If MMA can go mainstream – a sport where you can actually knee someone in the head – then I’m pretty sure we could.

“It’s legal, but if the Government turned around tomorrow and said, ‘it’s outlawed’, we’d be the first to say, ‘well, we had a good time, but it’s time to give it a rest’.

“There is no licensing body for bare-knuckle boxing and we would love for the Government to allow us to come together with other boxing groups and set one up. 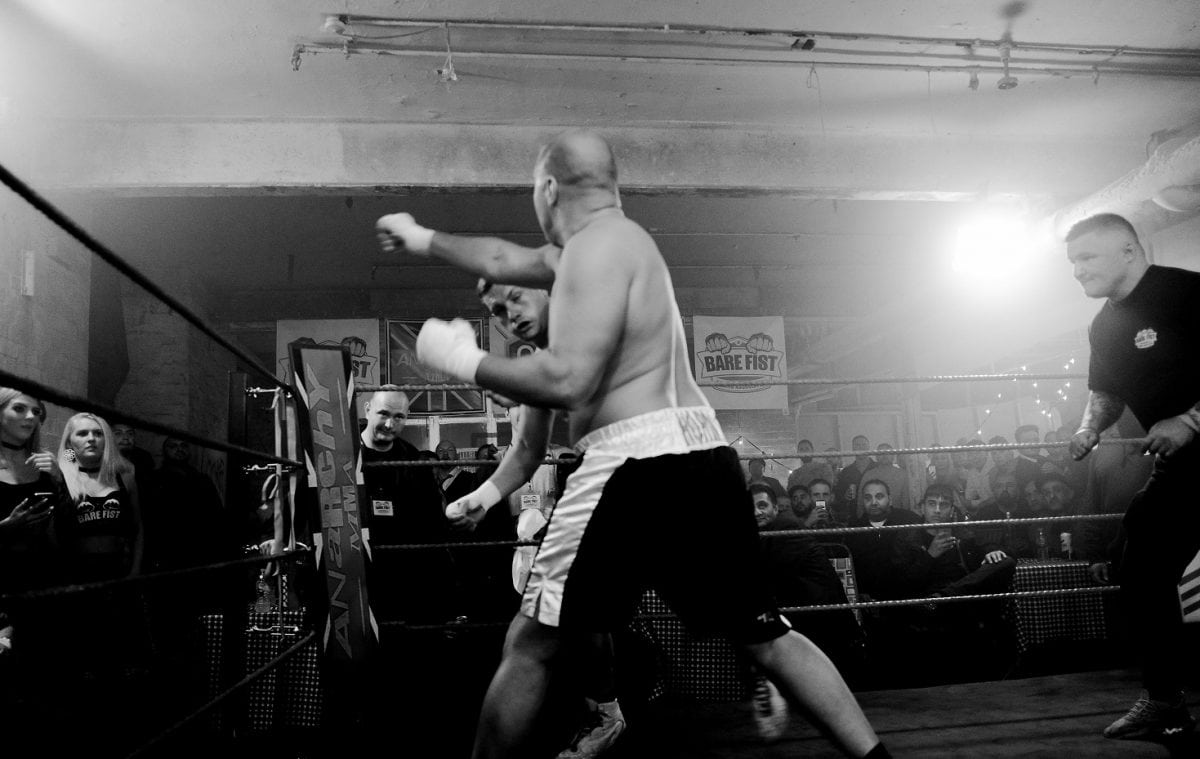 “In other sports such as football, unlicensed events take place all over which aren’t illegal.

“If we are boxing in the back of a pub or in a car park it would be different but we choose our venues as early as possible and have security, everything is above board.

“We always pick a professional venue, conduct risk reports and don’t have any trouble.

“The pressure comes from local authorities who expect trouble but we are professional.”

Bolton-based Bare Fist Boxing Association is due to hold their next event a bare-knuckle event at Bowlers Exhibition Centre in Manchester, Lancs., on Saturday, March 17.

Tickets to the Bare Fist Boxing Association’s event cost £30, or £50 for VIP tickets.